Guaranteed Prize of One Million Euros in the MMC Studios

In the “SKL-Millionen-Show“ (SKL-Millions-Show) one of 20 contestants is sure to become a millionaire. On the latest show, which was recorded in the MMC Studios on April 29, 2015, Margit Schroeder from Upper Bavaria won one million euros. Three celebrity guests worked enthusiastically to bring luck to the candidates.

120-Minute Show Filled with Premium Excitement and Entertainment:
To get a chance to win the million-euro prize, would-be contestants needed an SKL (Southern German Class Lottery) ticket and a bit of luck. Contestants were chosen to participate in the show—which took place in the MMC Studios in Cologne—by a random selection from among all players in the lottery.

The excitement of the 20 contestants—who took part in the SKL-Millions-Show in MMC Studio 36—was accordingly high. They knew that one of them was guaranteed to go home as the winner of a million. 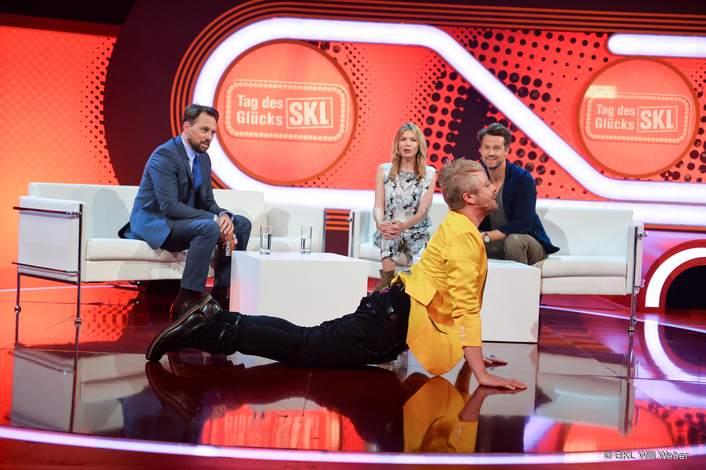 The celebrity guests showed a total commitment, as their goal was to generate money for charitable purposes. And obviously, they also contributed to the luck of the prizewinner in the end.

All figures together that had resulted from each round formed the lucky code. The last two digits were determined by the world’s largest lottery wheel. In the end, the digit sequence 2060826 made the candidate, Margit Schroeder, the prizewinner of one million Euros as her lottery number was closest to this lucky code.

The new millionaire, the celebrity guests—who in the end won 33,300 Euros for a charitable purpose—and the spectators all benefitted from the show. For the spectators, the 120-minute show brought great excitement and premium entertainment.

The musical highlight of the show was provided by Ross Antony who performed his new song “Bewundernswert“ (i.e.: admirable), live. René Richter contributed an artistic highlight—he showed that no one else has as powerful a bite as he does. Richter split a 2-euro coin with his teeth; held the thread of a drilling machine with his teeth until the motor started to smoke and even until the machine collapsed. And finally, he whirled Ross Antony through the air, as living carousel. 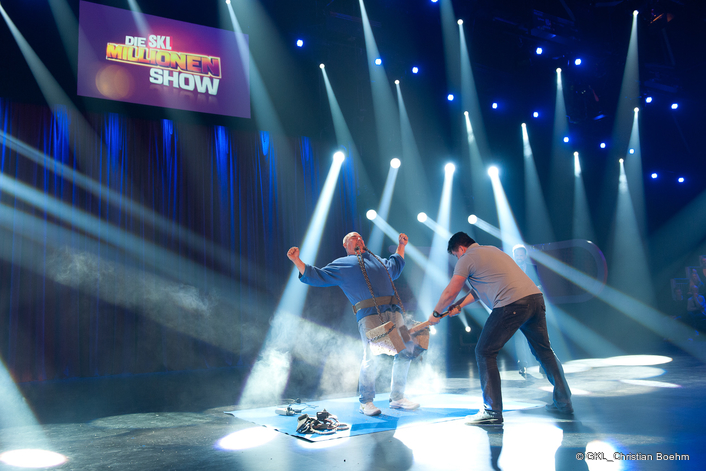 Production Notes:
'Die SKL-Millionen-Show' was produced by Brainpool TV. The show was recorded on April 29, 2015, at the MMC Studios in Cologne, Germany.

Ladislaus Kiraly directed the show, where a total of 8 cameras were used in the MMC Studio 36 which has a total area of 17,500 sq ft. 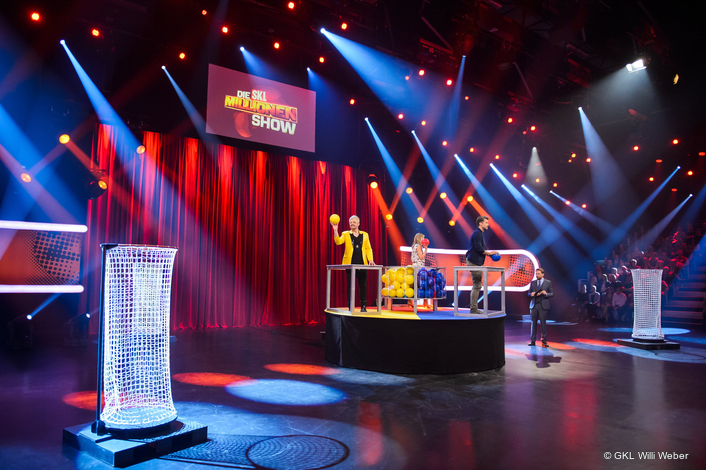 The video signals were mixed on a GVG Kayenne XL (3.5 M/E) at MMC’s HD control room 11. The playbacks were carried out via four channels on a Grass Valley Summit Server. One EVS XT2 was used for the highlight editing and the Super SloMo. For the recording, six Sony XDCAM VTRs were available. For the audio signals, a wireless system Sennheiser DIGITAL 9000, DPA 4066 headset microphones, and receiving systems SR 2050 by Sennheiser were used, among other. The audio signals were mixed on a Lawo mc²56 console at MMC’s audio control room 11. 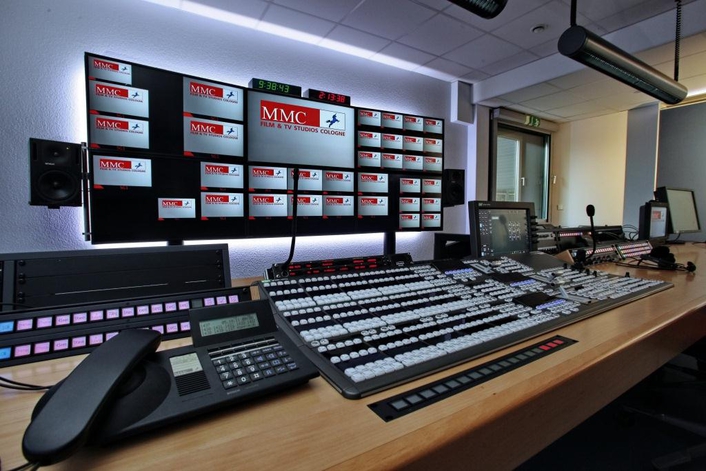 Nico Roden, MMC’s Director Sales & Production, says about the project: "We’ve been supporting our clients for quite some time now with regard to productions that shall be distributed in the Internet or cross-medially. With the entertaining SKL-Millions-Show, we have realized another production that successfully reaches an audience online."

Viewers have been able to watch a full-length version of "The SKL-Millions-Show" at www.skl.de since May 6, 2015 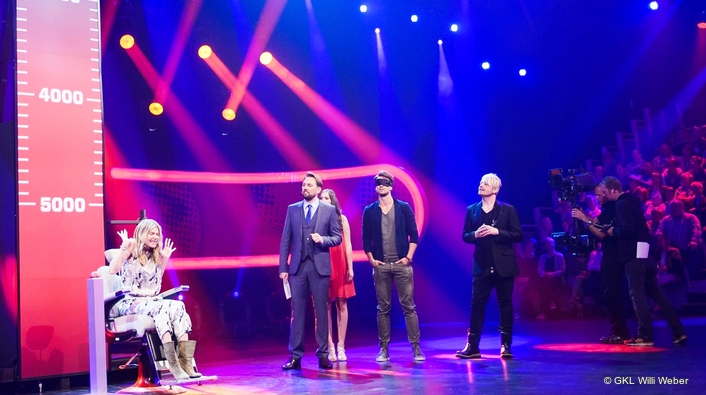 About the MMC Studios Köln GmbH:
The privately held MMC operates one of Europe’s largest and most advanced TV and film studio facilities. MMC Studios in Cologne are the hot spot for every kind of moving-image production in Germany.

Through its excellent studio infrastructure, state-of-the-art production technology, its highly efficient post-production, an excellent art department for set design and construction, and its experienced staff, MMC Studios Köln GmbH is the leading service provider for entertainment shows, daily soaps, and TV-series in Germany. Furthermore, feature films with national and international stars and a wide range of company events are produced in the MMC Studios.

In its Creative Space, web video formats are being developed and produced. eSports and gaming events find excellent production conditions at MMC Studios as well. A total of 118 people were employed at MMC at the end of 2014.