Making a MegaPointe at Transmission 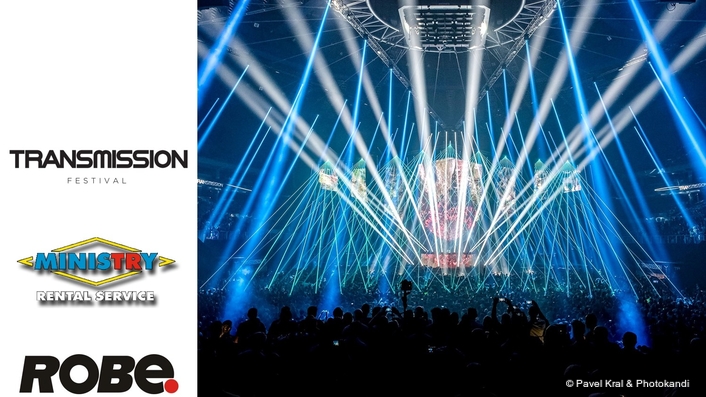 For the 2017 edition of the Transmission Festival, the ‘Spirit of the Warrior’, staged in Prague’s famous O2 Arena, the organisers of one of Czech Republic’s most popular dance events promised their guests an unrivalled visual and sonic experience … which was delivered in some serious style by a lively and interesting creative team including lighting designer Bas Kemper, Dutch VJ collective, Vision Impossible and Rudo Tucek, owner of Slovakian rental specialist, Ministry Rental Service.

Ministry had just taken delivery of 24 brand new Robe MegaPointes in the weeks before the event ... and these multi-purpose fixtures took centre stage on the lighting plot, positioned prominently around the DJ booth at the suggestion of Rudo.

“I was really keen to get MegaPointes right at the epicentre of the event” explained Rudo, “so deploying them around the DJ booth was an obvious place”.

Two rows of eight MegaPointes were placed directly in front of the DJ mixer with another eight on a truss directly above. 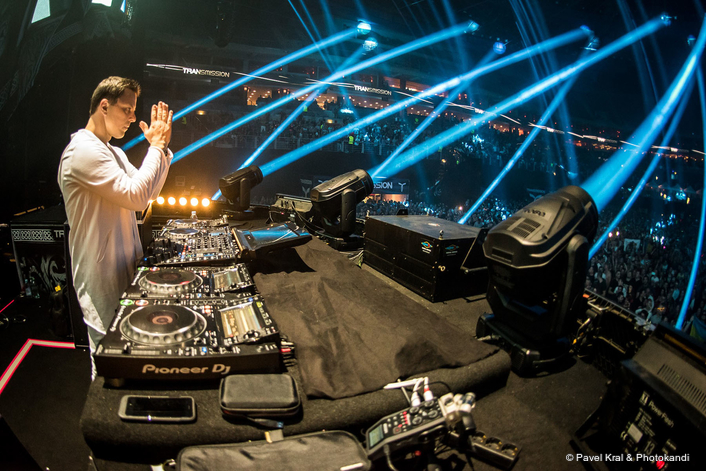 From these vantage points, they made an awesome impact around the massive arena space and were a key element in the mission to create a spectacular environment showcasing the innovative and carefully selected line up of international trance gurus erring towards alternative rather than mainstream.

LD Bas, based in Netherlands, focussed on bringing fresh and invigorating lighting and visuals to dance and electronic events and festivals – and has worked on all the Transmission events since the start of the concept 12 years ago in Prague. 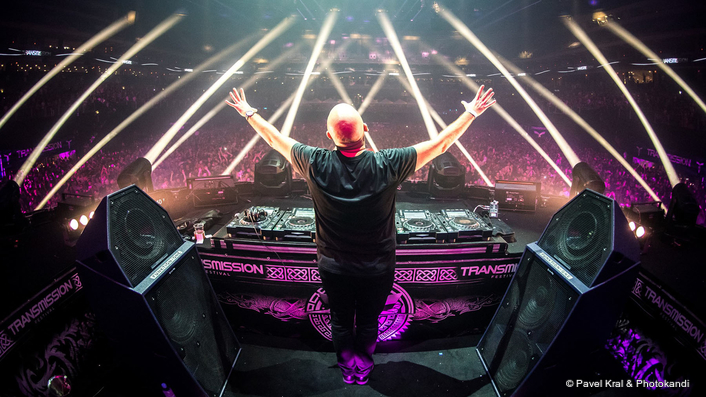 Anco van der Kolk, founder and owner of United Music, the main organizer of Transmission, also has his roots in the Netherlands and asked him to operate lights for the first one with the promise of “Free beer and a nice weekend in Prague”, which proved a perfect ruse as Bas still loves working on the event and visiting the Czech capital!

In 2007, a year after its inauguration, the Czech event moved to the O2 venue and kept growing in profile and ambition, and over the last two years, the entire Transmission concept has gone more international with events in Slovakia, Australia and Asia.

A typical Transmission stage design will include a large upstage screen, which this year comprised 260 square metres of LED, with the central portion shaped like a shield in keeping with the Warrior theme developed by Vision Impossible. Behind this were some detailed cloth elements, designed by Bedrich ‘Ciggi’ Vlach who also has a knack of creating multi-layered ‘soft’ sections so they look like a solid scenic piece when lit.

For Bas, with these ‘set’ pieces in place, the task was to get the right balance of lighting, video and lasers in the best places around the room, to complement and contrast, and with enough variety to keep the looks rocking and the movement fluid and dynamic for 10 continuous hours of full-tilt trance!

As part of this philosophy, the placement of the MegaPointes was critical for bringing the stage and set alive with their intensely powerful high quality beams.

It was the first time Bas had used Robe’s newest moving light fixture – he jumped at the chance once it was confirmed that Ministry would have them available. Beforehand, he had already heard plenty of positive feedback and good stories, both in person and from assorted internet sources.

“I needed an extra punchy light source centre-stage to emphasise the DJs, and the colours and output of the MegaPointe are ideal for a show like Transmission. They are great fixtures for lighting trance music in general”, which means lots of big lifts and drops, swirling anthemic beats and repeats and pumping tempo changes.

The MegaPointes certainly made their presence felt … even in scenes where there were hundreds of other lights on plus video content active on the screens, they clearly stood out from any other lightsource on the rig, even when in darker colours!

Their positioning also reinforced the centrality of the DJ booth at the heart of the event. 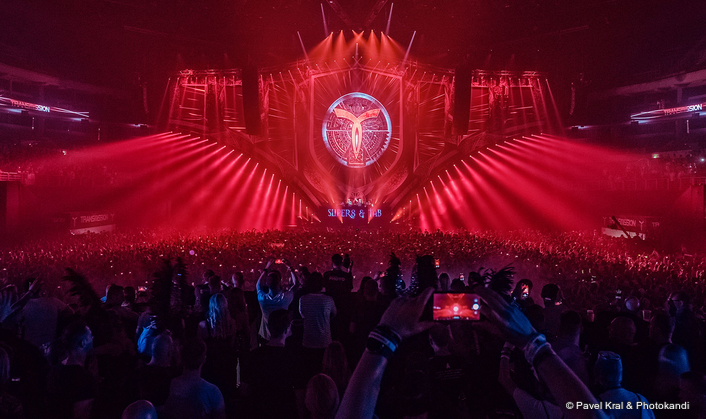 Bas has used Pointes and BMFL WashBeams on previous Transmission Prague festivals over the years – there has always been some Robe products on the rig right from the start.

He’s also been familiar with Robe since the brand was launched in 2002, in fact even before that, when the company was a leading OEM manufacturer. “It’s a very reliable brand with some great fixtures and is now a key market player,” he comments.

Ministry Rental Services have also been working with Transmission Prague for a long time, and in addition to lighting, as a preferred supplier, they provide lasers and LED screen. “The kit is always well maintained and immaculately prepped, their crew are excellent and everything runs smoothly on site,” stated Bas.

Running lights on the night were two very experienced operators and regular collaborators with Bas – Martijn Deenen and Zis Ankone. 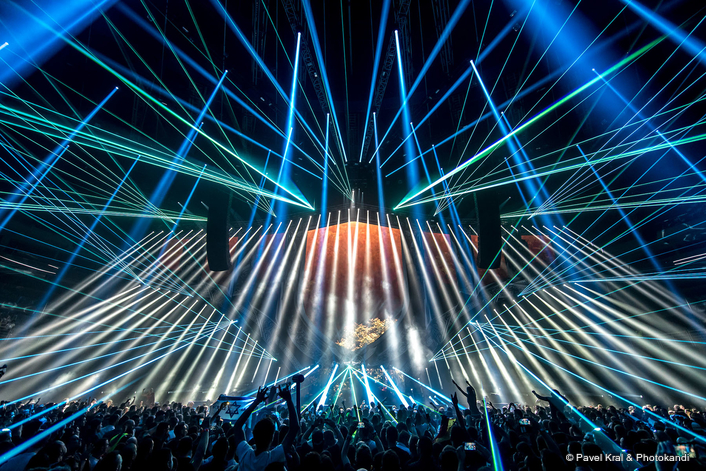 The laser operators were Adam Chrenko and Rudo Tucek, and they were running 24 full colour laser systems and 18 red bar-lasers, all adding to the rich visual mix.

Rudo is delighted with his initial investment in MegaPointes, and the plans are to double Ministry Rental Services’ stock of this new fixture in the near future!

“It’s a very interesting luminaire with great potential” he says, “It can do a lot of things that were previously only possible using large 1000W spots, AND MegaPointe can also produce an excellent beam. Until now, this type of fixture - with the short-arc lightsource - could only do a good beam.

“So we have great quality spots and beams with a fantastic light output, consuming only half of the power of larger units! It’s also lighter and has the prisms plus so many other effects – it is an extremely well designed and thought-through fixture!

“MegaPointe fills a large gap in the market, because rental houses no longer need to purchase two types of light for beam and spot effects … just the one!”