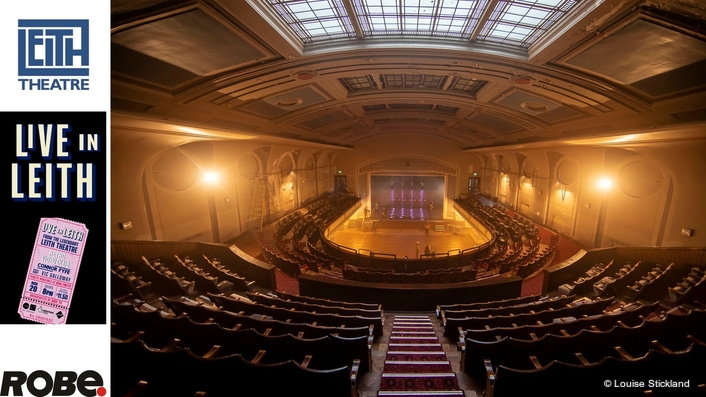 Live in Leith’ is a series of PPV (pay-per-view) digital gigs recorded at the fabulous Leith Theatre, Edinburgh, UK, combining some of the best rising star music talent in Scotland with spectacular production values – including Robe moving lights – which were used for two of the three initial set of broadcasts. The four featured artists – two per gig – were lit by two of Scotland’s leading lighting designers, Grant Anderson and Sam Jones and played captivating sets. Ransom FA and Nova Scotia the Truth brought clever and intricate verbiage and cool beats from the edge of Scottish grime, while power pop and post-punk rocked the house with Lucia and The Best Boys and The Ninth Wave.

The gigs are presented by BBC Radio Scotland DJ Vic Galloway and were produced by Lynn Morrison and Callum Jones for the Leith Theatre Trust. The six (in total) recordings were also the first fully in-house productions staged since the venue reopened in 2017 – lighting up the space with energy and superlative music – and will be streamed via Dice TV on three consecutive Saturday nights in March / April 2021.

More than that, the concerts also provided a valuable opportunity for some Scottish production professionals to work for a week in this very special venue, enabling rental companies like lighting supplier (for shows 2 and 3) Black Light which is headed by Calder Sibbald to get back to doing what they love best! 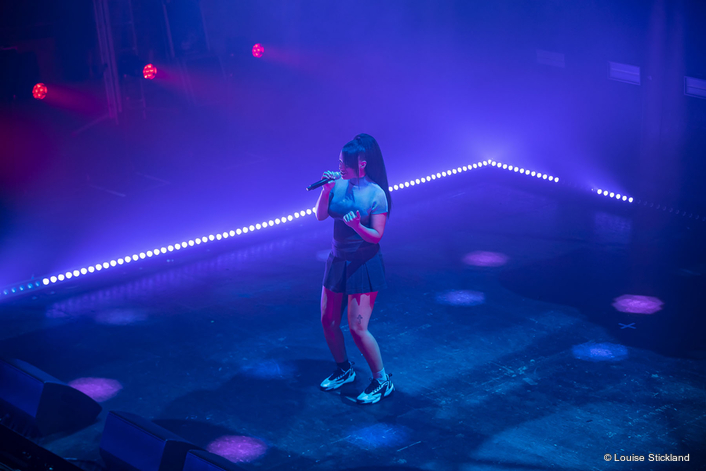 Built in 1932, the charismatic 1500 capacity Leith Theatre was a hub of the community that has survived World War Two bombs, the threat of demolition and nearly 30 years of mothballing when it closed in 1988. Immediately prior to that during its live concert heyday in the 1970s and 80s, the likes of AC/DC, Thin Lizzy, Kraftwerk, Status Quo and many more rocked it to the foundations!

In 2017, it was reopened by the Leith Theatre Trust which, now led by executive director Lynn Morrison and production and programme co-ordinator Callum Jones – is in the process of restoring it to its former glory as an architectural masterpiece as well as a force for music, entertainment, performing arts and other creative projects. 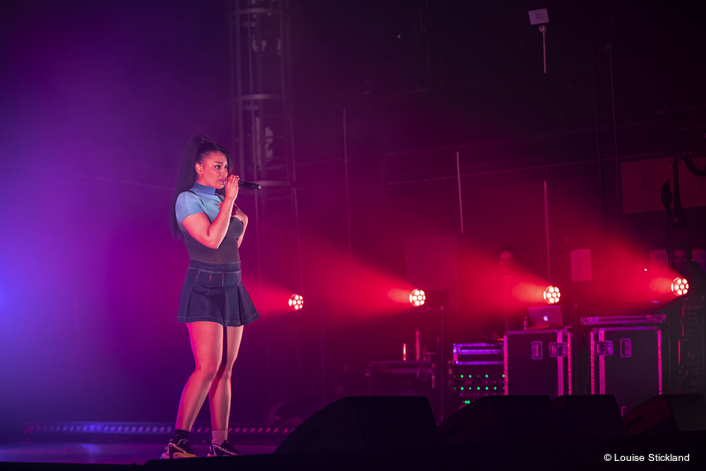 Closed to the public since March 2020 – like all UK venues due to the Coronavirus pandemic – Live in Leith is part of a host of fundraising and campaigning to support the venue’s redevelopment and eventual full reopening as a vibrant and proactive live music and arts hub.

Lighting production for Live in Leith was specified by both Grant and Sam and based on the range of kit that Black Light had available in their warehouse, which included several different Robe fixtures.

The goal of these concerts was to create ‘broadcast quality’ livestream content for sharing in an intensively competitive market where the pressure is on to stand out in terms of quality music, presentation, and production.

The first recording session of the week starred Ransom FA and Nova and was lit by Grant Anderson, who utilised 15 x Robe BMFL Spots rigged in trusses flown high up in the roof of the main auditorium stage, together with eight Robe LEDBeam 150s, positioned four a side on boom stands for cross-stage lighting.

He also deployed two Robe Spiider LED wash beams in the downstage corners as floor level key lights for the artists …. together with an array of other fixtures.

Grant has worked on several pop-up shows and art installations at Leith Theatre in recent years, mainly for the Edinburgh International Festival, and was excited to be asked to light the grime session for Live in Leith because he was very inspired by the music and it gave him the chance to take a “completely different” and highly imaginative approach to lighting.

His mission was to create an interesting and stimulating stage environment that was also stark, raw, and clean, allowing the focus to remain firmly on the artists, their lyrics and song narratives … so lots of strong, bold, powerful looks, saturated colours, and dramatic and definite transitions. 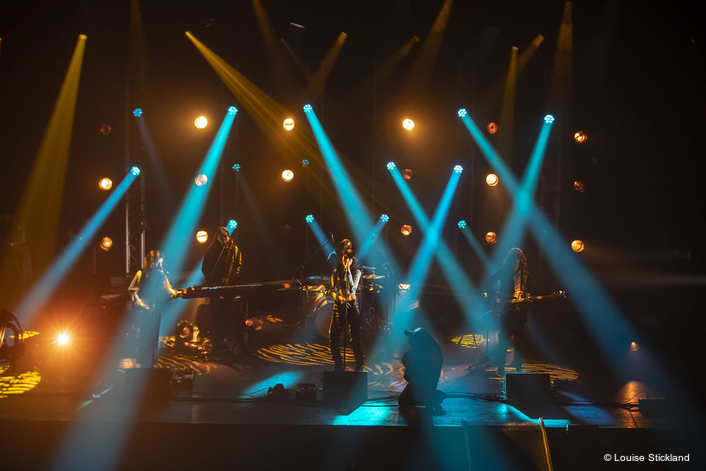 Grant has used Robe BMFL Spots countless times on his designs over the years and considered them “a staple” fixture. On the high trusses over the stage this was exactly the role they played, slicing through the other layers of light to form a palpable base luminosity. Physically, they were arranged in a square formation to mimic the LED bars which delineated the performance space at floor level.

Grant often uses Robe products in his designs which have recently included the GlasGLOW3 illuminated trail, for which he used 60 x iPointes.

Positioning the LEDBeam 150s on the side booms “completed” the design with style, giving him a bank of lights on each side to punch through and across the stage with colours, dynamics, and more beams. He enjoys the LEDBeam 150 for its zoom which boosts its overall versatility as a fixture, and he used the Spiiders for key lighting because they produce “excellent” skin tones on camera. 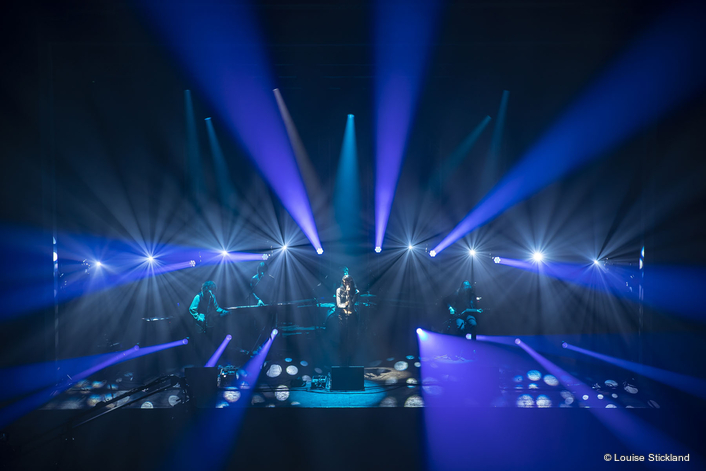 Like everyone, he was smiling broadly at being in a venue with bands and production set up onstage and working alongside a full production team … during a time where gigs have been scarce or non-existent and hugely missed by all.

Sam Jones approached lighting The Ninth Wave – whom he’s lit before – and Lucia & The Best Boys from a totally different perspective.

He had also lit the first ‘Live in Leith’ stream recording with lighting delivered by Showlite, another locally based vendor, the idea being to share the work around as much as possible during the pandemic lockdowns.

Sam utilised the same basic overhead and side rig – including the BMFLs and the LEDBeam 150s as Grant … but the fixtures were completely re-rigged, so everything looked radically different.

He brought in some extras including six upstage vertical trusses which were rigged with 24 x narrow PAR cans and 18 additional LEDBeam 150s … to introduce some classic rock back wall attitude … which worked a treat!

His starting point for the lighting design was Ninth Wave’s set for which he wanted an intense, stark, silhouettey look and multiple shades of white! His quest for alternative whites and, within that, different quality whites, led him to spec the tungsten retro PARs as a perfect contra to the LED sources. The PARs and LEDBeam 150s were arranged in columns on the upright trusses.

LEDBeam 150s also have a great range of whites as well as all the colours, and he likes their small size, lightning speed and, naturally, the zoom.

For Lucia & The Best Boys, and he added a ring of Robe Spikies on the floor around the back of the band members. “The beams look great on camera and they are so small you can squeeze them in almost anywhere without anyone noticing until they are fired up,” he commented.

Sam has used Robe products for some years, in fact right from the start of his lighting career when he first encountered Robe’s much-loved scanners in nightclubs! 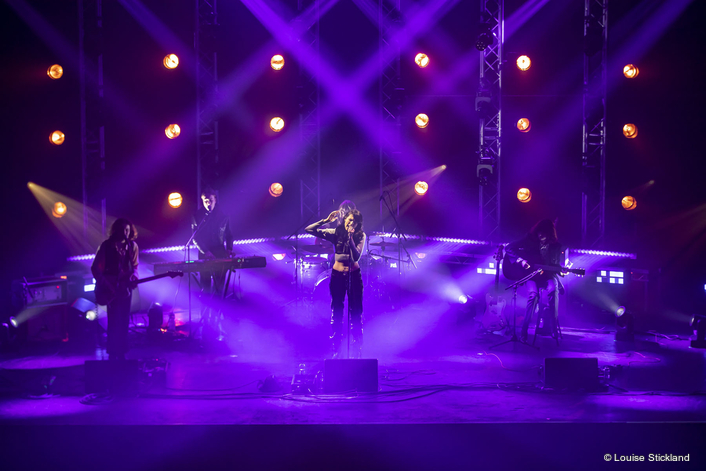 His association with Leith Theatre dates to 2017 when working as technical manager and lighting designer for the inaugural Hidden Door alt. arts festival which has become a popular annual event of the Edinburgh calendar. Four years ago, the event’s team gutted and cleaned the space – at that point derelict for 29 years – to stage the Festival, an action that kick-started a concerted effort to rejuvenate the venue.

Since then, Sam has returned many times with different productions and feels “proud and fortunate” to be part of its journey. Every time he walks in, he has a palpable sense of excitement, and feels there is something very special about the building being so central to Leith with much local support “that you can literally feel when walking around”.

He also loves the fact that it is a highly versatile space, ideal for staging anything from a big, loud lively band to a small, intimate experimental art performance.

Both Grant and Sam programmed and ran their own shows for Live in Leith and – in addition to the time spent pre-viz’ing at home – they each had a full day of on-site programming and commented that Black Light did a great job as lighting vendor for gigs two and three. 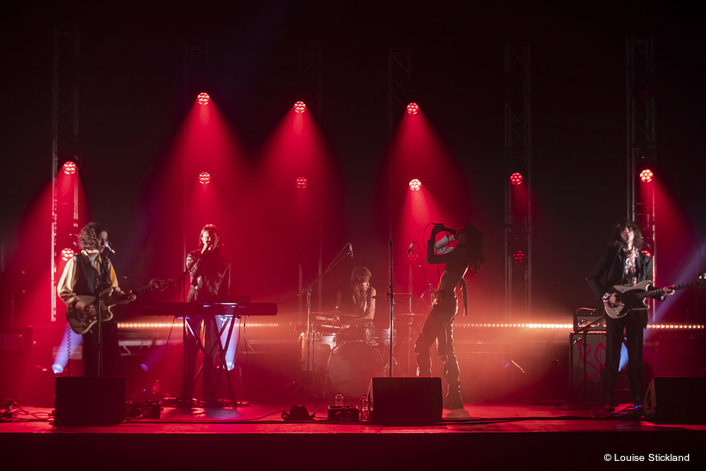 Staging these Covid-safe shows with full visual productions was a big investment for Leith Theatre, but one that has been hugely well received and valued by all involved.

Work for creatives, techs and any crew involved in live performance has been challenging in the last year, and everyone here felt very lucky to be involved in Live in Leith, especially in such a unique space which is being painstakingly restored with passion and gusto by the LTT team headed by Lynn with Callum and their colleagues Anna Higham and Hayley Scott.

Also, vital to making Live in Leith rock were sound engineers Jane Datony and Bryan Jones; video producer Ross Blair and his team from Trench One. Audio kit was supplied by DM Audio for the first Live in Leith recording and Warehouse Sound Services for the second and third, with delicious catering provided by Artisan Larder Scotland.