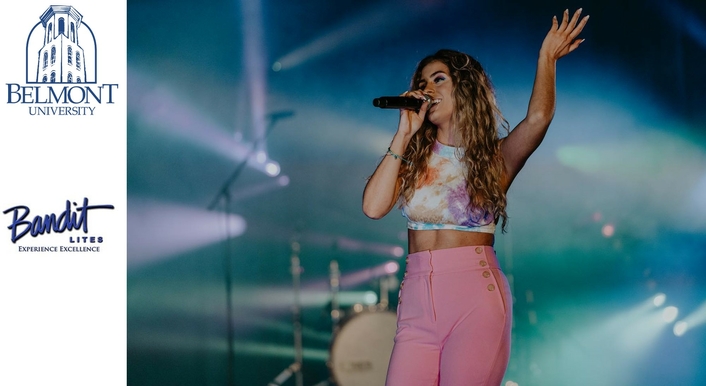 Bandit Lites has been involved with the Belmont Showcase Series since 2005 and was awarded the 2013 Robert E. Mulloy Award of Excellence by the university for its participation in the program.

Hands on experience in the live events industry is crucial, especially when navigating the tenuous first steps. Belmont University offers students the opportunity to garner real-world training in all aspects of concert production with their Showcase Series, funded by the Mike Curb College of Entertainment and Music Business. Bandit Lites supplied the lighting system for the performances, including Christian, Pop/Rock, R&B and Hip-Hop as well as Country music.

“This is a wonderful opportunity for us to be a part of the very valuable education process for those who are the future of our industry,” said Bandit Lites Business Development Officer Brent Barrett. “Our goal is to present the entire process as close as possible to a ‘real world’ experience for the LD.”

The four lighting designers from Belmont were Amber Rhodes (Christian), Ben Boney (Country), Nikolas Sehman (Pop/Rock) and AJ Jordon. (R&B/ Hip Hop). They designed and programmed the entire system, while Belmont students performed and competed before a panel of judges in each respective category. 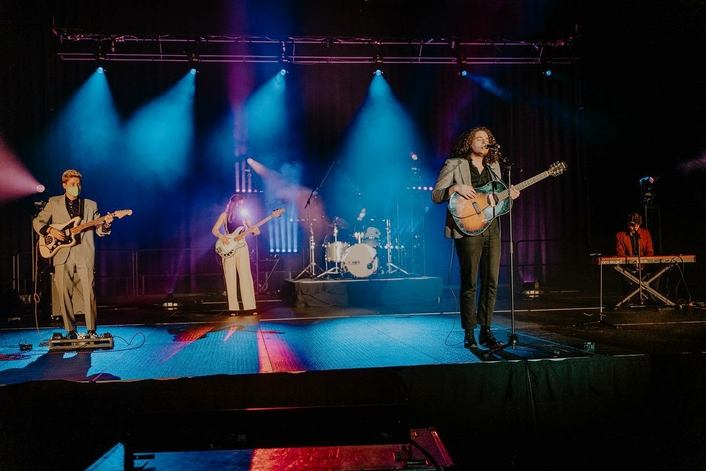 “We attempt to make each part of our involvement part of the learning process,” explained Barrett. “This starts with the initial introduction to the student LD straight through to the involvement of our project manager and the on to our onsite technicians. Financially, we attempt to teach the necessity of staying inside a budget and the importance of compromise while being realistic to accomplish the needed number. We also attempt to teach about the build process and safety considerations of a design.” 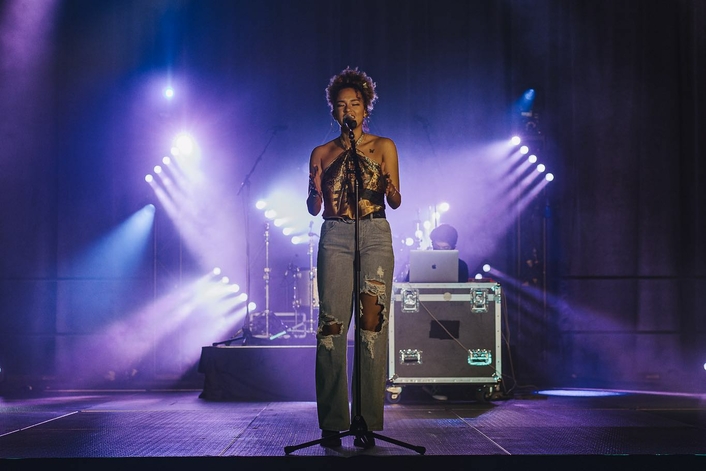 Due to COVID precautions, this year’s designs prohibited rigging as well as a live audience. With the show relying entirely on streaming, the designers had to craft a system that would hold the audience’s interest over a screen.

“I think the most valuable thing that I learned was all the considerations needed when designing a useful and attractive lighting plot,” said Sehman. “Most of my experience thus far was working on existing rigs and designing looks around what was already there. Having the freedom to design the rig from the ground up opened my eyes to the complexities involved.” 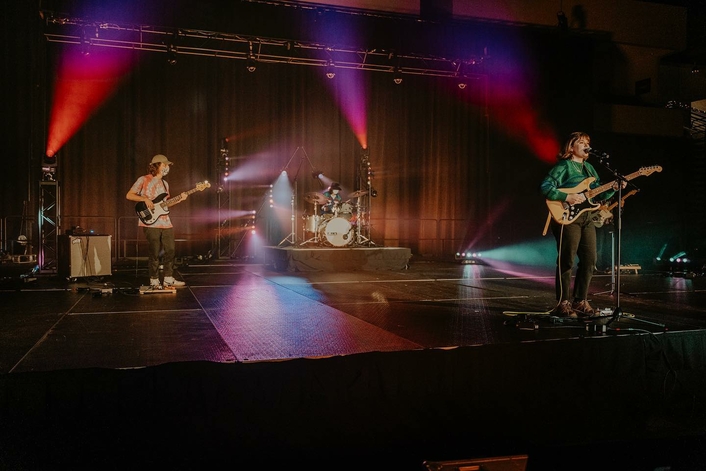 The designers were given unfettered access to the Bandit experience, complete with Bandit Project Manager Matt King, who offered advice and guidance throughout the entire process, as well as support from Carter Fulghum, lighting designer for Shinedown.

“I really enjoyed working on these shows with the student LD’s,” said Fulghum. “All of them are very talented and show great potential in the live events industry. I only hope I was able to answer any questions they had and help them on the way to a great career.”

“As a student, it can be a very nervous experience walking into a giant warehouse to work on equipment that is still largely unknown,” said Sehman. “The Bandit team was never condescending, and was extremely helpful, even when the questions I had felt trivial in my head. Beyond their warm professionalism and willingness to teach, I instantly felt comfortable with the team as people. I’ve heard it said that to survive in production a person has to learn to be a “good hang”, and I don’t think I’ve experienced a more instant example of this than my time with the Bandit team.”

“It is an honor to be involved with the Belmont Showcase Series, and we look forward to hopefully many more years of this opportunity,” Barrett finished.