Kaskade Rings in the New Year with L-Acoustics 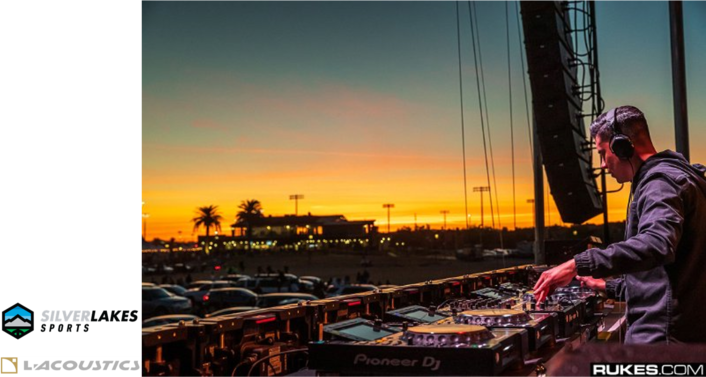 California’s SilverLakes is best known for attracting sports fans and horse-riding enthusiasts with more than two dozen full-sized soccer fields and five equestrian areas. But this past New Year’s Eve, the complex upped its showmanship game by serving as the high-energy host site for a drive-in concert headlined by superstar DJ Kaskade, who rang in 2021 on an L-Acoustics K2 system deployed by San Diego-based Pro Systems AV.

Completely selling out its maximum capacity of 700 vehicles, the show opened with sets from J. Worra and Ravell before Kaskade took the stage, wrapping up more than six hours of EDM music in SilverLakes’ concert area known as The BackYard. Presented by Activated Events, Versa, and Nederlander Concerts, the event also live-streamed to an even bigger audience via the online ABRACADABRA Festival, which prominently featured Kaskade welcoming the new year with his full two-hour set from 11:00 p.m. to 1:00 a.m. New York City time. 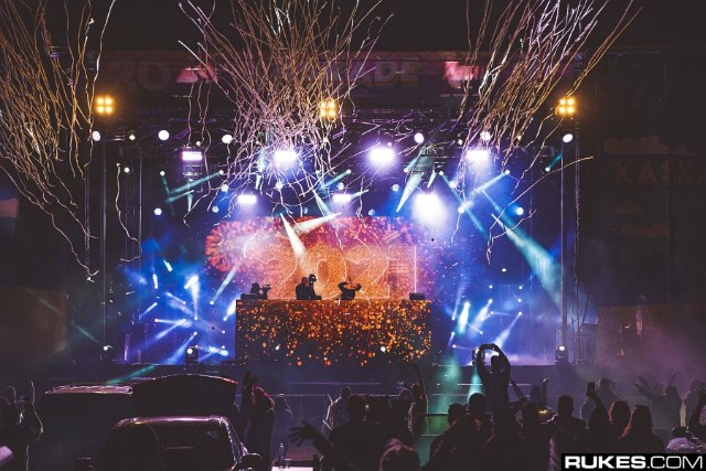 In addition to designing and deploying all of the show’s lighting and video production elements, Pro Systems AV supplied the entire loudspeaker complement, which primarily comprised flown main arrays of 12 K2 elements per side, plus 20 KS28 subs ground-stacked in five cardioid pods of four across the face of the stage. Two A15 per side, stacked on scaffolding, served as infills for the vehicles parked directly in front of the projection screens, while six towers of five Kara and one SB28 provided delay. 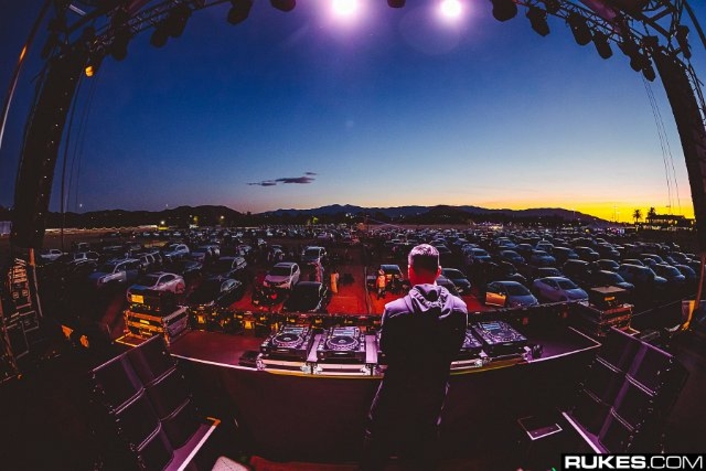 Per Kaskade’s rider, on stage, was a set of “Texas headphones”—three Kara enclosures strapped down onto a single KS28 on both the left and right sides of the DJ position for monitoring. Five LA-RAK II, each loaded with three LA12X amplified controllers, plus an LA4X provided power for the main PA, outfills, subs, and monitors, while the delay towers were driven by two LA-RAK per row.

“Considering the throw distance and SPL required for a huge drive-in show like this, we were at first concerned that we wouldn’t have enough PA; but, as always, our L-Acoustics system performed beyond expectations,” shares Pro Systems Production Manager Tom Laveuf, who notes that his company has been part of the L-Acoustics Rental Network since fall of 2017. “The main PA threw approximately 200 feet, and we had our first row of Kara/SB28 towers starting at 180 feet, pushing approximately 140 feet, and another row of Kara/SB28 at 320 feet taking coverage the rest of the way. Even though we pushed the system nearly to its limits, it gave us fantastic clarity and intensity throughout the entire audience area, left to right and front to back. Low frequency coverage was plentiful throughout the festival grounds as well, and was clearly extended by the SB28 at the base of each tower.”

Pro Systems Lead Audio and Systems Engineer Noah Lubey, who mixed FOH sound for the New Year’s Eve show, points to the tools that L-Acoustics provides as key to the evening’s success. “Soundvision and its Autosolver tools were instrumental to the design of the system, which did exactly what we needed it to do and accurately performed as the software predicted. And the controllability that Network Manager offers allowed us to monitor the PA easily and confirm what we were hearing, making changes to the EQ as the show progressed and atmospheric conditions evolved. It’s tools like this that have given us tremendous confidence in L-Acoustics. Also, with their products in the house, we know there isn’t a single rider out there that we cannot fulfill.” 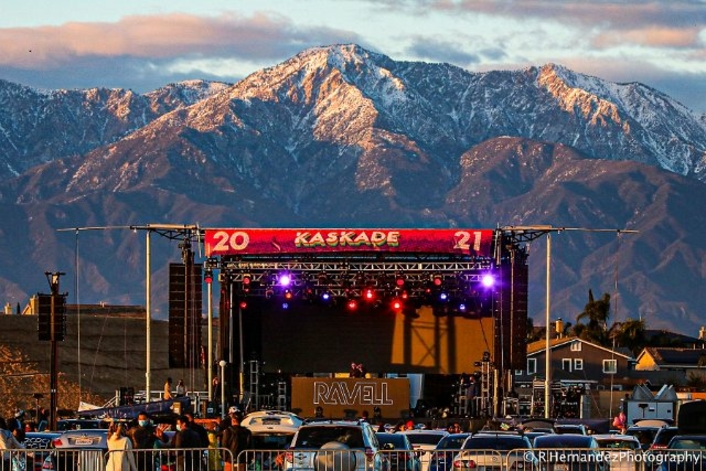 Founded in 1984 near Paris, France, L-Acoustics is the market leader in professional sound reinforcement technologies. With over 550 team members worldwide and offices in Paris, London, Singapore, Los Angeles, and New York, L-Acoustics is present in over 80 countries via our network of Certified Providers. Focused on solutions that elevate the audience experience, more than 20% of L-Acoustics’ talent is devoted to R&D in the areas of acoustics, applications, mechanics, electronics, signal processing, and software development. In recognition of creating innovative professional sound technology, L-Acoustics was named as one of Fast Company’s Most Innovative Companies of 2020. 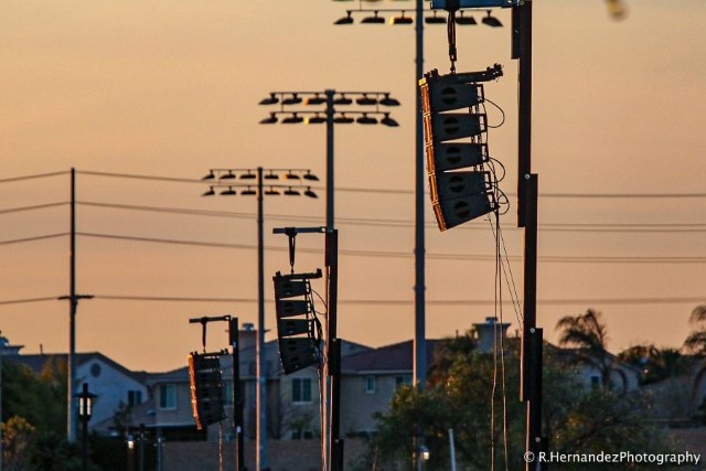 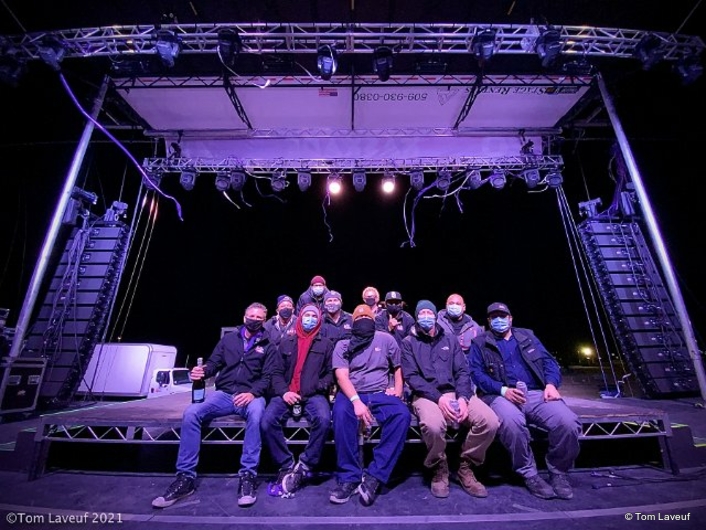