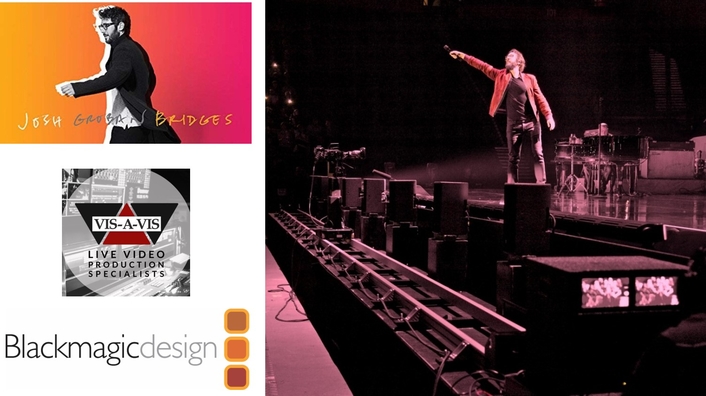 Taking in major US and UK venues, including Madison Square Gardens and London’s O2 Arena, the tour’s live production was handled by video director, Stuart Merser of Vis-a-Vis Video, who was tasked with filling the huge performance spaces with an intimate and uplifting energy. 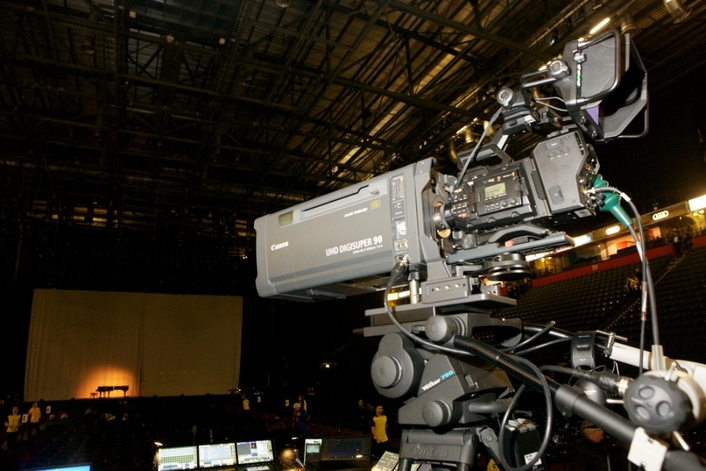 “The scale of the production was vast, with an 14 piece orchestra, a five member band and guest choirs on the main stage, as well as a smaller platform, where Josh performed a selection of quieter songs with a piano,” explains Stuart. “However, the staging for each concert was actually very pared back and simple, so that Josh could really engage with each audience on a personal level. Getting this balance right for an arena audience was key, so the tone and quality of video content had to be perfectly pitched.” 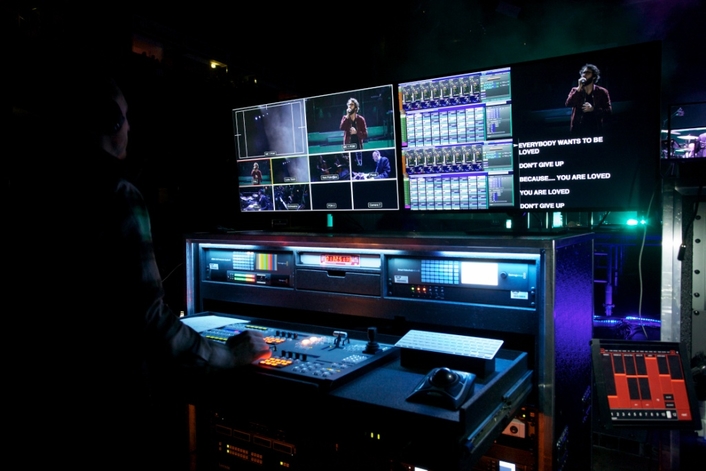 A giant 14m wide LED screen formed the entire backdrop to the main stage and featured live performance footage from Josh and his band, which was captured in Ultra HD 4K with a multicam set up comprising three URSA Broadcast and four Blackmagic Micro Studio Camera 4K.

“Having worked with the URSA Broadcast cameras on a number of big name tours, I know they deliver stunning images for arena venues, so they were the perfect choice for such a huge video screen production. We paired the cameras with a range of 4K glass, including a Canon 90:9 box, which meant every shot on screen was flawless." 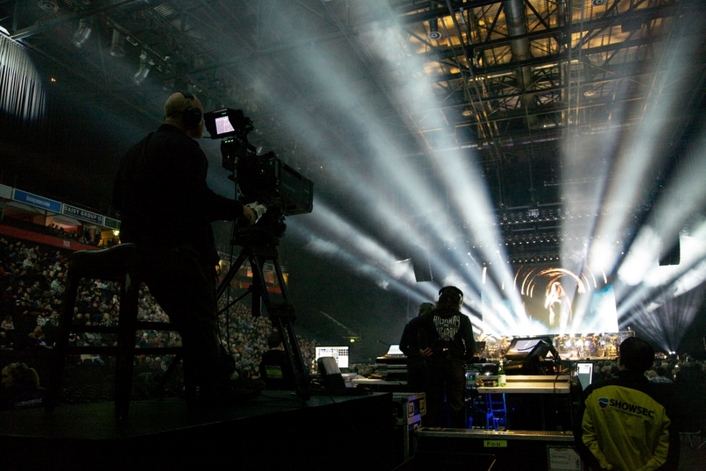 “We’ve had a lot of fun rigging the cameras to deliver some extremely creative and dynamic angles to elevate our production even further,” he continues. “For example, one of the URSA Broadcast cameras was mounted on a BlackCam B60 tracking system along the downstage edge, allowing me to move smoothly between the audience and Josh on stage for some really special moments.” 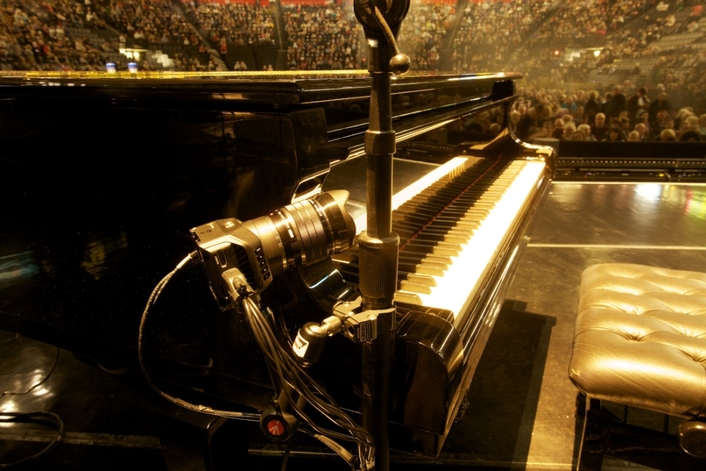 Live content was also fed through VideoDust, a real time video manipulation software, built around a series of Blackmagic capture and playback cards, and developed to create a variety of effects for a dynamic backdrop. “We were able to mix live footage of Josh with a series of graphics, such as sheet music or a sparkling, glittery background, which again added another dimension to a very simple and understated production on stage,” explains Stuart. 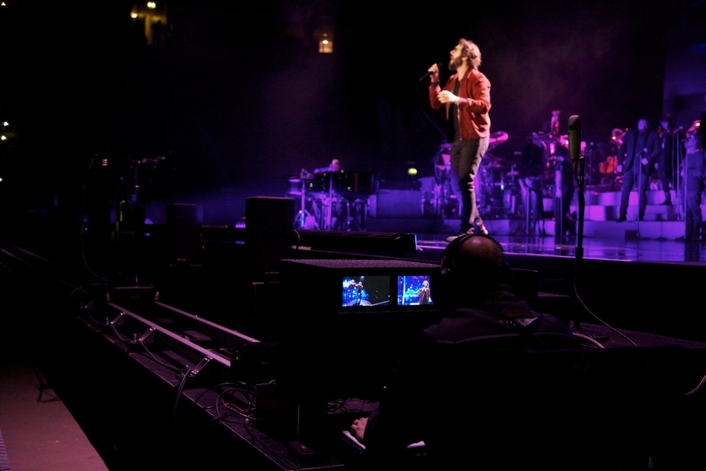 “My set up has to be able to cope with a huge range of staging logistics,” he explains. “Although we know the venues that we’re traveling to, we don’t always know exactly where video will be located, whether we’ll have direct sight of the stage, what lighting or weather conditions we might have to deal with, so the production system has to be as flexible and as robust as possible. So, as well as the main desk, there is a series of Teranex AV and Mini Converters to make sure we have the ability to get video out to screens, no matter what we are faced with upon arrival.” 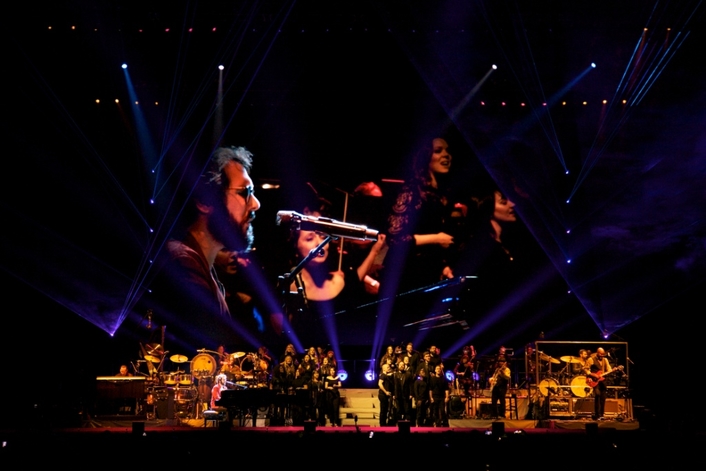 “On a tour like ‘Bridges’, creative video production plays a crucial role, as the artist wants every audience member to feel part of the performance. Video coverage has to be crisp and clear, but it also has to complement the staging; it can’t overpower with theatrical tricks and effects,” concludes Stuart. “Blackmagic cameras and production kit give me the quality of production that can stand upto large scale projection, but also have a level of detail in their creative tools and features that allow me to create a unique mix each night to reflect the energy and electricity of each live performance.” 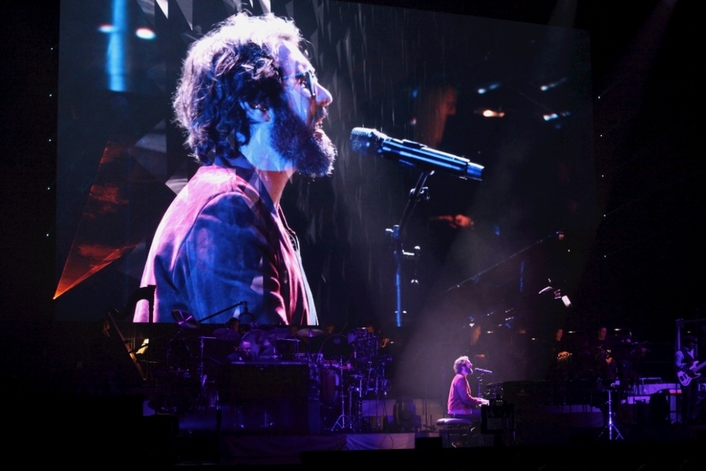