Idols South Africa votes for grandMA3: “I was very impressed with the work MA Lighting have done” 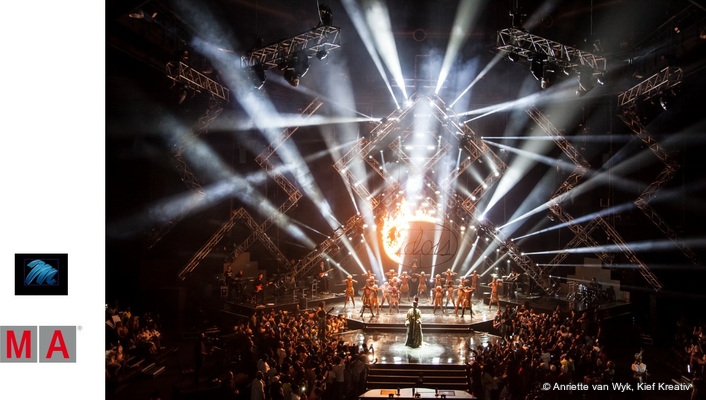 Lighting designer Joshua Cutts was thrilled to drive a grandMA3 light for the Idols South Africa 2018 finale hosted at Carnival City in Johannesburg. Hot on the hills of American Idols - the singing competition which has enjoyed 16 seasons since initially being aired in 2002 - Idols South Africa has completed its 14th season with season 15 already confirmed for 2019.

The team worked together for the ninth consecutive year and comprised of Dream Sets, who were the full technical supplier headed by Project Manager Eben Peltz, lighting and set designer Joshua Cutts from Visual Frontier with Gavin Wratten once again the Executive Producer and Director. The broadcast was aired on the Mzansi Magic Network. 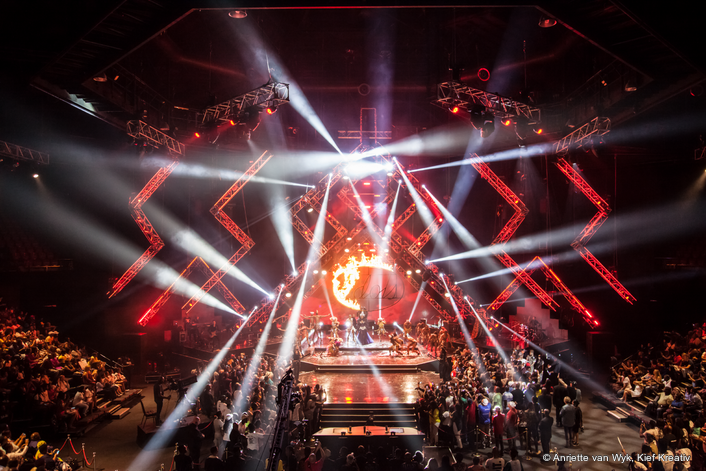 Deciding that Idols would be the ideal opportunity to test the grandMA3 light, Cutts approached Duncan Riley of DWR Distribution, MA’s distributor in South Africa, and he enthuses what a cool experience it was. “Still running on grandMA2 software, it’s still the same desk for now but with new hardware. It worked out pretty well because I broke my arm before we loaded in, and only had one arm to program with. The console was small enough for me to reach every button with one arm”, says Cutts laughing. 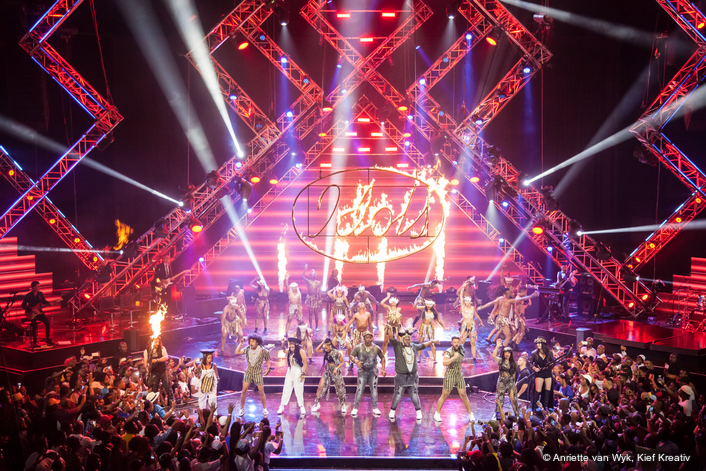 From a hardware point of view, Cutts says the new console rocks. “I was very impressed with the work MA Lighting have done on the buttons, faders, and the whole tactile experience, which I think is what they wanted to achieve,” he said. “The buttons were softer and easier to use, the faders were more responsive and the touch screen very accurate. The grandMA3 light integrated well with my grandMA2 light, the MA NPU (Network Processing Unit), MA VPU (Video Processing Unit) and MA 8Port Node. It worked seamlessly with the system and never gave any problems.” 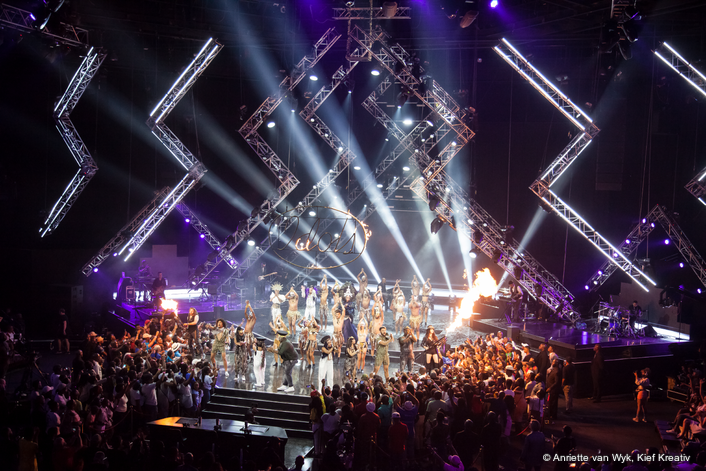 With his arm not working as it should, and Idols being such a high-pressure show, Cutts was grateful to ask Christopher Bolton to assist him. “I decided to fly Chris Bolton up from Durban to help me programme,” explained Cutts. “It’s the first time I’ve done that this year. I operated because I know the show so well, but he helped me get the information into the desk which was the tricky part. We used full on time coding. Because it’s such a tight show and we’ve being doing it so well for such a long time, Gavin Wratten and our team worked very closely together.” 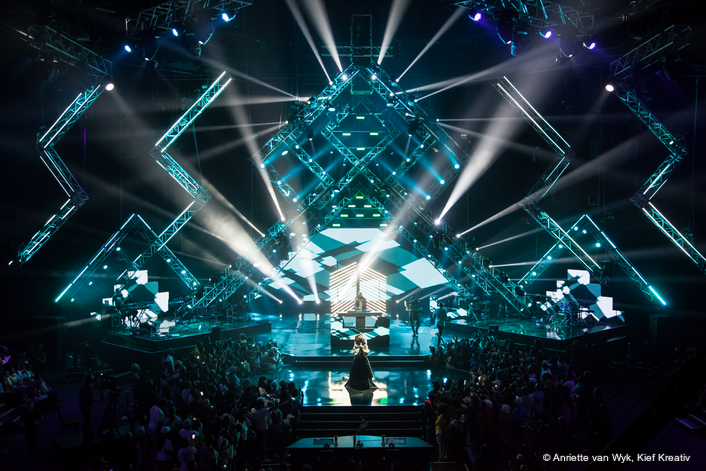 For the set Cutts sat down with Wratten and sketched some shapes. “We had done circles and squares before and we wondered what shapes we should do this year,” Cutts recalls. “We started with triangles which we found were not enough of a shape. So, we extended them and made them abstract triangles. I had to think of a way to make them interlink amongst each other. It was less about a construction of major set pieces and rather about using existing stock to achieve something.” 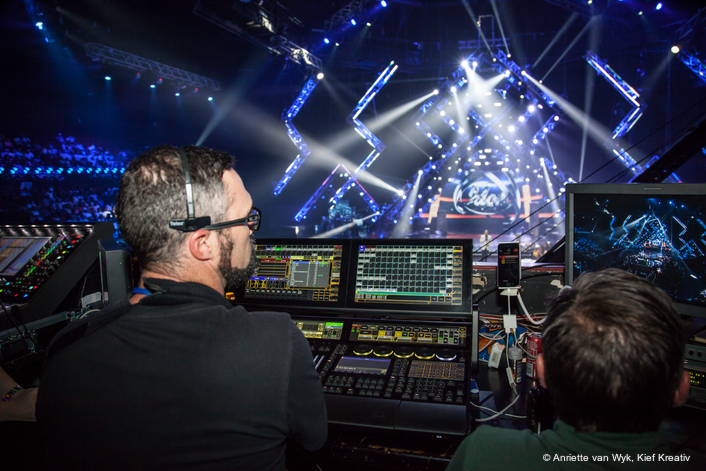 The end result was the tallest set the team had ever created in Carnival City’s Big Top Arena, reaching almost 13m high. “It was a challenge to rig, but I gave the drawings to Eben Peltz from Dream Sets and he and the rigging team built it perfectly, exactly as per my drawing, which I find amazing. Eben and I know each other so well that we can preempt what the other is going to do. I know what will help him in his job and he knows what challenges I might give him, so we work together to solve it.”