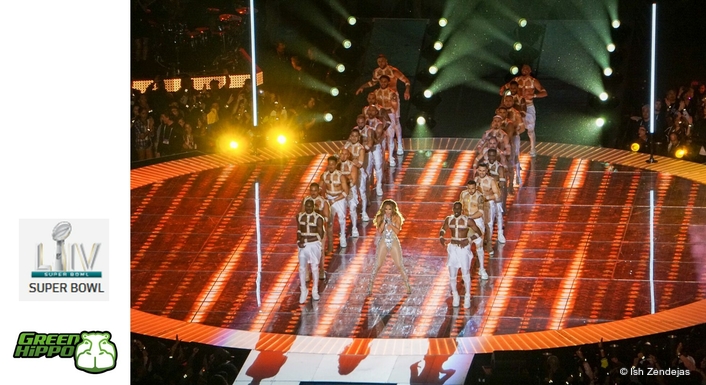 Lighting director Jason Rudolph took the helm for the visuals for the prestigious halftime show, which was produced by Touchdown Entertainment on behalf of the NFL. It took place at the 65,000-capacity Hard Rock Stadium in Miami Gardens, Florida.

With a plethora of aerial shots on the camera angle agenda, the team devised the large, round stage as an eye-catching centrepiece for the action, which was broadcast live in the USA by Fox and around the world by multiple networks.

“We used two of the new Tierra+ Media Servers on the show - one main, one backup - each doing 2x 4K outputs for the stage,” Rudolph explains. “The Tierra+ was also driving pixel-mapping outputs for the LED lighting on the stage, which were fed into an MA3 and merged so that I could control them either via the console or via pixel-mapping.” 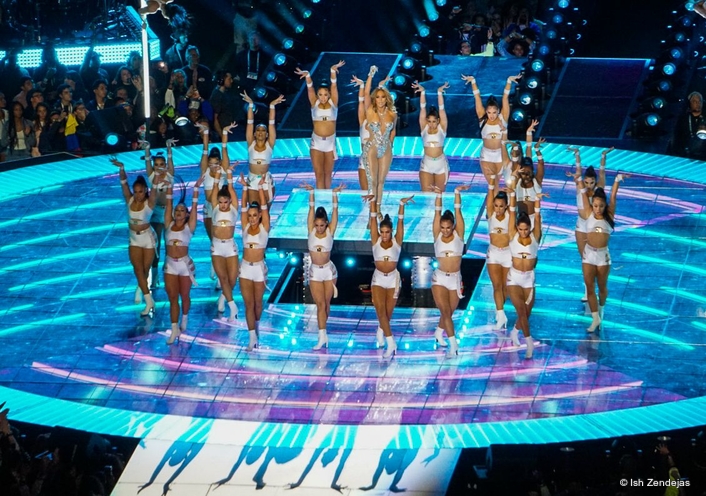 The circular stage was made up of multiple LED screen tiles, supplied by Fuse. The fiery, colourful content, designed by Possible Productions, lit up the enormous stadium, adding dynamics to Shakira and Lopez’s energetic, highly-choreographed performances. 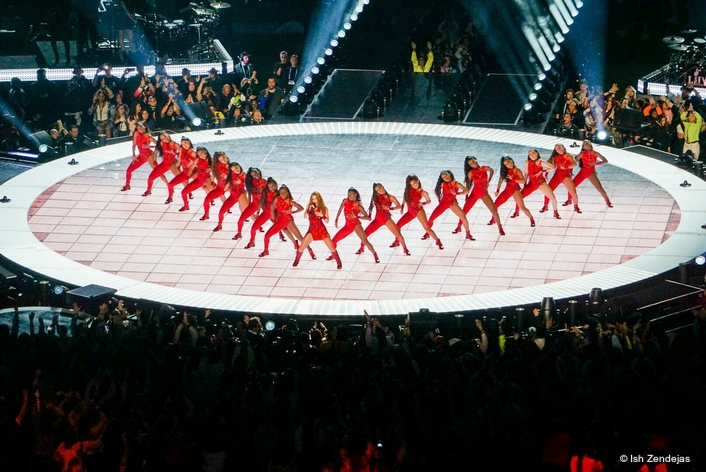 “We utilised the latest Hippotizer software build 4.5.3, and all of the content was run as FlexRes Lossless 422,” Rudolph continues. “The codec choices, as well as media management functions of Hippo are one of the biggest reasons I choose it for these type of shows - as well as the fantastic support we get from Green Hippo!”