iLive at FOH and Xone:92 in the DJ booth at INTRO 2013
An Allen & Heath iLive digital mixing system and Xone:92 DJ mixer were used at the recent INTRO Electronic Music Festival 2013 held at Shougang in Beijing.

Supplied by Sanecore Group, an iLive-144 Control Surface and iDR10 MixRack were installed to manage FOH, along with an EAW KF740 linear array system and Powersoft K series amplifier. Allen & Heath’s industry standard Xone:92 DJ mixer was supplied on stage for the performers.

From its debut in 2009, INTRO has become one of the biggest annual music events in China. With an incredible number of electronic participants and artists, INTRO has established itself as one of the most pioneering culture events. INTRO’s main organiser is renowned Chinese DJ, Weng Weng, whose mixer of choice is the Xone:92. 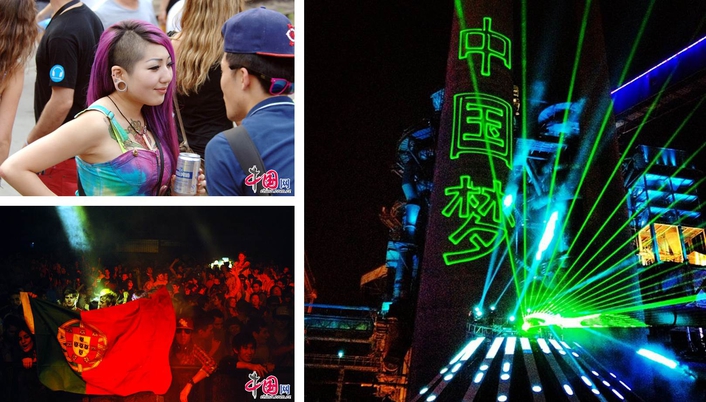 “Xone:92 was the obvious choice to spec for the event. It has outstanding sound quality and all the knobs and buttons feel great, especially the VCA crossfader,” said DJ Weng Weng. “I chose iLive as the FOH console for the same reason – trust in Allen & Heath’s great sound quality – and the event was a huge success!”