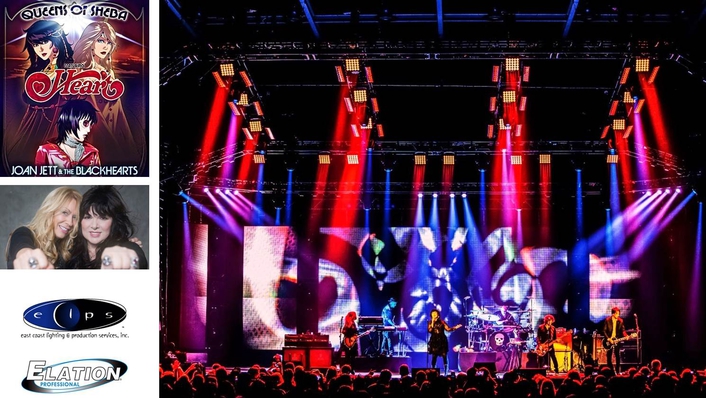 Forty years after their first hits climbed the charts, American rock band Heart teamed up with Joan Jett & the Blackhearts for a “Queens of Sheba” 2016 tour through Canada that saw the Wilson sisters performing their rock staple hits beneath an automated rig that included effects from Elation Professional’s new ACL 360 Matrix™ LED moving panels.

Dale Doucette, who has been a freelance lighting and set designer for 35 years, working with a wide range of acts from Kitaro to New Kids on the Block, also served as lighting designer/director for the Wilson sisters for eleven years prior to becoming production manager just over a year ago.

On the Canada leg of the “Queens of Sheba” tour he worked with Gabrielle “Gabi” Scheff, an up-and-coming designer with previous experience from East Coast Lighting & Production Services of Rhode Island.  “I gave her the keys to the car so to speak on this one and she has run with it and is doing a great job,” Dale said of Gabi, who he has been mentoring for the past four years. “This summer will be her first shed tour as an operator and having this Canada run has been a great way for her to get her feet firmly planted for the summer.”

Dale and Gabi incorporated ACL 360 Matrix moving panels into the design, a fixture Dale was introduced to by Elation sales personnel Blaine Engle and John Dunn. “John and I talked initially about a couple of different fixtures but we settled on the ACL 360 Matrix’s because I thought they brought a whole new look and personality to the rig,” Dale says. “They have some great capabilities and effects possibilities as well, which Gabi and I had some fun with while programming in Montreal with some real wow moments in the process. Gabi really wanted to explore what they were capable of doing by running them in extended mode, spending hours exploring what she could get out of them effects-wise and it paid off. We got some really good looking chases and effects out of her drive to make them perform. We are using 20 fixtures in the rig and they stand alone in their presence.” 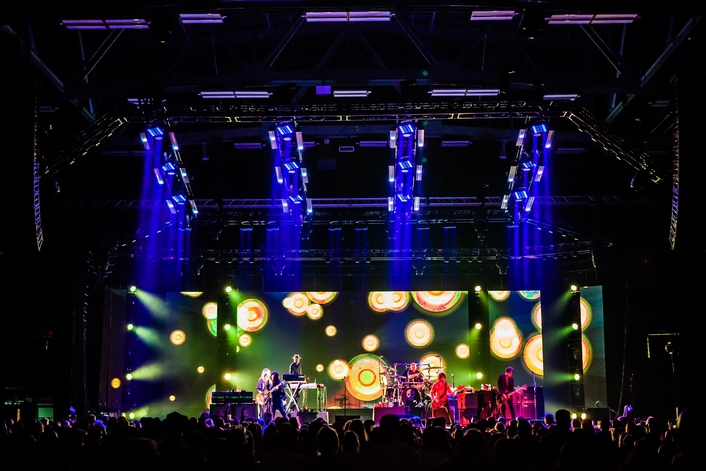 The rig is also used for Joan Jett’s set with the exception of the ACL 360 Matrix fixtures. “I chose to hold them back for use on the Heart set only because I wanted some separation between the looks of the bands,” Dale states. “Blaine and John have been great in making all this happen and the fixtures have exceeded my expectations of what I thought I could with them. They have really added that difference I was looking for and have performed wonderfully.”

The Canadian run started in Abbotsford , British Columbia on March 7th and ended in Montreal on March 21st. Solotech served as vendor for all the sound, video and lighting gear, a package that also included Elation ELAR 180 PAR lights as well as other automated lighting gear plus LED video screen. “David Bergeron of Solotech , who has been a great friend and crew chief for a couple of tours with Heart helps me make my vision quest as we call them become reality in auto cad form,” Dale comments. “This whole concept was draw on a napkin and passed along to him to bring to life.” 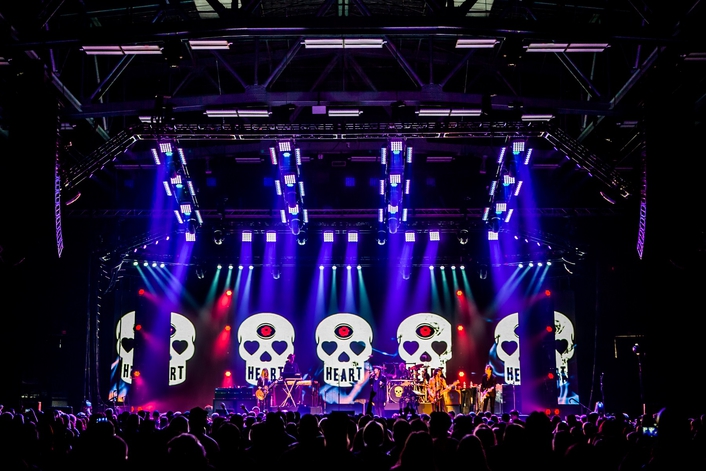 Lighting crew chief is Matt Lavallee along with Eric Simard doing all of the video. “I have continued my relationship with Mark Devlin Visual Design for all our video content for this year’s tours. Mark does an amazing job of converting some of my crazy ideas into visual masterpieces.” Finally, Dale acknowledges Dean Roney of Solotech Vegas and Tour Manager Rusty Hooker “who worked hard together to get all this on budget and make it happen.”

The ten-show “Queens of Sheba” tour, which played in March, was the beginning of a longer 37-show run that will tour across America this summer and include Cheap Trick. That summer tour is being called the “Rock Hall Three for All” tour to coincide with Cheap Trick’s induction into the Rock & Roll Hall of Fame. This summer will be the fourth time Heart has toured with Joan Jett. After some solo dates, including a short UK run, Heart will start the summer run in July in Detroit.