Eagles of Death Metal joined U2 on stage in Paris 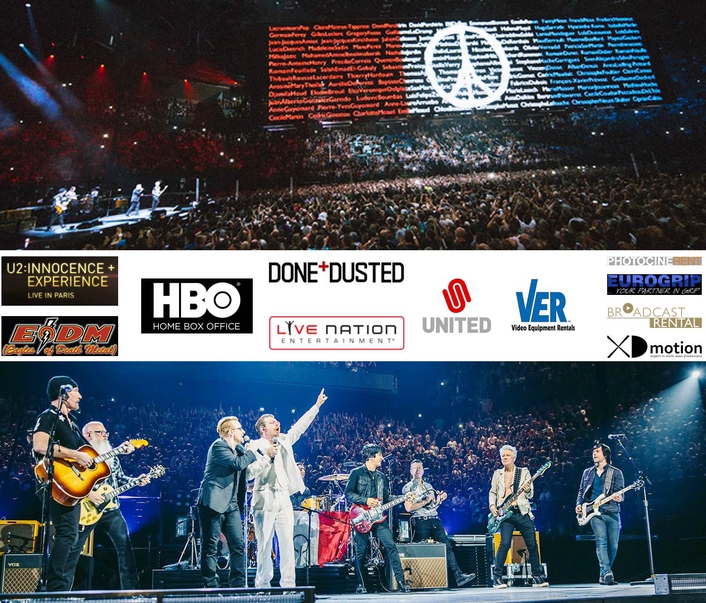 On the weekend of 13 November about 70 production professionals and OB facilities from United in the Netherlands were in Paris to create a live TV production of a U2 concert at the Accor Hotels Arena that would be broadcast live on HBO in the United States. But the day before the show a series of terrorist attacks in Paris killed 130 people and, in the weeks that followed, created a scenario that not only showed the resiliency of the people of Paris but also the ability for the production team to shift plans.

Efforts for the rescheduling began soon after the band's November 14-15 shows were lost, “because the band really wanted to come back and make good on the two postponed shows,” tour producer Arthur Fogel, chairman of Live Nation’s Global Touring division, tells Billboard. “As it turned out, the only two days possible were Dec. 6-7, everything else was booked up at the arena.” 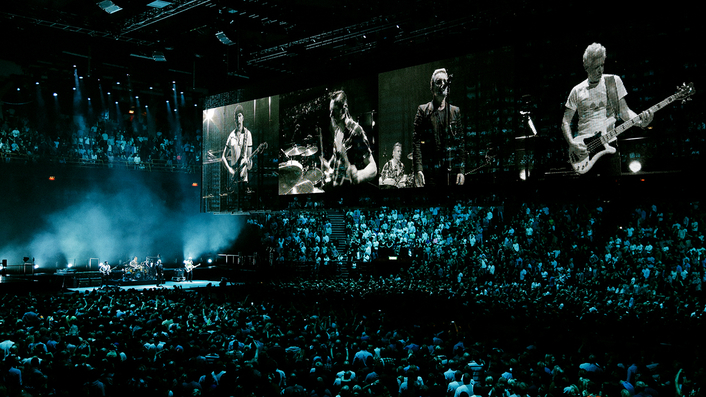 Logistically, delaying the end of the tour by more than a week “was a challenge,” Fogel admits, as the scores of personnel and massive amount of gear involved had all been scheduled. “Obviously we figured it out, and everybody was able to stay together to complete the shows. It was something the band really felt was important to do, as we all did, and it ended up working out well for the wrap of the tour for this year.” 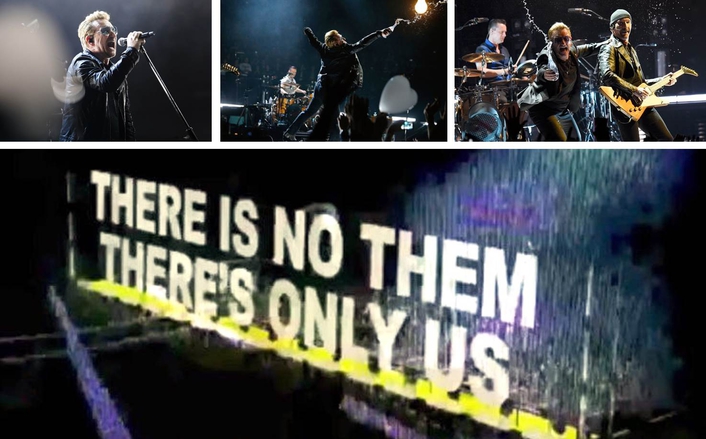 On the weekend prior to 7 December also United’s broadcast and production team once again came together at the arena to complete the original mission. Bolke Burnaby Lautier, operations manager for United explained the challenge of getting all of the pieces back into place, and the emotions involved with a concert that not only brought U2 back to Paris but also the Eagles of Death Metal – the band that was on stage when the horrific attacks at the Bataclan theatre took place on 13 November. 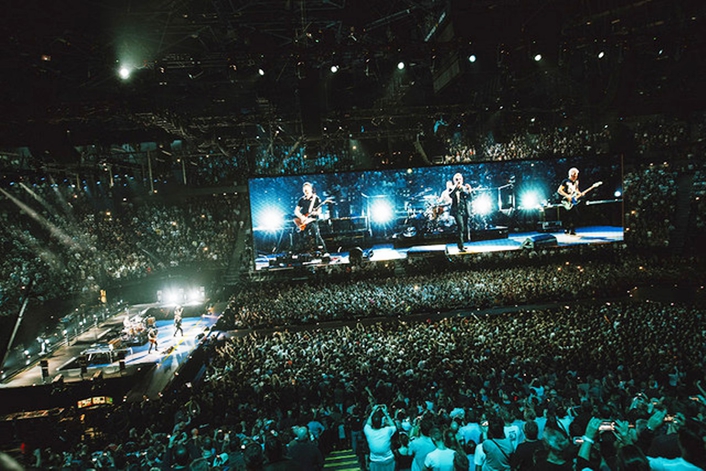 Lautier explained: “A big job like this always has a special vibe and you need that to get the max result for the client and satisfaction for the team. So when a show like this runs in the ground the hangover is massive in every way and getting the derailed beast back on track again is difficult and takes a lot for everybody. Personally I was afraid that it was close to impossible, given the circumstances, to get the team to the high point where they left it,” and he continued “they all proved me wrong. The team turned out to be technically the best, and it was the fastest in-and-out show that also ended on a high spirit. I have been doing this for 20 years and have never seen a team of 70 work together as one like they did on this show. For example, they managed to rig 21 4K film cameras, scaffolding, intercom, monitors and everything that is involved in five hours. And the move out the next day was even more impressive.” 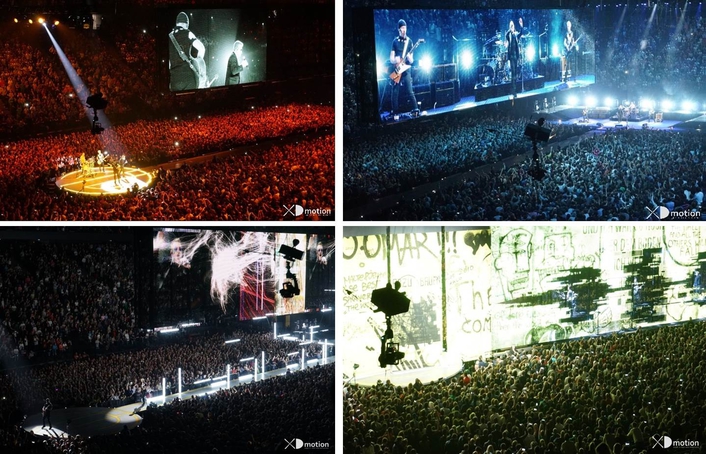 Lautier and his team managed the following challenges:

• Sony HDC-4300 cameras had to come from all over Europe, and all of them had to be updated to the same 4K license and the same software level.

• The set of 15 Sony F55 cameras, lenses and controls. Most of that package was hired from VER and thanks to their professionalism the production could park the complete camera, lens, and control package for three weeks. It was a logistical nightmare VER. 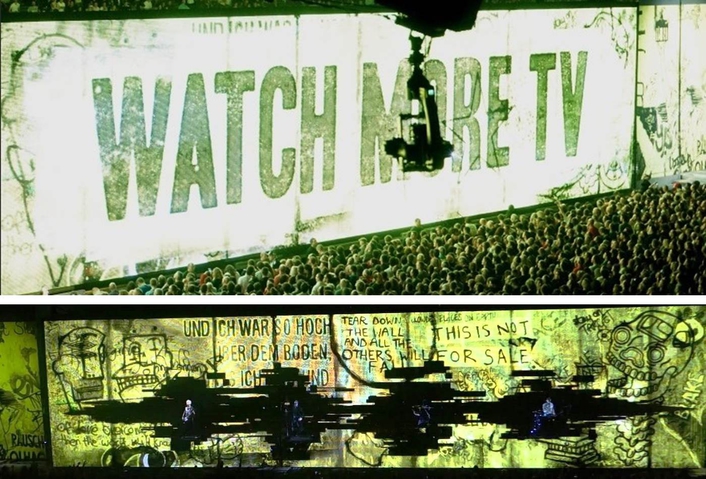 However the live performance of U2 and the Eagles of Death Metal three weeks after the terrorists attacks was worthwhile the efforts. U2 frontman Bono introduced them on stage for the encore with the stirring words: “They were robbed of their stage three weeks ago — we’d like to offer them ours tonight.” Bono and Eagles singer Jesse Hughes shared a hug and then launched into Patti Smith’s Power Have the People. When Jesse took to the stage he said: "Paris, we love you and we will never give up rock and roll." U2 then retired from the stage, leaving Eagles of Death Metal to perform their own song I Love You All the Time. 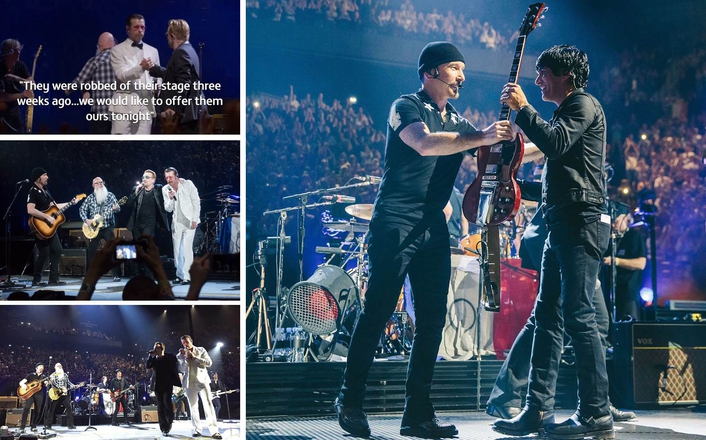 Bono had opened the show with the words: We're in Paris - feels like the whole world is in Paris. We are all Parisians tonight. If you believe in liberty, Paris is your home town.

The concert was recorded in 4K for future release on BluRay in parallel to an HD live broadcast for HBO.