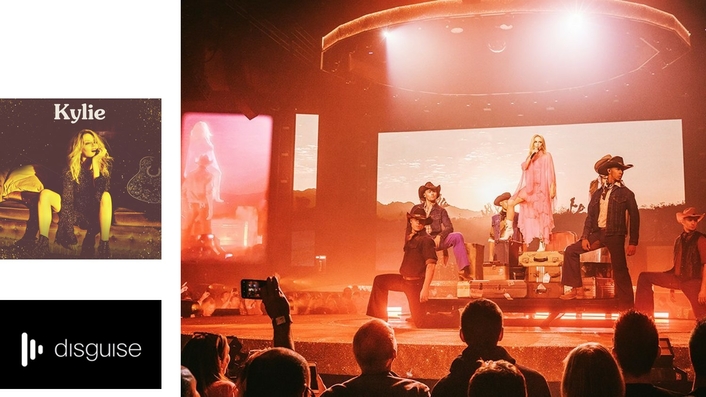 The fifteenth tour by Kylie, the ‘Golden Tour’ supported her fourteenth studio album with 33 dates in Europe and Australia. It launched last September in the UK and concludes in March 2019 in Australia. The retro look of the show featured a G-shaped stage and glittering golden runway with an enormous LED video screen upstage. “Kylie and Rob’s concept for the tour set the entire show in the 1970s as an abstract road movie which played out on stage and screen,” says Tom Colbourne, President with Blink. Blink created all the show’s screen content shooting live action footage in the California desert and a London studio following the narrative that linked the music, screen content and choreography.

“The content was presented on a panoramic 4800 x 1120 pixel LED video canvas, including a central portion that was 2400 x 1120 primarily for cinematic content and portrait side screens for IMAG. We also had the option to run content across the entire expanse of screens, which we did during the section intros” Tom explains. 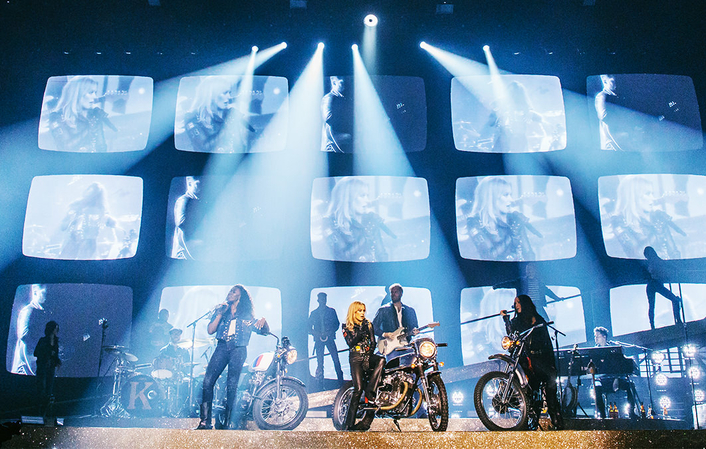 The show featured six distinct sections each with a different setting and style. It opened with Kylie waking up in the middle of the desert and ended with her dancing in Nashville. “Despite forcing ourselves to use mainly filmed content rather than graphics, the whole show was incredibly tightly programmed with a live feed, screen content and lighting refined exhaustively during production rehearsals at Fly By Night,” notes Tom. 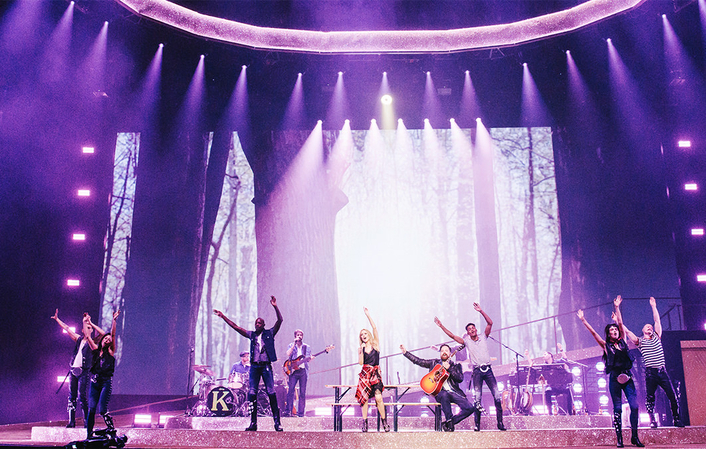 “The live feed was even more important than usual on this show as the screens needed to not just relay the show but also help convey the story,” he says. “Multicam Director Blue Leach did an amazingly creative job collaborating with Rob Sinclair and disguise Programmer, Nev Bull using Notch to cleverly format the feed and help reinforce the ‘70s theme with appropriate filters and effects.” 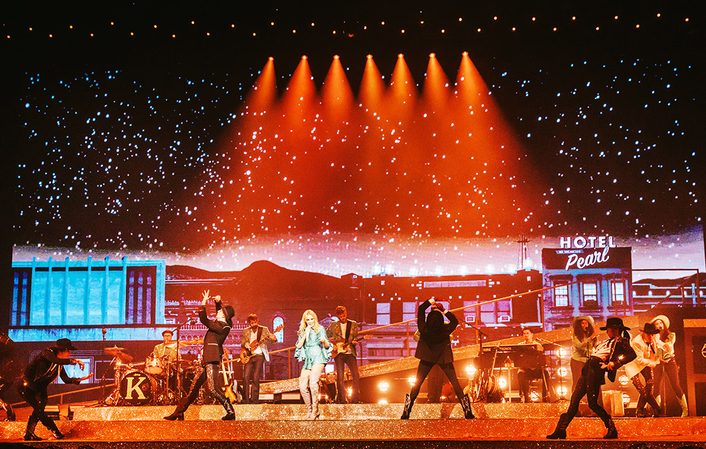 disguise’s tight Notch integration was a key element throughout the show. “All IMAG was treated with Notch,” says Nev Bull, Project Engineer with Creative Technology Ltd. who served as the disguise Programmer for the tour.

“We needed to make sure that Kylie looked her best on the screens at all times and used Notch for some slight skin smoothing as well as more creative VFX,” points out Creative Director Rob Sinclair, who designed and directed the show with Kylie. He calls the disguise systems “reliable, powerful, quick and with low latency. disguise was our only choice.” 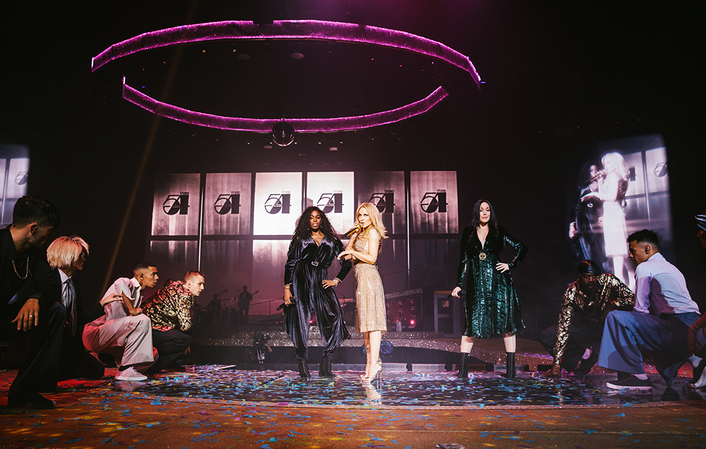 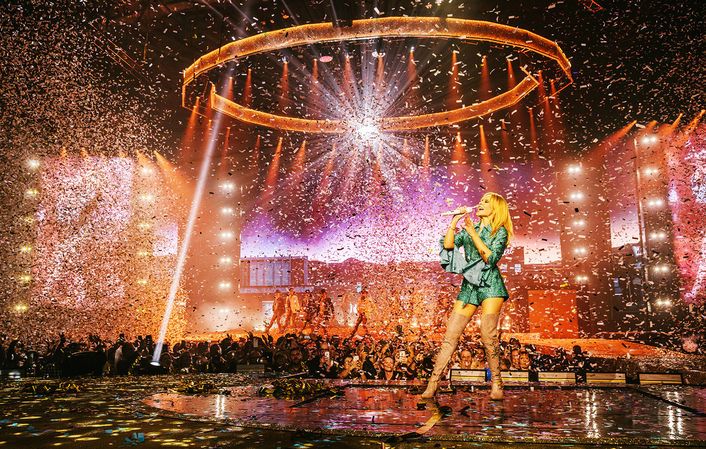