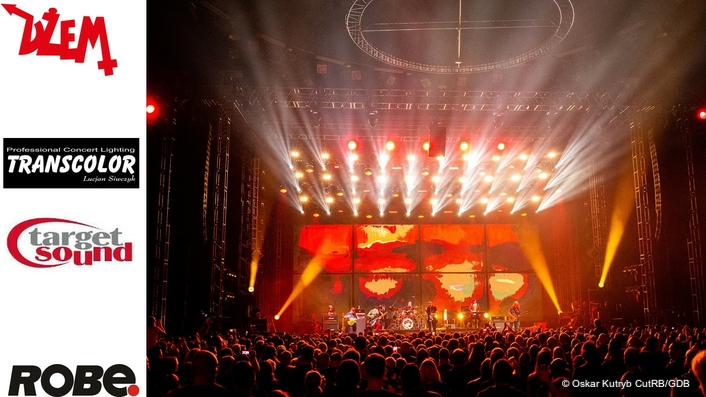 Legendary Polish blues rock band Dżem celebrated a landmark 40 years of thrilling fans with their highly energetic live performances with a massive special show at the Spodek Arena in Katowice. The lighting was designed by Michal Parzych from design collective Green Beam Design who has been involved in all Dżem’s special events for around the last 10 years, and on this one he again worked in collaboration with the band’s regular LD, Marek Gubata.

Together, they specified 131 x Robe fixtures – 30 x MegaPointes, 56 x Spikies and 45 x LEDBeam 800s, all of which were delivered by leading Polish rental company, Transcolor.

Green Beam Design (GBD)’s founder Jacek Chojczak explained that the starting point for the lighting was a request from Dżem’s management to have a large upstage LED screen, and apart from that, they left Michal and the GBD team to produce a spectacular solution for presenting the band and their special guests for this seminal event. 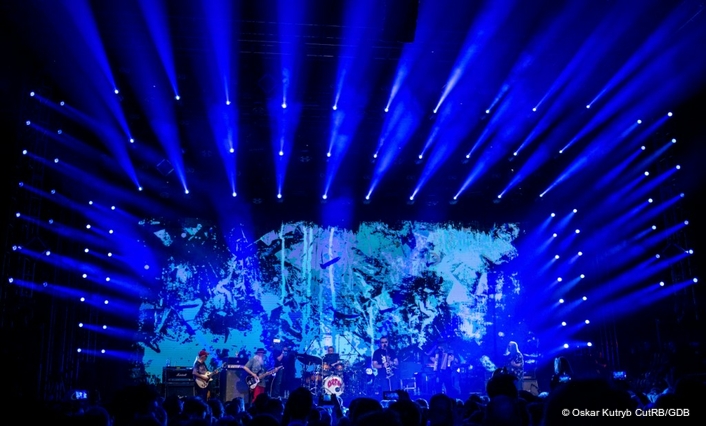 Michal Parzych designed the staging and set, with lighting rigged on a series of overhead and side trusses with some on the floor.

Ten MegaPointes were distributed on each of the three main LX trusses 1, 2 and 3. The Spikies were on four upstage side towers and the LEDWash 800s were rigged on the large ‘crown’ circular house trusses in the roof of the Spodek Arena … and used primarily for audience illumination. 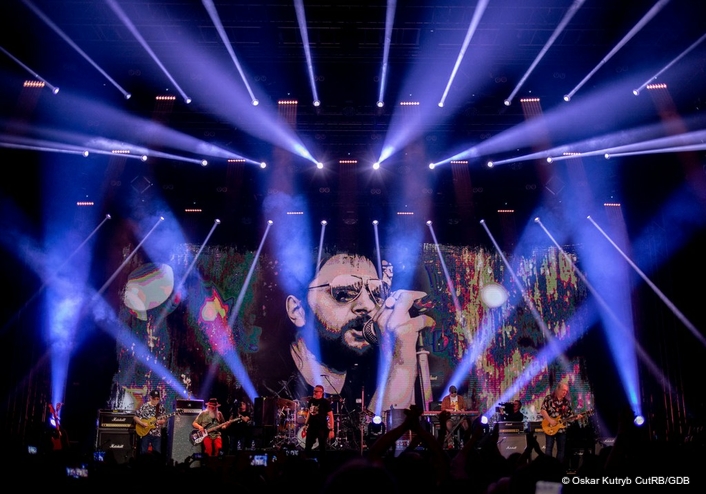 Michal wanted these Robe fixtures because he works with all of them regularly, and he needed flexible, powerful and hi-impact lightsources for the show.

“The MegaPointe is ‘MEGA’ in every sense of the word” he declared. “They gave us all the variety and effects we needed, and it looked as if there was a much larger rig up there”.

The Spikies were selected for their brightness, small size and light weight, and the LEDWash 800s for the same reasons. It was important that the audience was well lit as the show was also recorded for DVD / future streaming.

Jacek, Michal and the GBD crew specify Robe products constantly in their designs and they are convinced that it’s a brand “of the moment and the future”. 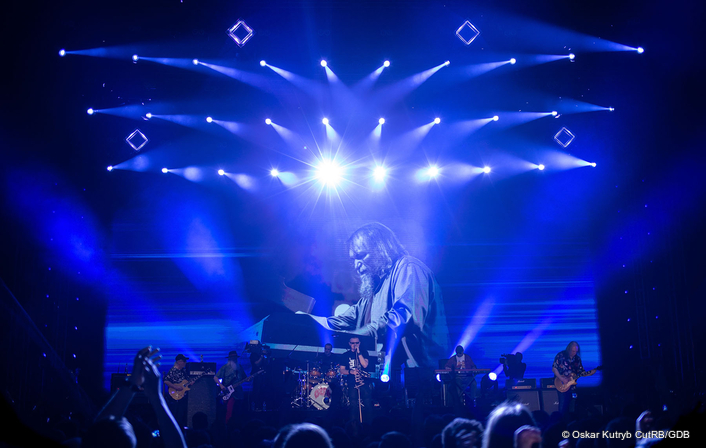 In addition to these, they utilised approximately 100 other lights of various types, all of which were controlled by a grandMA2 console, with another one running content from the disguise media server handling all the video playback.

The rear video wall was 15 metres wide by 6 metres high, 3.9mm HD pitch and the MegaPointes and Spikies had no trouble in cutting through to create the stunning lighting looks and scenes and help etch it on the minds of everyone who packed into the arena, and for others who will re-live and enjoy the occasion for years to come via DVD and video stream. 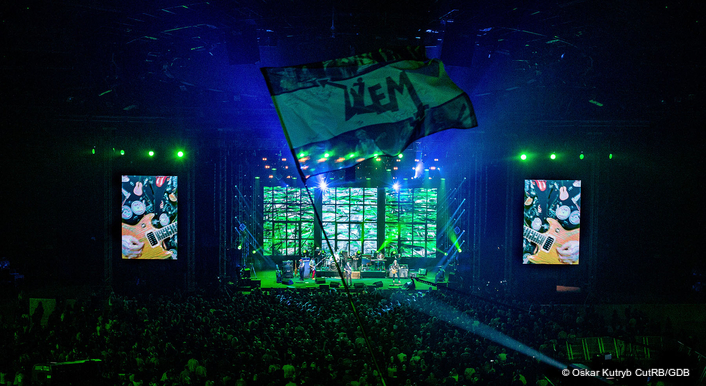 The 40th anniversary playback video content was created by Piotr Maruszak from Red Square, and the disguise was operated by Karol Nowakowski. There were two IMAG screens showing camera feeds directed by Jerzy Charuzawas and vision mixed by GBD’s Tomasz Szwelicki.

The show involved a lot of intense overnight programming sessions for the lighting crew during the rehearsal period, and the challenge was managing this so the GBD team did not burn themselves out … but in true rock ‘n’ roll tradition, everything ran like clockwork on the night! 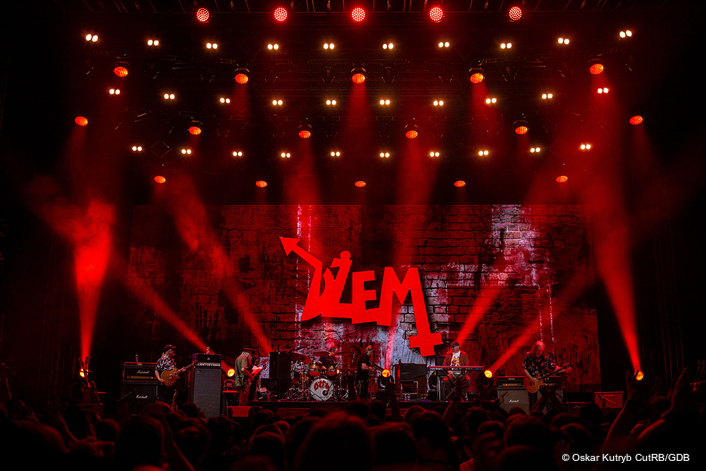 Jacek explains that for GBD to get the best results, it’s vital for them to work on a show’s visual elements together as a whole, creating one fully integrated ‘visual environment’. For this one it was lighting and video, and for others it can also include lasers, SFX, automation, etc.

Transcolors’s crew chief for the event was Jarek Wasasnik and sound was supplied by Target Sound.