The vibrant two day alt.culture festival, music and performance extravaganza celebrated the 10th anniversary of the birth of the Arcadia concept, and was staged in London’s Queen Elizabeth Olympic Park … with the world’s largest and best loved Spider at the hub of the performance action. 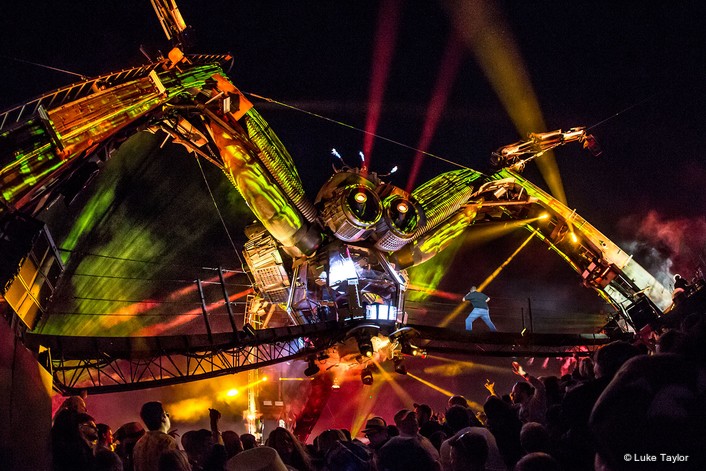 CPL has been involved with Arcadia since 2013 when the incredible 50 tonne Spider – the conceptual brainchild of Pip Rush and Bert Cole crafted from reimagined military hardware and other recycled industrial waste - first landed at Glastonbury festival.

For the last few UK appearances of the amazing arachnid, CPL has been part of a dedicated production team delivering crisp, detailed projections onto both sides of the three giant legs, which are fundamental structural elements of this awesome 360 degree visual and sonic spectacle.

The new projectors arrived just in time at CPL’s West Midlands warehouse for the London event, which was built around Arcadia’s incredible ‘Metamorphosis’ experience, a dynamic combination of ambitious engineering, acrobatics, stunning visuals and sonic excellence that WOWed everyone in Olympic Park. The festival also included a sizzling line-up of other electronic talent, with all the main action taking place in and around the Spider. 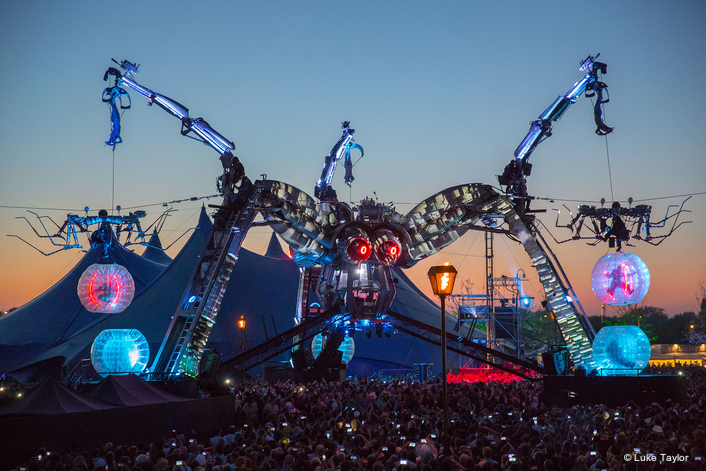 CPL’s team was project managed by George Oakey who was joined by Jack Sykes and Robin Emery. They worked closely with Arcadia’s production manager Dorian Cameron-Marlow and Tom Wall who co-ordinated all the video mapping.

Fitted with TLD 2.8 - 4.5 lenses, each projected image was mapped precisely onto the front and back of the Spider’s legs via Arcadia’s AI media server which stored and replayed all the video content.

Most of it was colouring and texturing effects which bring additional definition and depth to the legs so they really pop out, while the rest of the Spider is illuminated by lighting rigged on the body, legs and lighting towers positioned around the performance field.

The projectors were located on six custom weatherised scaffolding towers built around the perimeter of the field-of-play / performance space as in previous years, with a throw distance of approximately 40 metres.

Having these new Barco machines enabled them to achieve a lot more intensity than in previous shows, using the same amount of projectors!

The set up was therefore quicker, neater and much more efficient, and “everyone was impressed with the output and power of the Barcos considering their small size!” enthused George 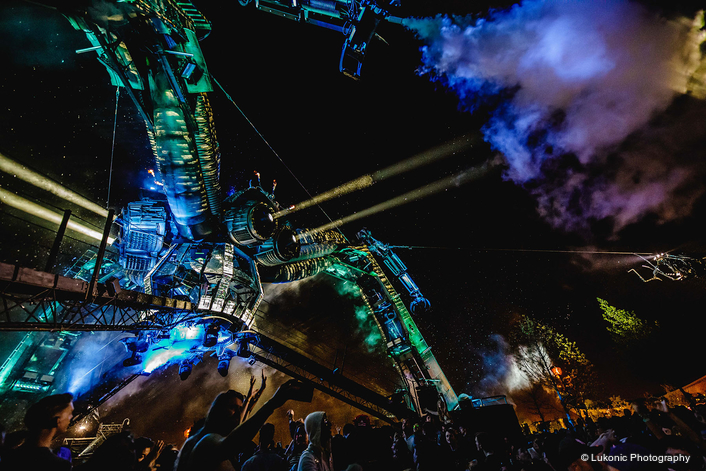 The UDX-4K32 has 4K UHD resolution and a guaranteed 31,000 lumen output with accurate colours at all times thanks to its Constant Light Output (CLO) functionality. The UDX platform also currently offers the widest colour spectrum in the industry without compromising on the brightness.

“There was a noticeable difference in the quality and feel of the projections on this show,” commented George, who has worked on previous UK Arcadia shows where they used conventional lamped rather than laser projectors.

One of the technical challenges of Arcadia London was getting a stable data signal run out to the projectors across 150 – 300 metre fibre cables around the perimeter of the performance space.

CPL used six of their Connex 2-way fibre DVI/RJ45 fibre optic converter transmission systems which enabled both the data carrying the content to the machines and the projector control network and signals including on/off, colour settings, contrast, geometry control and other monitoring and feedback to run down the same line. 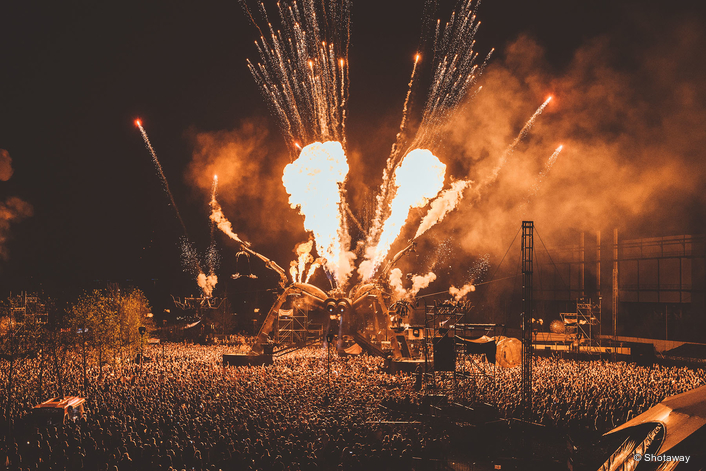 This is a neat, robust solution designed for live events and saves time and reduces the need for unnecessary and unwieldy cabling.
For the first time CPL also had remote control over the projectors using Barco’s Projector Toolset software, developed to help manage the projector parameters quickly and easily from any location, either through the network or an RS232 connection.

This was especially helpful during the video content mapping process, allowing George and the team to walk the field with a laptop and adjust the projectors from exactly the right spots to see the full detail and exactly how and what tweaks needed to be applied,.
Projector power to each tower was a dedicated 32A single phase supply.

George commented, “It was a pleasure to work on the Arcadia 10th Anniversary. Dorian and his team were very accommodating and well organised which helped us deliver this high-end video package. We received constant feedback from the whole Arcadia crew on how sharp and defined the projections looked, and for me personally, it was the most impressive Arcadia I’ve worked on to date from a video point of view”. 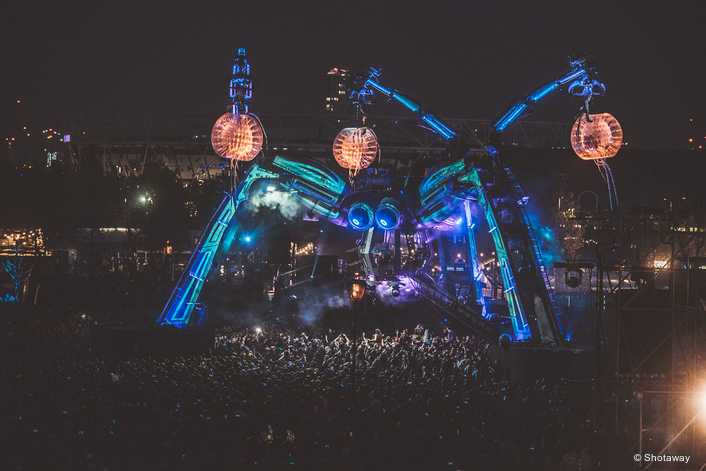 Arcadia London proved to be a hugely memorable May Bank Holiday weekend for the capital – not least due to the somewhat unexpected glorious weather which followed a very late spring in the UK!

In addition to the latest edition of the renowned Metamorphosis experience, the event’s live line up was headlined by Leftfield and Sven Väth, Rudimental playing a show-stopping DJ set as did Noisia who closed the event … with many more in between. Arcadia’s new immersive tented venue, The Reactor, ran a full line-up as Stage Two, fuelling more high energy performances from a diverse curation of international DJs.