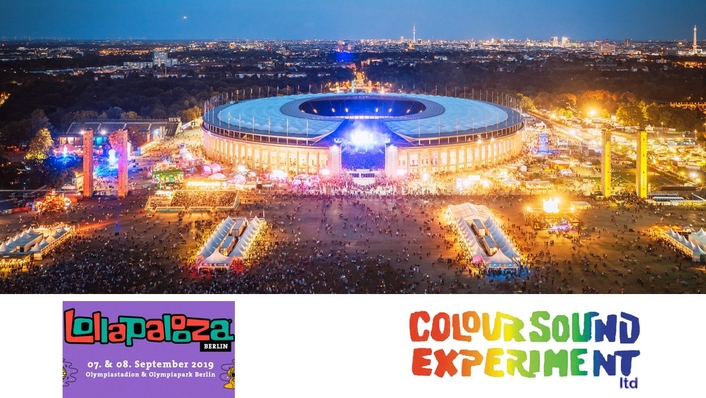 Colour Sound Experiment returned to the Olympiastadion in Berlin, Germany for the 2019 Lollapalooza festival where they were the lighting and LED screen supplier – plus all related sub-rigging – for the Perry’s (Dance) Stage.

The West London-based technical specialist has been involved with the 2-day event since 2015 when the Berlin edition of the popular music extravaganza started. It was the second year for Lolla Berlin at the Olympiapark site, and once again Perry’s Stage was inside the Stadium arena itself, where a fantastic line-up was headlined by Underworld on Saturday and Martin Garrix on Sunday, with many more great sounds smashing it through the weekend including Don Diablo, Scooter, TV Noise and others.

Ricardo Lorenzini (crew chief) and Dave Ross led the Colour Sound crew, who sub hung three LX trusses from the roof plus four vertical tower trusses per side in the mid-stage area. Another lighting truss was rigged either side above the left and right IMAG video screens, and the rest of the fixtures were positioned on the deck along the front of the stage lip and in the stage wings. 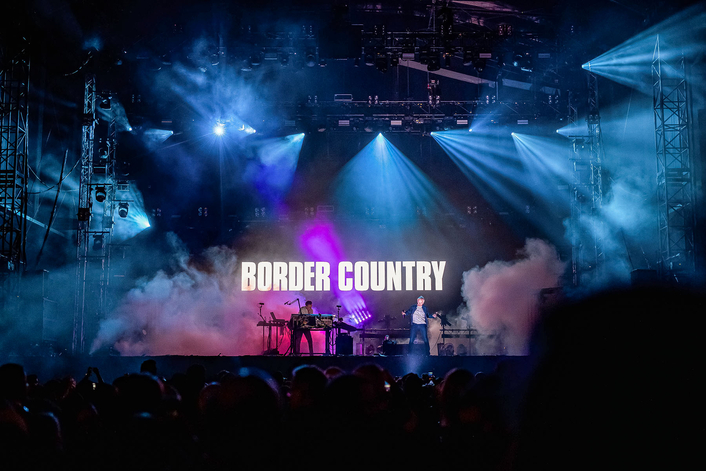 The upstage video screen measured 17 metres wide by 9 metres high, made up from Colour Sound’s Unilumin Robe CB5 screen, and this was supported by the two portrait-format side screens, each 5-metres-wide and 7 metres tall, built from BT7 LED screen.

The visual design, including lighting and screens, was created by Colour Sound’s team based on their vast collective experience of lighting multi line-up festival events, and also accommodating the two headliners – Martin Garrix and Underworld – both of whom also brought in substantive floor packages. 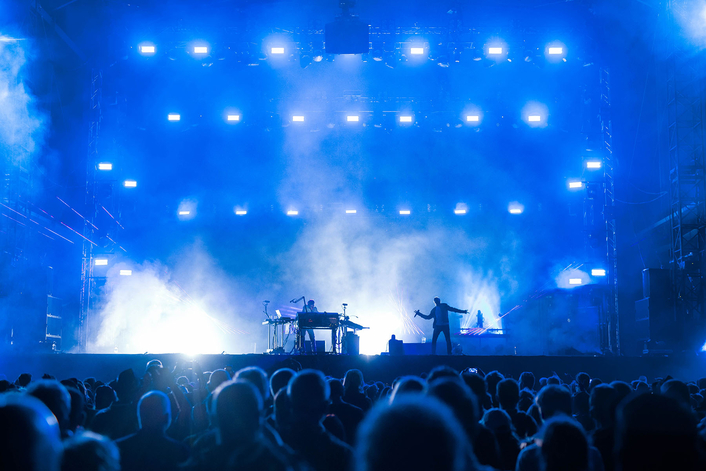 Coincidentally this year, Colour Sound’s own H (Haydn Cruickshank) was there – he has been Underworld’s long-term LD for several years. 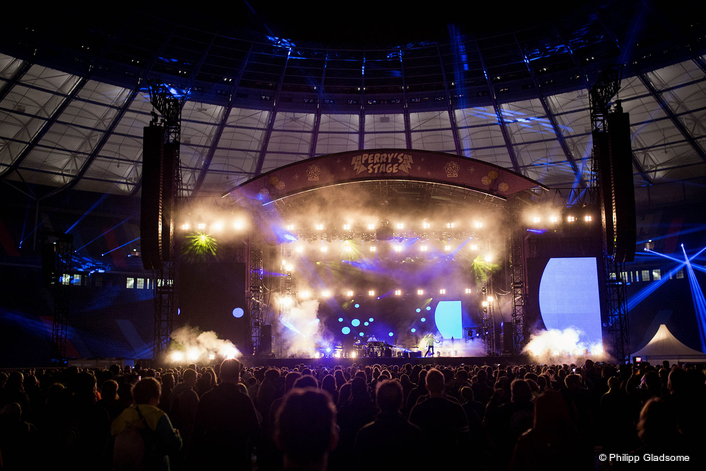 The Pointes and MegaPointes were dotted over all the trussing with some on the floor front and back, selected as powerful workhorse dance music and festival lights with lots of features, extremely quick movement, easy to programme and reliable.

The AquaBeams were positioned in an arc behind the stage – on the seating stand area coming right round to the front and level with the side wings – with more on the wings together with some strobes, and their impact amplified the stage and elongated the width. 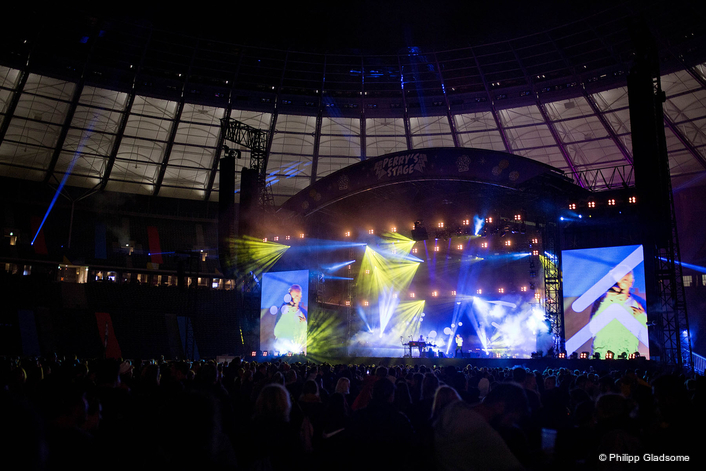 These IP-rated weather-resistant fixtures have become a favourite for a slew of Colour Sound festivals … with a healthy respect to the changeable attributes of any weather system. They are extremely bright and ideal for more exposed positions like these.

The AquaBeams also combined well with the Robes to provide a barrage of contrasting and slightly different textured shafts of light that shot right down to the back of the massive audience area. 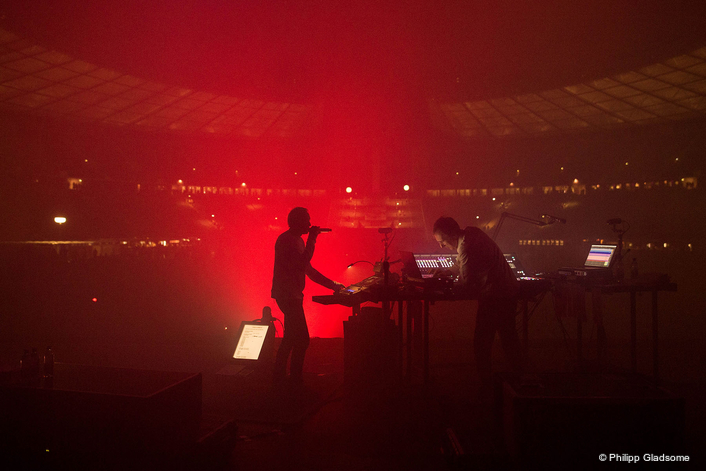 It’s extremely easy for a stage to get lost in a large area like the Olympiastadion and a major objective was to ensure that with this design … that didn’t happen!

There were also 94 x Molefey blinder units dotted around the trusses and the stage, a mix of 2-lites and 4-lites, another must-have for any festival season, along with 52 x GLP JDC1 LED strobes.

To ensure the atmospherics kept pumping, 26 smoke and haze machines were deployed on and around the stage area!

Dave Ross operated for any artists who didn’t have their own LD and the house console was one of Colour Sound’s grandMA3s with a gMA2 as backup and a ChamSys MagicQ MQ500 which was used for Underworld.

A Resolume media server system and a 5-channel Panasonic remote camera package / PPU was integral to the video set up, and this was looked after by Ed Blackwell, who cut the camera mix.

Some video playback library content was available from the Resolume for use by visiting LDs and VJs, although several brought their own footage and servers, which were hooked into Colour Sound’s screen processors. 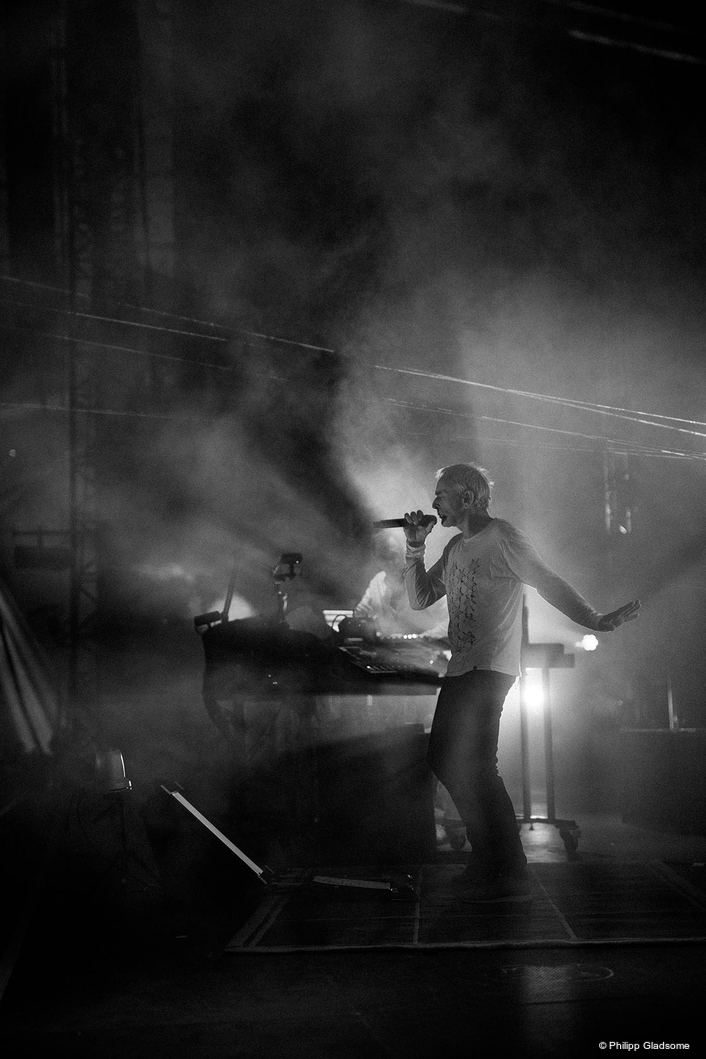 Joining Ricardo and Dave on the lighting crew were Geno Welburn, Cian Leow, Maria Richardson, Gergely Lokos and Alex Bratza, and they worked alongside Janos Fodor and Ed Blackwell who tech’d the LED and video.

Other highlights of the weekend were German happy hardcore, rave and techno darlings Scooter, who played a stonking set getting a tumultuous crowd reaction even in the middle of the day in broad daylight, with every single audience member giving it LARGE in absolute sync!

After four full-on days of action – two for the in, two show days – the crew started the get out immediately after the Garrix set finished. Having Colours Sound’s own vibrant 45ft artic in the mix for transporting some of the kit helped the logistics and efficiency of the operation enormously on both the in and the out.