Claypaky is Wonderful Wonderful for The Killers’ world tour 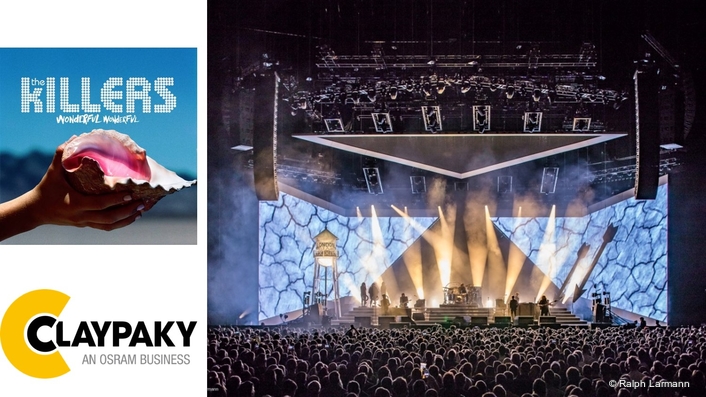 The Killers performed at the O2 Arena in London, with lighting design by Steven Douglas featuring the Claypaky Scenius Unico

Having remained in the charts for 13 years, Vegas indie-rockers The Killers are undeniably one of the biggest bands of the 21st century. Currently touring their fifth studio album, Wonderful Wonderful, the award-winning septet is travelling the world with an Americana-inspired show design, lit by long-term lighting designer Steven Douglas, who selected the Claypaky’s Scenius Unico as the production’s workhorse lighting fixture.

From the start, the band, Douglas and the rest of the creative team decided against a fixed creative brief for this production. Instead they worked on growing the show design organically during the recording of the Wonderful Wonderful album. The resulting production features The Killers’ idiosyncratic Vegas styling, alongside theatrical small-town Americana set-pieces, inspired by the nature and feel of the album’s music. 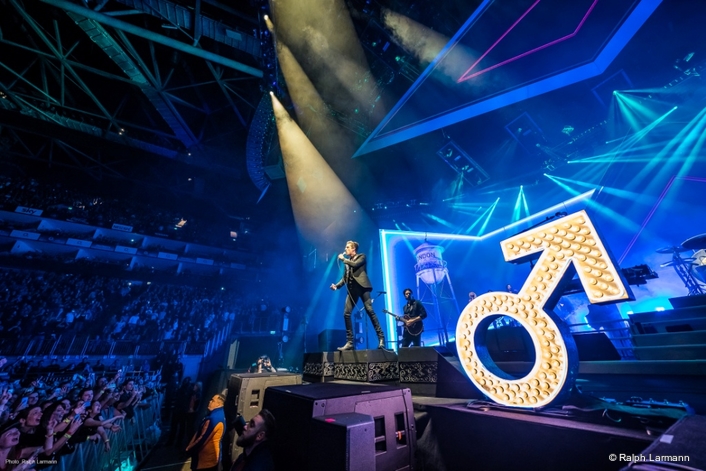 “Building the show whilst the album was still being recorded felt more natural, as the songs influenced the design process,” says Douglas, who worked alongside set and stage design studio Fireplay on the production. “For the lighting, knew I wanted a lot of beam lights to cut through the on-stage video screen elements, which are extremely bright. However, I also knew I didn’t want to be limited to just a beam, so I looked at a lot of different hybrid fixtures for the production’s workhorse and chose the Scenius Unico.” 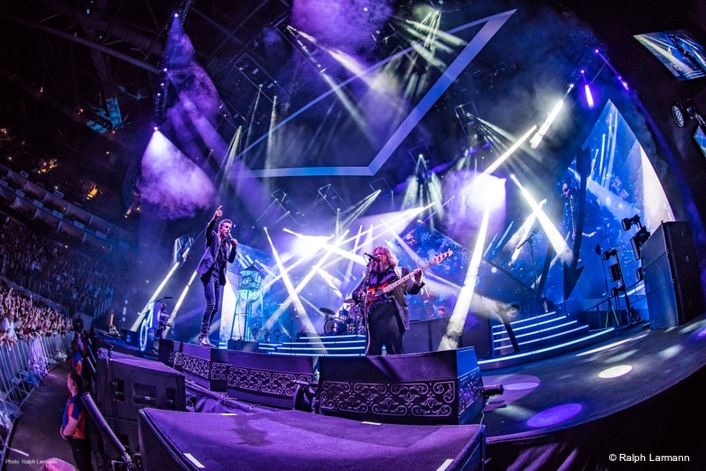 The Wonderful Wonderful set is backed by a wraparound, forced perspective panoramic LED screen consisting of geometric video wall panels totalling 17.8m wide and between 7.3m and 11.3m high. The screens display custom content designed in collaboration between the band, Fireplay and Douglas. The content was then produced for the screens by Blink TV and Moment Factory.

To work alongside the show’s substantial video element, Douglas selected the Scenius Unico for its bright output and advanced colour matching capabilities, meaning he could create lighting palettes that extended the look and feel of the onstage video content whilst adding definition on stage. 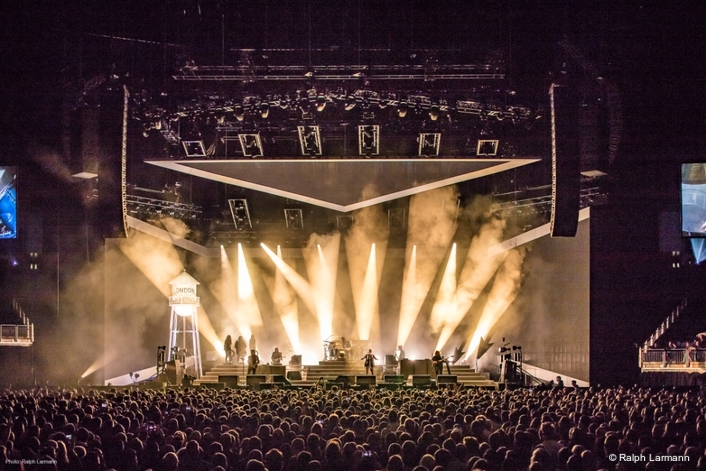 “The Scenius range has been on my wish list for a while,” says Douglas. “As well as needing a fixture with a bright output, I knew I needed something with an accurate framing system and an animation wheel on this production. I always liked the flat field of the beam on the Scenius Unico and its versatility as a hybrid. I can say for Wonderful Wonderful that the fixture is performing brilliantly.” 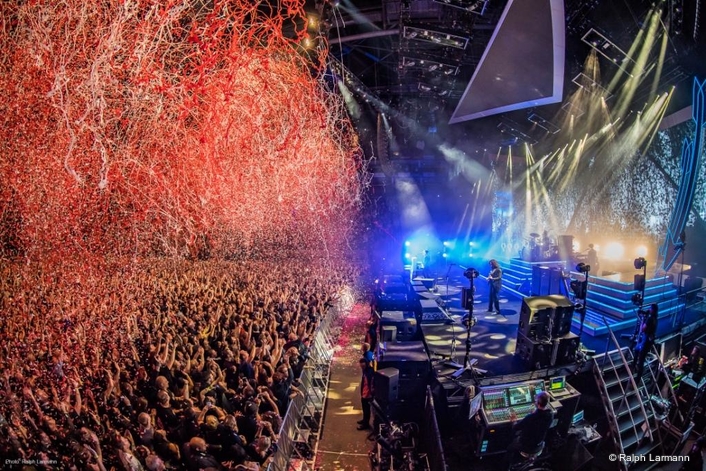 Douglas has rigged the Scenius Unico across the main body of the flown rig as well as on dedicated lighting pods and as part of a wider floor package dedicated to lighting onstage props and specials. More of the fixtures are rigged across the upstage split truss and downstage V truss to provide key light for the band, front and rear specials lighting and to light the production's set pieces, which include glowing arrows, male and female gender symbols and a water storage tower. 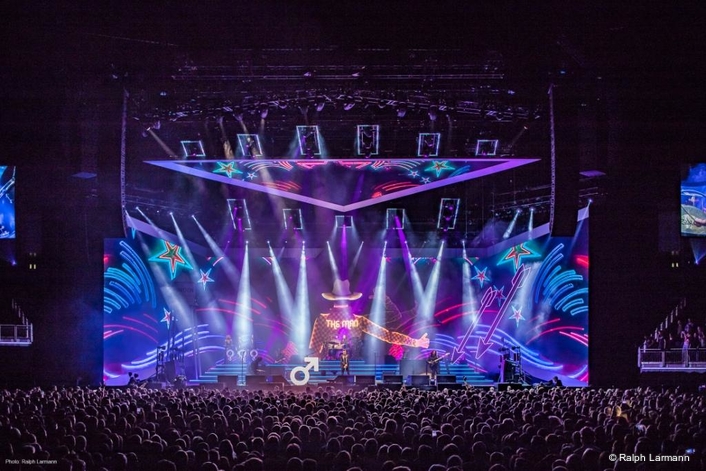 Supplying Scenius Unico units to the Wonderful Wonderful world tour are Neg Earth for the UK and Europe shows, Christie Lites for the US leg and Chameleon for the tour’s Australia dates.

The tour began in November 2017 with dates across the UK, and is now travelling across South America before heading on to New Zealand and Australia.