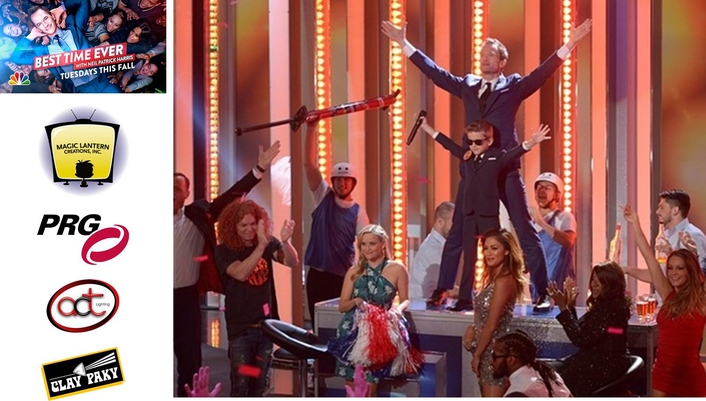 True variety shows have all but disappeared from American television, but if anyone can revive the genre it’s Neil Patrick Harris who headlined the eight-episode “Best Time Ever” live variety series on NBC.  Lighting designer Matt Ford of Magic Lantern Creations in Woodland Hills, California selected Clay Paky Mythos fixtures for the rig.

“It was incredibly important to have a rig that was extremely flexible because it was a live variety show,” Ford explains.  “On most reality competition shows there is a lot more predictability, but ‘Best Time Ever’ had a lot of unknown variables that you had to adjust to on the fly.  We had to react to whatever was thrown at us.  Most of the acts were new, things were shot from many different angles and one time we had to reblock a couch segment, featuring celebrities and audience guests, during a commercial.  We had to have the tools up in the air to react to a constantly evolving situation.”

Ford says the production design resembled an awards show set with a main area at center stage and performance areas at stage left and stage right.  “You could have something going on in the center while we prelit something else on another stage,” he notes.  “The ability to set up different things while something else was going on was key for a live show.”

Ford obtained about 40 Clay Paky Mythos fixtures from PRG.  “Mythos are not a one-trick pony; they offer the best of all worlds,” he says.  “We could get Sharpy beam effects, big fat gobo effects and a great fill light, all from Mythos.” 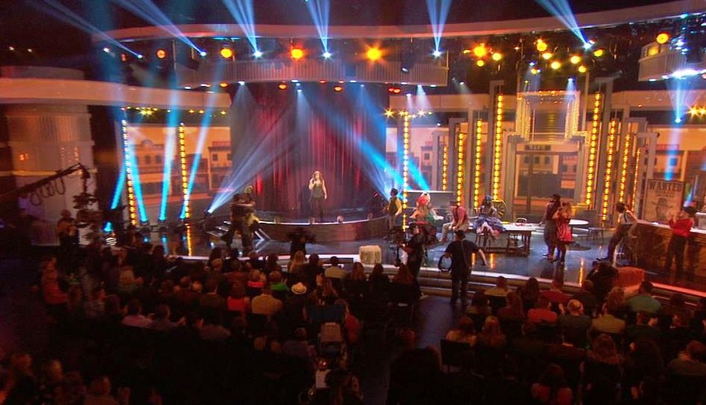 Lighting director Craig Casserta, who also programmed “Best Time Ever,” calls Mythos “the workhorse of the show.  Beams, aerial effects, washes, eye candy – they could do anything that was needed.  I don’t know any other hard-edge spot fixture that can be used for so many things.  It was great for a show with this variety and randomness of content.”

Ford mounted Mythos overhead in the rig for Sharpy-style beam effects and gobo effects.  “We also had them on the floor for ballyhoos and animated gobo effects during bumpers,” he says.  “We even used them as fill lights for a lot of on-stage interviews when the lights overhead were too steep.”

Ford was especially pleased with the fixtures’ color temperature. “The ability to dial it in was really fantastic,” he says.  “I could sit there with my color meter and dial in just the right color temperature depending on what else was happening lighting-wise.  I was really impressed with all that Mythos could do.  Clay Paky is a true innovator.” 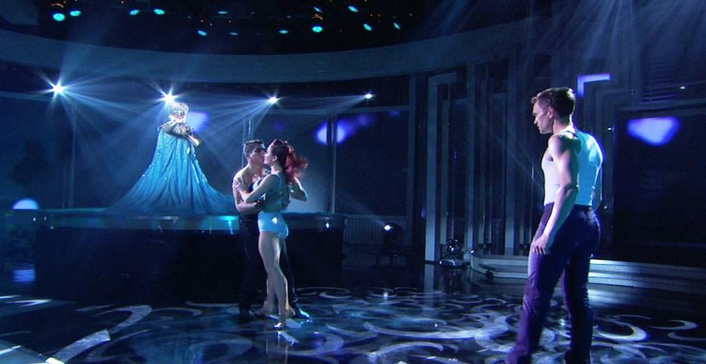 George Masek, A.C.T Vice President of Automated Lighting, concluded, “It was a real pleasure to watch Matt and Craig work miracles each week and I'm proud that Mythos was up to the task for them. With a new light you can never be sure how designers will use it.  It was exciting to see Matt test the capabilities of the fixture and show what a versatile tool it really is.”

Francesco Romagnoli, Clay Paky Area Manager for North and Latin America, added, “Matt Ford is a great designer and a big supporter of our lights.  We’re glad that he was able to do so much with our fixtures for this series.”