Clay Paky Lights Up the Competition on “La Banda” 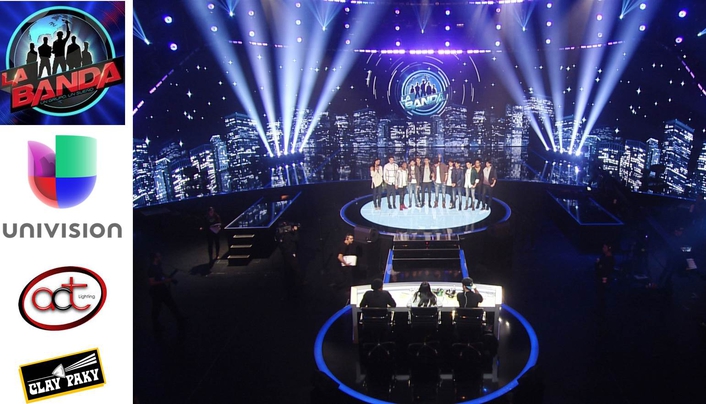 “La Banda,” the new contest to find singers for the next Latino boy band, just wrapped its first season on Univision wowing audiences with the talent of young competitors from across Latin America.  Clay Paky Mythos and Sharpy lighting fixtures amped up the excitement of the live show. 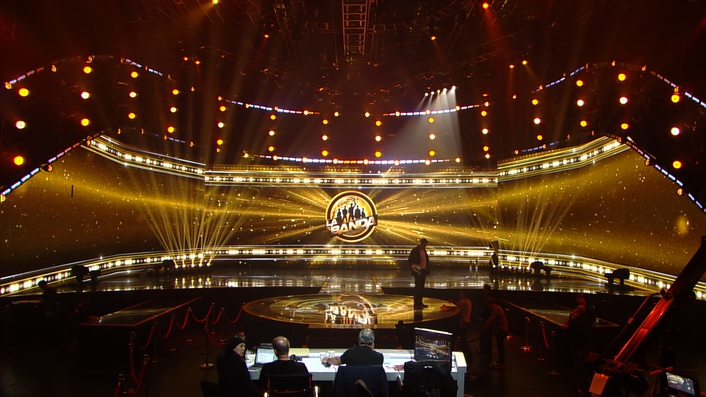 “The show had many set changes between acts that usually had to be completed within a minute of video tape packages to introduce a performance that gaffer Don Winters would coordinate,” says lighting director and programmer Craig Caserta.  “It involved lots of choreography and a total of 136 performances.”

Lighting designer Tom Sutherland created a very layered look for the show that enabled him to have lots of options. “It’s tough to keep things looking fresh when you have a seven-week series, so that was a great challenge to take on,” he notes.  The lighting rig and main console were supplied by PRG Orlando. 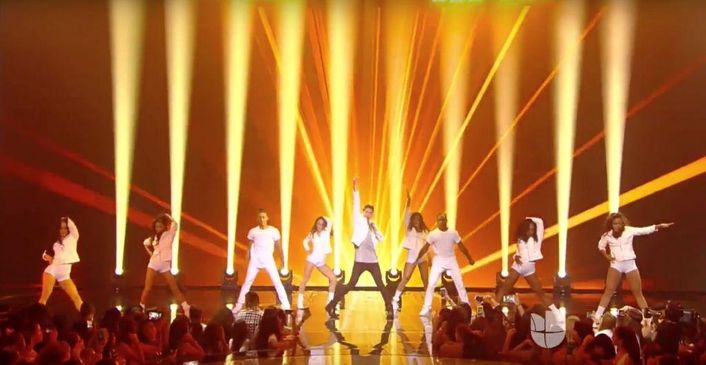 Eight Clay Paky Mythos fixtures were mounted in overhead truss and another eight were positioned in a curved wall of light. Four truss towers each housed two Clay Paky Sharpy wash fixtures plus 10 to 24 Sharpys and one additional Mythos on the floor depending on the demands of the performances.

“The Mythos were used as air effects, texture, fill and key light, as well as musical accents,” Sutherland explains.  “The fixture is so versatile and can be used for so many things.  When you have many musical numbers over a series you need a fixture that can offer you a world of wonders.  The Mythos was this for me.” 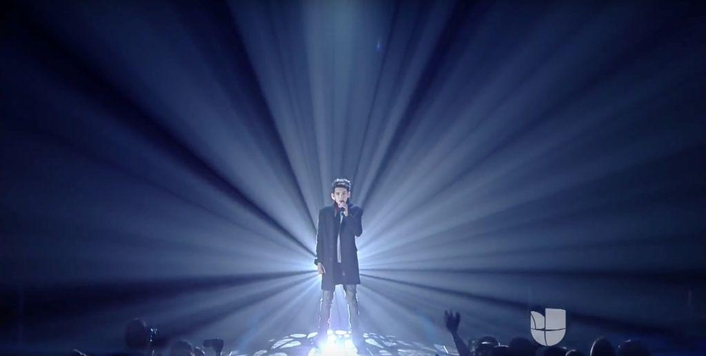 Sharpys were used for air and beam effects; the Sharpy wash filled in the holes between video walls when in home base then provided air effects and backlight when the towers moved on stage.

“The optics in the Clay Paky fixtures are second to none,” Caserta declares.  “Such a crisp bright beam and great gobo selection for both air effects and texture on set pieces!  I’ve said it before and I’ll say it again, the Mythos is one of the most versatile fixtures on the market.  Its ability to perform multiple functions, such as aerial beams, texture, fill light and key light, make it one of the workhorses of any rig.  The zoom is amazing as well.  Being able to go from a pin spot pencil beam to a big, fat wash is something only Mythos can achieve.”

He adds that the Clay Paky fixtures “were flawless, as always” for the duration of “La Banda.”  “We never even had to change a lamp or swap out a fixture the entire season.”

Francesco Romagnoli, Clay Paky Area Manager for North and Latin America, added, “Both Mr. Caserta and Mr. Sutherland are great lighting professionals and we’re proud that they like our fixtures as much as they do.” 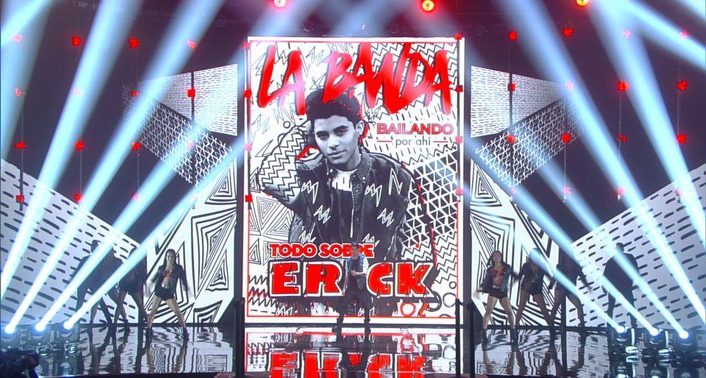