More than 200 Clay Paky fixtures have delivered an extraordinary light show at one of the Ukraine’s biggest televised events of 2015, The M1 Music Awards.

The event, which took place at the Palais des Sports in Kiev and was produced by the M1 Music Channel, saw a large gala-style concert with performances from the country’s biggest pop stars. 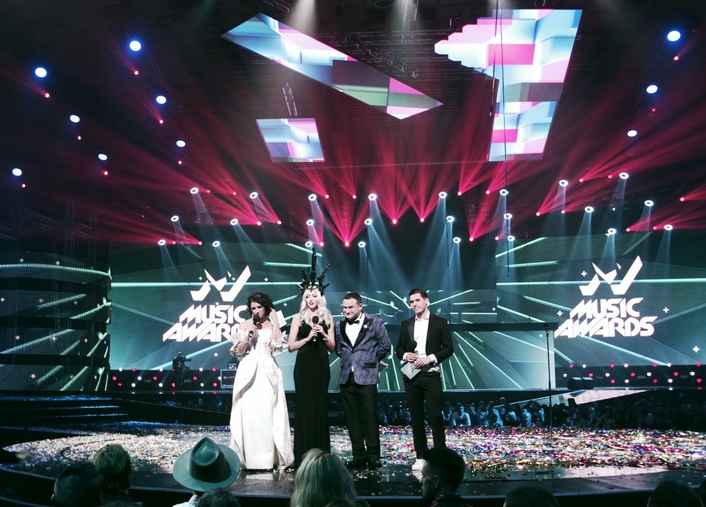 “The Clay Paky Sharpy, which has already become a legend for me thanks to its intense brightness and speed, remains a staple fixture for me in the creation of any light show,” says Balashov. “When it comes to the B-EYE K20, the overall design and fantastic technical features allow me to achieve looks that would be impossible with other fixtures.”

The B-EYE K20 is both a wash and beam light and a tool for creating spectacular visual effects. Its front lens is made up of 37 RGBW LEDs that can be controlled individually, each with its own colours and shades.

“I wanted to create a large-scale, extraordinary light show, the likes of which hadn’t been seen in our country before, continues Balashov. “However, the building had some structural restrictions. I therefore came up with the idea of using four separate metal constructions covered in lights to add depth and perspective to the visual picture.” 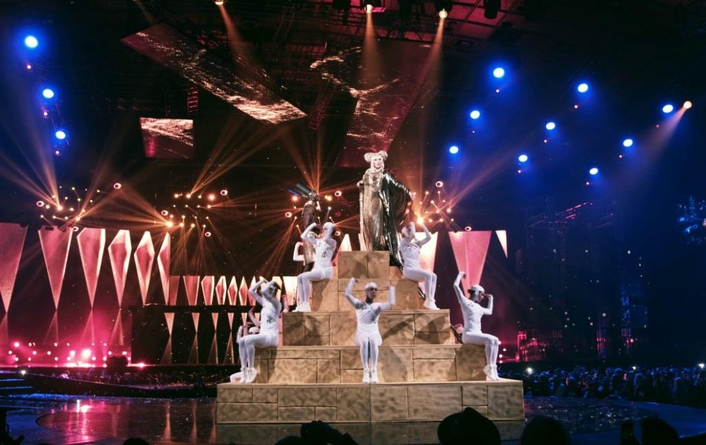 “The Clay Paky fixtures allowed me to make my vision a reality, complementing all the elements of the production to create a spectacular show,” says Balashov. “The products never cease to amaze me with their innovation and quality.” 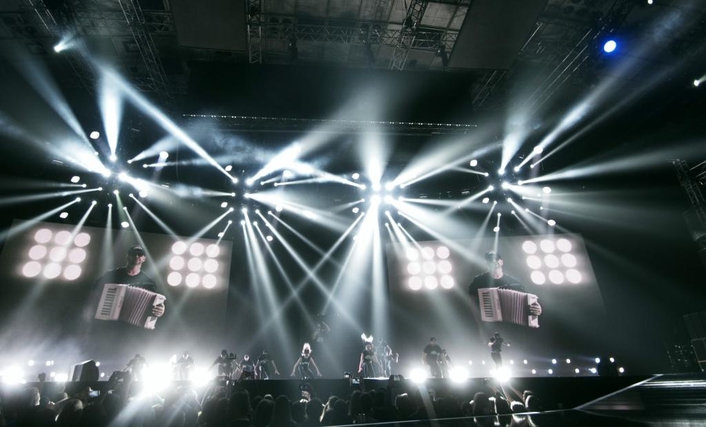 The M1 Music Awards took place at the end of November. Winners received prizes in such categories as ‘Singer of the Year’, ‘Debut of the Year’ and the ‘Award for Contribution to the Development of Ukrainian Pop Music.’