Brits-annia rules the waves with DiGiCo 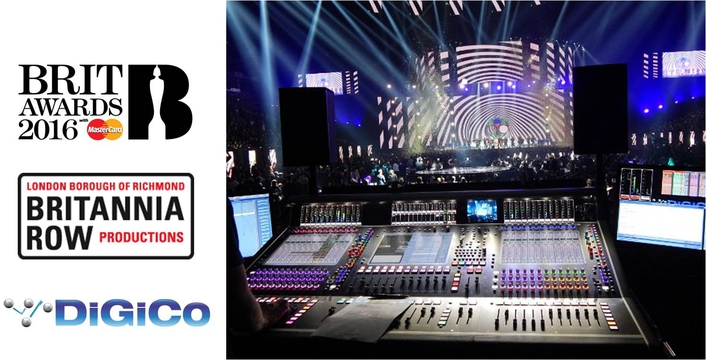 No less than nine DiGiCo SD series mixing consoles formed the backbone of the audio production at the annual Brit Awards, held at London’s O2 Arena on 24th February.

The event’s audio production management - headed up by Colin Pink – crew, control and loudspeaker systems were provided by Britannia Row Productions. The complex sound requirements of a televised major awards event, with performances by some of contemporary music’s highest profile acts were handled easily by the DiGiCo consoles.

Not only were DiGiCo consoles chosen to mix the live performances, as well as the presenter and warm up acts, but seven of the 11 winners on the night are regular DiGiCo users. 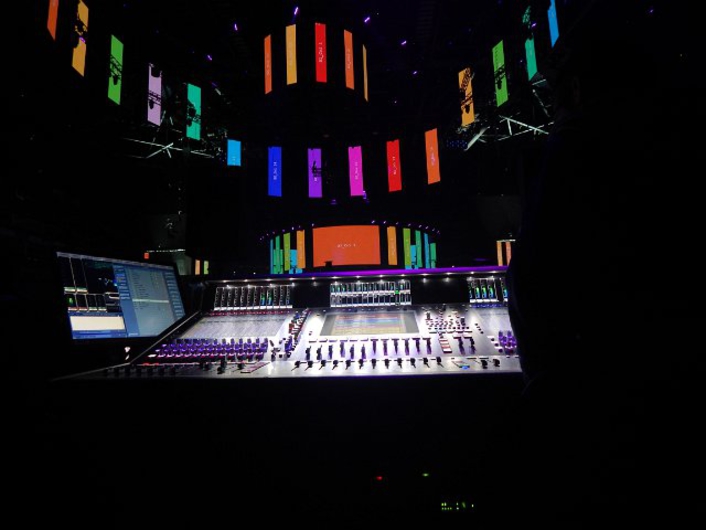 Two SD7s were installed at the Front of House position, which were used to mix  live performances by Adele, James Bay, Coldplay and Justin Bieber, with all four regular DiGiCo users winning awards on the night - Adele walking away with a memorable quartet of trophies. Britannia Row’s Josh Lloyd was also on hand to provide any necessary assistance to visiting engineers. 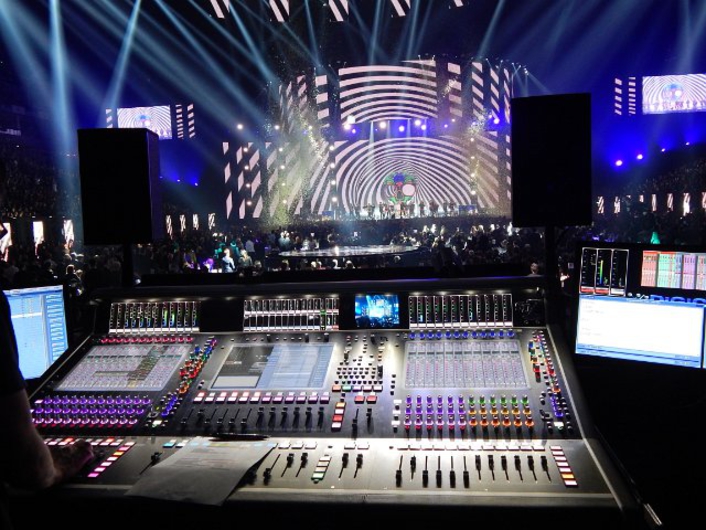 In addition, an SD10 (manned by Britannia Row’s Chris Coxhead) was used to mix presenters Ant and Dec, the nomination packages, recipient speeches and the evening’s pre-awards warm up act.

A pair of DiGiCo SD5s were in use in Monitor World, two for the performers (manned by Dan Ungaretti and Steve Donovan), with an additional third SD5 arriving in from rehearsals of the well-received David Bowie tribute, which was operated by monitor engineer for the section, Pete McGlynn. Incoming performers consoles in monitor world were SD7s with the engineers from Adele and Coldplay.

“At an event such as the Brits it’s important that we have equipment that is flexible for all visiting acts, but most of all that it’s reliable,” says Brit Row’s Lez Dwight. “Using DiGiCo consoles on our televised shows has become common place over the last few years. We have built systems around the DiGiCo platform that deliver on all counts. The backup we get from DIGICO is the best; we know that if there are any issues, they will be sorted out quickly and efficiently.”

"I enjoy using DiGiCo consoles, not only for the great sound but also for the functionality and versatile work flow,” adds Rob Sadler, FOH engineer for James Bay. “The vast array of onboard processing means that I can control the dynamics of a rock show without the need for any extra plug ins. All-in-all, a great product by a company that provides great support."