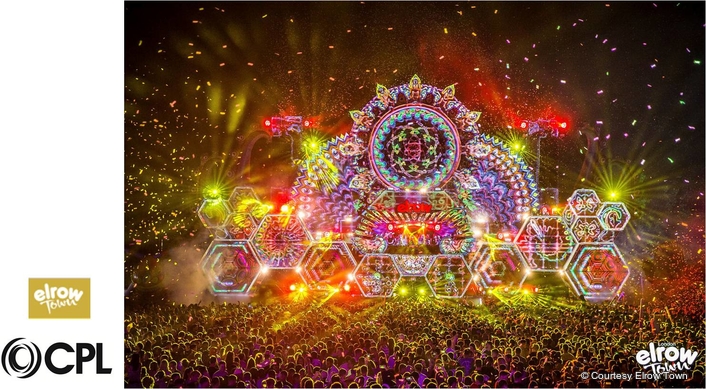 The organisers wanted to make high impact … and so CPL was asked to provide an eye-popping large format projection system for the main and second stages!
Mike Radford led the CPL team after they were asked onboard by technical services provider Production Hire from Brackley. 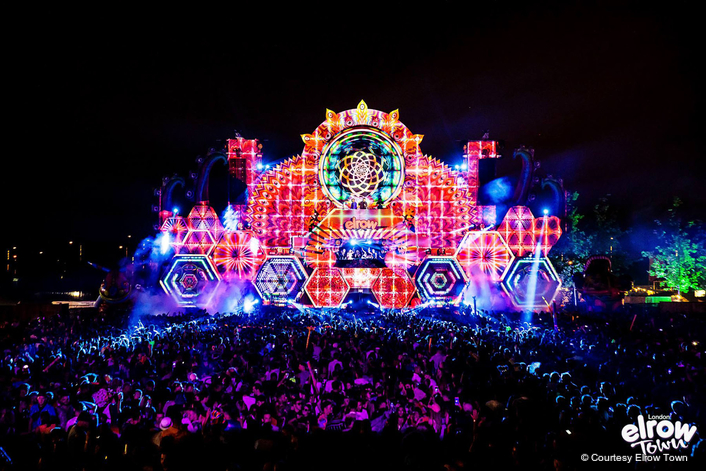 While CPL’s roots lie in the rave and party scene, the company has grown into one of the UK’s fastest expanding full technical production specialists, working across all sectors and more recently building a great reputation in the ‘black art’ of large format projection.

Elrow London’s 2018 main stage (The Town Square) was a big scenic multi-layered design – part of the brand’s highly theatrical touring system – which is alive with colour and detail right at the centre of Elrow Town’s dynamic theming, a look that is hugely popular throughout Europe. 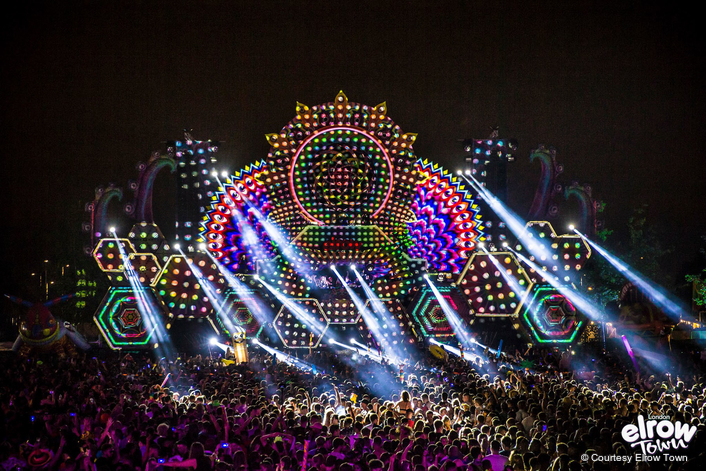 Mike specified CPL’s largest projectors for the Town Square – two pairs of Barco UDX 30Ks – a new acquisition for the company this summer. This was the fourth event on which they had been used to great effect. 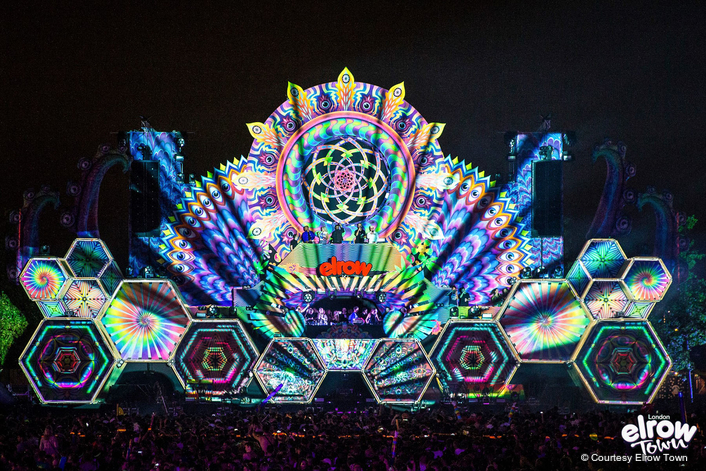 The organisers supplied their own content - a jaw-dropping multicolour collage of psychedelic-meets-cartoon heaven - and media servers, and the projectors were mapped onto multiple surfaces across the stage including hexagons and other geometric shapes embedded in the set and backdrop, covering a surface 30 metres wide by 12 metres high.

The projection platforms were built behind the FOH position, approximately 70 metres away from the stage … and the results were “completely stunning!” commented Mike.
With 120,000 lumens of output, the animated images burst into action as soon as darkness fell, thrilling the crowds and ramping up the atmosphere to a visual peak ready for each night’s headlining sets.

Town Square live performances were brought to a tumultuous close on Saturday night by German techno guru Paul Kalkbrenner and on Sunday night by the UK’s own rave party pioneer Fatboy Slim and special guests. 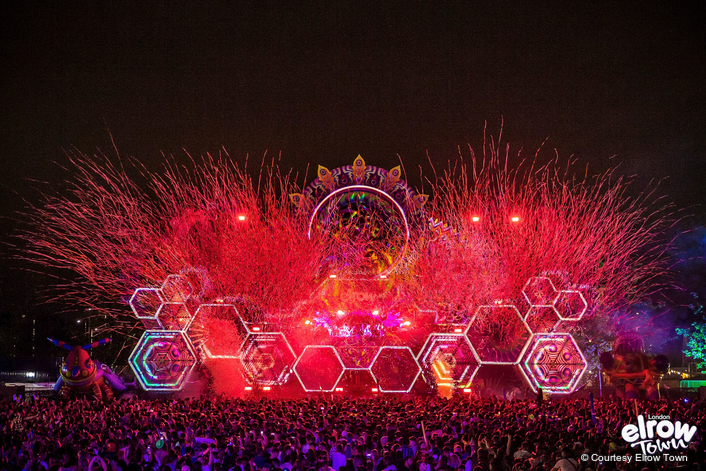 Stage Two - The Cave – was hosted by jungle fresh Sambodromo do Brazil bringing their own brand of creative anarchy and wildlife to London for the weekend! It was a tented venue and a darker space altogether with another elaborate set and full roof installation that traversed the whole space.
The projections were beaming onto a large scenic gecko’s head!

The gecko has long been a symbol of party culture, coolness and good, and this one measured 4 metres wide, 2.5 metres high and 4 metres deep, so the two projection sources were blended for even coverage over areas like the base of the gecko’s eye sockets and other partially hidden and shadowy areas.
Mike specified two Panasonic 12K laser projectors, which were rigged vertically and at 45 degrees to one another, thanks to the versatility of the RigTec custom portrait brackets utilized to get the machines in precisely the correct positions. The blend was controlled via with a Barco S3 processor

The 12Ks (with another pair provided for ‘hot’ backup) were perfect for this darker space which also had a shorter throw distance, and they were located 8 metres above and four metres in front of the gecko, rigged on one of the roof trusses.
CPL also provided all the relevant power distribution for the projection systems on both stages. 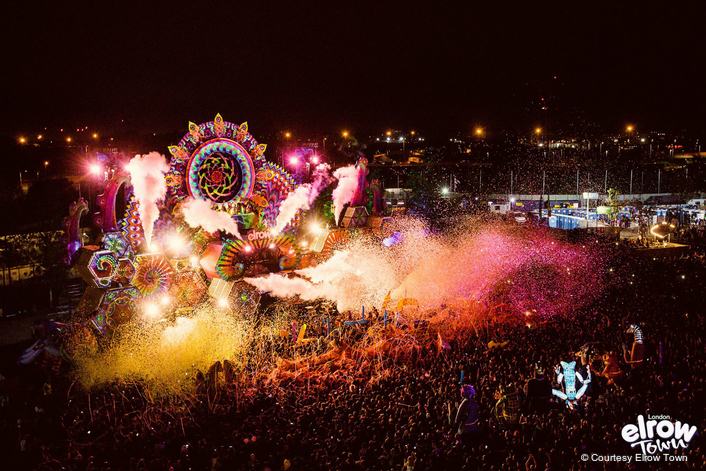 Mike comments, “It was fantastic being part of the Elrow Town experience and contributing to this powerful and incredibly up-beat atmosphere which spread excellent vibes. We enjoyed working alongside Mark Neil and his crew from Production Hire to help the bring Elrow’s vibrant lifestyle to town”.