BMFLs and Pointes Camp it Up For Summer

It was the second time that Boston-based Preston, also LD for headlining jam band moe. had worked at the four day event. The lighting equipment was supplied by Chicago-based Performance Lighting, a recent investor in BMFLs and Pointes.

Preston was absolutely delighted when he learned he would have access to both types of fixtures for this show.

He was the first LD in the U.S. to ever use the just-launched BMFL Spot to light a building exterior, in a ground-breaking installation at Boston City Hall for the 2014 Boston Calling Festival. 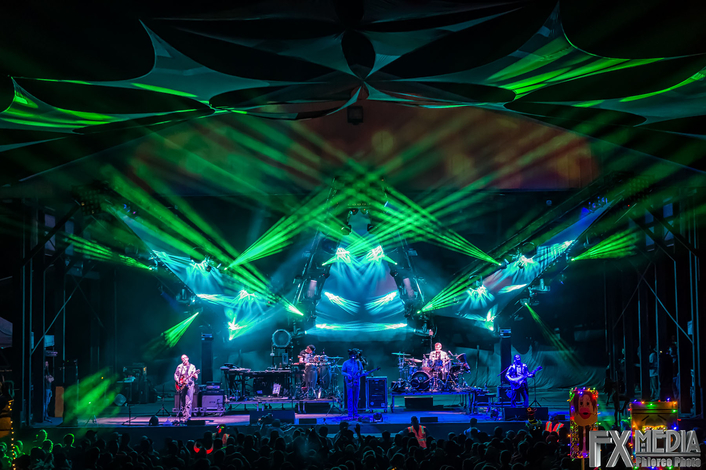 Summer Camp 2015 was actually another BMFL first for Preston – it was the first time he used Robe’s incredibly powerful game-changing fixture as the primary moving light on a concert stage!

He has used the Pointe regularly on several tours since its launch in 2013.

A major challenge for the Moonshine Stage lighting design was that any equipment – trussing, set, lighting, etc. - had to be rigged off two roof beams with limited weight loading that were part of the semi-permanent stage’s structure. Similar to the concept of the Pyramid Stage at Glastonbury, this encapsulates the spirit of the Festival, and has been utilized by the site for many years. 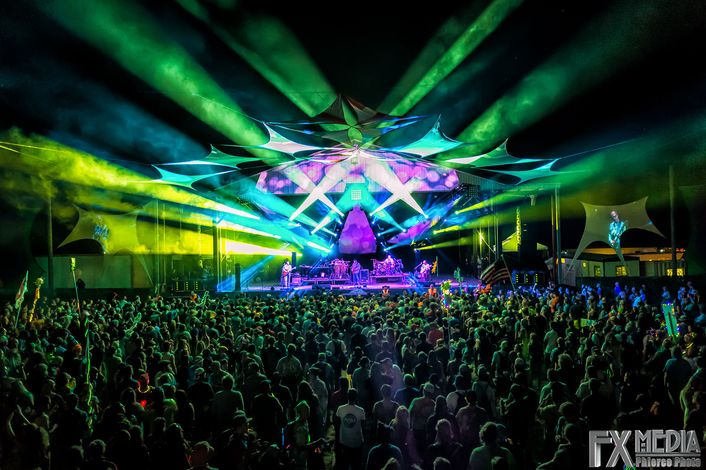 Preston designed a trussing infrastructure that formed two large V shapes – each 50 feet long - with stretched Lycra ‘sails’ in between to make excellent video projection surfaces and adding a lightweight but eye-catching set element to the space, which also matched the ceiling décor of stretched reflective material.

“I wanted to ensure the lighting didn’t become lost amongst the video and projections,” explained Preston, “and the BMFLs and Pointes have plenty of punch so they were ideal.” 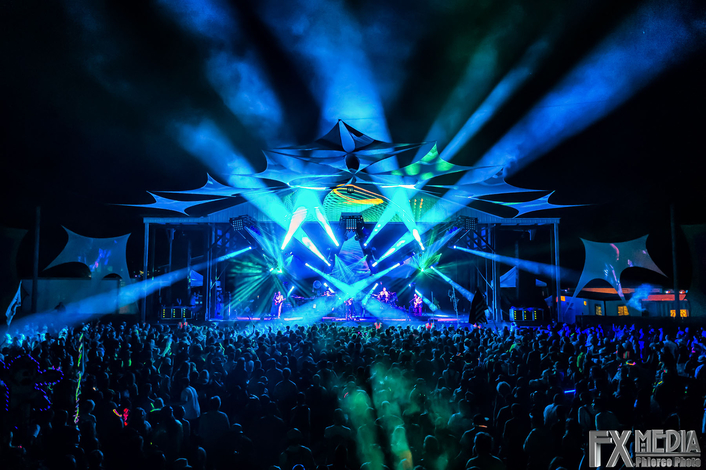 The BMFLs were really maximized, especially for those awesome big aerial effects blasting through the night sky which he really loved. He also employed plenty of tight BMFL beams and graphics slicing through the haze, which looked “amazing,” and both the BMFLs and Pointes enabled spectacular projection and texturing on the sails using their gobos and animation wheels. “The idea was simple, different and memorable,” he stated.

Pointes and BMFLs currently remain Preston’s favorite fixtures for the brightness, gobo selection and generally rich feature sets. “You really can get a huge amount out of these fixtures, you will never get bored and can guarantee, in a festival scenario like this, to keep bringing up new and fresh looks for every artist taking the stage.” 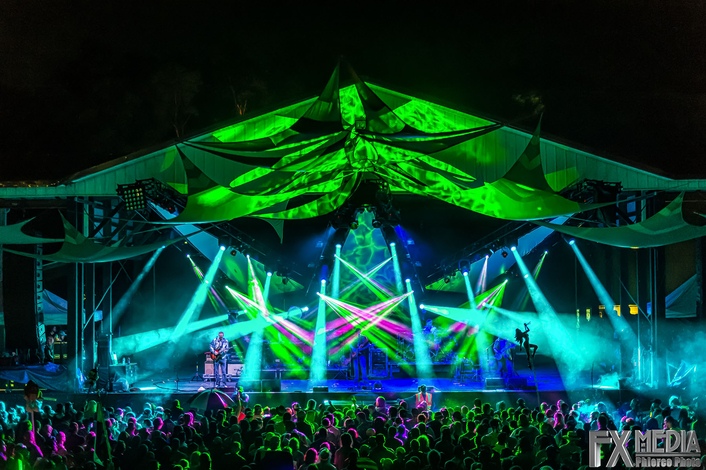 Preston used grandMA control for lighting at Summer Camp, and his personal crew chief from Performance Lighting was Autumn Venevia.

He also has several other ongoing and upcoming projects which will feature BMFLs and Pointes.

About Summer Camp Festival
The first Summer Camp Music Festival was held in 2001 attended by around 1,000 music fans who enjoyed over 20 bands on 2 stages over two days. It has developed into an extremely popular and successful event with around 100 bands performing on 7 stages across four days, while still maintaining the same authentic energy and family atmosphere for which it is known and loved.