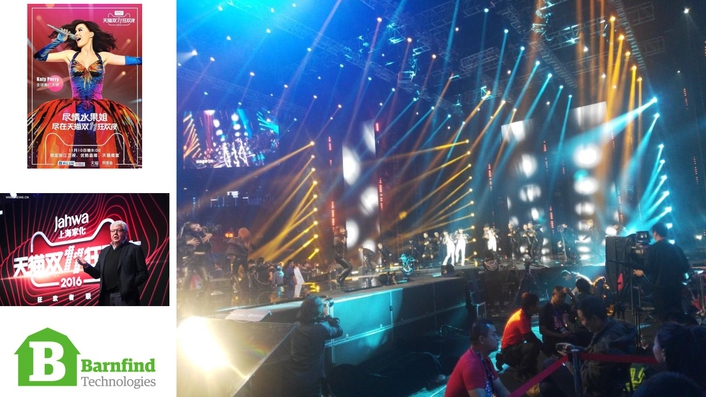 Barnfind’s BarnOne optical transmission matrix served as the glue connecting stages to the OB van at China’s Tmall 2016 Double 11 Carnival Night on November 10th 2016. The event, founded in 2009 and aimed at stimulating domestic demand, has evolved into an annual shopping festival featuring numerous international production teams and celebrities. The production was directed by David Hill, a top American producer whose credits include more than 20 United States Super Bowls, the 88th Oscar Night: The Academy Awards, and American Idol.

Zhejiang Satellite TV, known for many high-end shows, worked closely with a variety of teams including Guangdong Radio and Television station, and Hunan satellite TV Media, employing the best and the latest technology to ensure success. Barnfind Technologies’ popular BarnOne optical transmission matrix connected the many different stages to the HD OB van; and live flight box configurations were equipped with several BarnOne units with many different SFPs to accommodate a variety of signal formats. 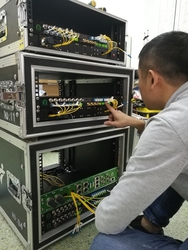 Barnfind’s partner in China, Mr. Can Chen, CEO of DigiRed, noted that BarnOne’s flexibility turned a potentially stressful situation into a successful production. The platform was able to transport many different signals between the numerous locations easily via the usage of varied SFPs, multiplexers, redundant signal paths and the newly introduced Barnfind’s Stage Box concept that allows cameras and ccu’s to be connected.

“This was a completely new experience for this year’s Tmall event,” said Chen. “Even though the Tmall is an extremely complex environment, we did not have to worry about people accidentally stepping on cables, or any other hiccups since Barnfind easily allows for redundancy in all areas. The BarnStudio software permits us to configure any combination of inputs and outputs at any time. And the new signal redundancy functionality, traditionally only seen in expensive management solutions, is standard from Barnfind. Our clients were overwhelmed with the platform’s quality and functionality.” 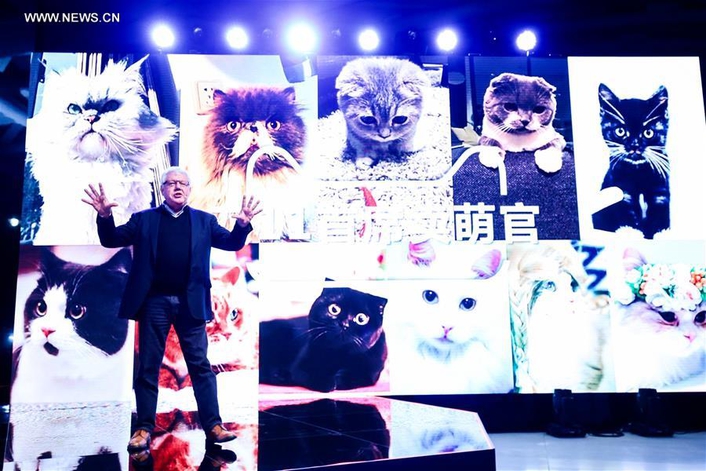 About Barnfind:
Barnfind Technologies AS, headquartered in Sandefjord, Norway, manufactures a multi-function signal transportation platform that supports numerous signals in one frame, including common video and telco formats such as KVM, SDTI, SMPTE 2022-6, MADI, SDI to IP, 4K 60p workflows, HDMI, DVI, CAM-CCU etc. In addition, there is a full 32 x 32 router in the frame with re-clocking on all outputs (BNCs and SFPs), reference input, full redundancy and the capability to have integrated CWDM/DWDM multiplexing. Barnfind’s  “no-cost” control software, BarnStudio, can be downloaded from the website. The platform is also compatible with many 3rd party control systems such as Skyline/Dataminer, ScheduALL, LAWO (LSB/VSM), BFE/KSC, DNF, TSL, RASCULAR, BlackMagic, Ross openGear/DashBoard etc. Barnfind offers the world’s most sophisticated CAM-CCU solution capable of supporting 18 x Cam-CCUs on one single fiber with low jitter and latency. Barnfind is known as the Champion’s company; found in most sport Championships around the world.