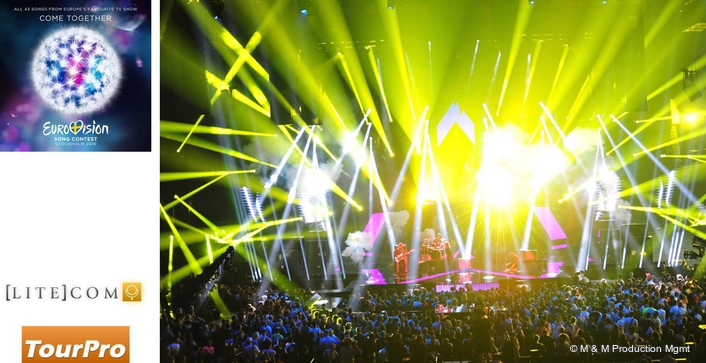 The Presentation of Georgia at ESC 2016

The 61st Eurovision Song Contest has come and gone once again, but not without setting a whole host of firsts, one of which was the biggest international audience to date to witness the highly-acclaimed TourPro LightSky Aquabeam.

Supplied by Litecom, 67 Aquabeam fixtures were used to illuminate the high-tech stage and interior of the world famous Globe Arena in Stockholm, Sweden, where Eurovision 2016 took place. The Eurovision Song Contest is an annual competition held among active member countries of the European Broadcasting Union (EBU). Each member country submits a song to be performed on live television and then casts votes for the other countries' songs to determine the most popular song in the competition. The Contest has been broadcast every year since its inauguration in 1956 and is one of the longest-running television programs in the world. It is also the most-watched non-sporting event in the world, with 2016 audience figures exceeding 200 million. 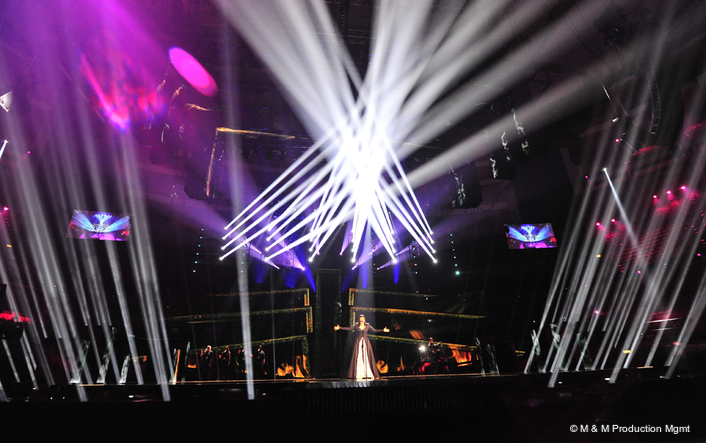 The Presentation of Macedonia at the ESC 2016

LD Fredrik Jönsson said of the Aquabeam, “It was actually one of the first fixtures we found last fall that I knew needed to be in this production. The beam alone caught my eye from the other side of the Las Vegas Convention Center at LDI and I said, ‘WTF?!!’ But even as I worked with it throughout the production, I continued to find so many other attractive features – one of which was its reliability. We were really happy with its overall performance and I’d have no hesitation recommending it in future shows.”

Melzig explains in his wildly popular ‘Eurovision Diary’ blog, “The fixture is driven by an Osram Sirius HRI 440s Bulb, and the focus point of the beam is almost 15 feet out from the lens, which gives it an amazing punch and output. We have 40 of them rigged off the railings around the Globe’s equator at 35 meters height. And you can see the beams very clearly even in bright daylight inside the venue. We've never seen anything quite like it, which is extremely interesting since this is something as rare as a Chinese original product, so it's not a copy of something else. But it definitely has potential of being copied by manufacturers from the West! WE LOVE IT!” 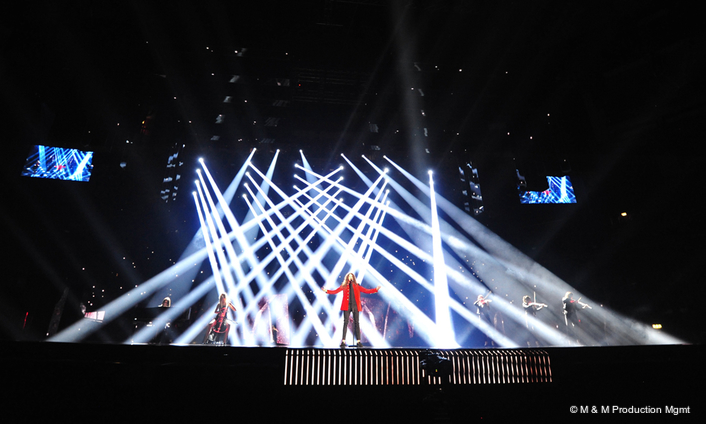 The Presentation of Poland at the ESC 2016

Although the Aquabeams proved themselves valuable at a great distance, Jönsson couldn’t resist placing another 24 – 4 on each of 6 movable truss “ladders” upstage for a stunning effect, even rivaling the back followspots.

While the Aquabeam is both IP54 rated and ETL approved, it proved in this instance that it’s not just for outdoors. In fact, its reliability was in the top 3 out of over 20 varieties of lighting products used on the production, logging only 3 failures out of 64 fixtures running 14-18 hours every single day for four weeks. “And actually,” says Balder Thorrud, Production Manager for Litecom, “two of those three that were reported as needing maintenance came down and they were actually just fine, with no repairs needed – it was incredibly stable.”