Adlib Can’t Believe What They Did for …. Emeli Sandé

Adlib supplied an L-Acoustics audio system, with all associated rigging and crew for the recent UK and European leg of multiple award winning Scottish singer / songwriter Emeli Sandé’s “Long Live the Angels” tour. The star is blazing a hot musical trail with her incredibly versatile voice, embracing a range of styles and genres, along with speaking up on several burning social issues.

Their system tech on the tour – fine tuning and looking after the PA each day – was Adlib’s Kenny Perrin, who commented, “It was a pleasure to work with everyone on this tour – amazing people, a great show and an extremely positive environment.” 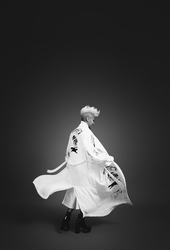 The itinerary featured a mix of venues – academies, town halls and arenas – so the requirement was to cover all of these, for which they toured a selection of L-Acoustics K1, K2 and KARA loudspeakers.

There were 32 x K1 elements on the truck, with the largest configuration typically 12 – 14 K1s a side for the main hangs, with four KARA-downs. The side hangs – when used – would be six K2s and two K1s a side.

When it came to front fills, stage and visual designer Jamie Thompson wanted to keep the lip of the stage completely clean and clear, so instead of the usual positioning of in-fills along the front, Kenny, his Adlib crew-mate and monitor tech James Coughlan and Andrew found a solution utilising two KARAs stage left and right just inside of the subs, sitting on dressed motor boxes. These covered the centre-field and maintained the integrity of Jamie’s elegantly asymmetric aesthetic.

“It was fantastic to work with a sound crew who understood exactly where we were coming from on lighting /visuals, ” stated Jamie from design practice MIRRAD.

The system was driven by L-Acoustics LA12 amps with one of Adlib’s Lake control racks for EQ and signal distribution.

Max specified an Avid S6L console from Adlib, which he used together with a selection of Waves external servers, with a ProTools rig for virtual sound checks.

For Kenny, the challenges lay in the variety in shape and size of the UK venues, all of which needed some imaginative PA designs.

“It’s one of the best sounding shows I have heard for a while” he comments, “Max produced a great consistency starting at production rehearsals and continuing throughout the tour. He has a great set of ears and the console also has a nice transparent aura”.

Andrew Williamson specified a DiGiCo SD5 console for monitors with fully redundant Extreme Waves servers, running 13 stereo mixes in total, eight for the band and the rest for tech / lighting mixes, with a MADIface taking care of recording and virtual soundchecks.

The band have their own set of IEMs, and they used just one Adlib drum sub upstage of the drummer for atmosphere ... so it was an extremely clean and tidy stage. 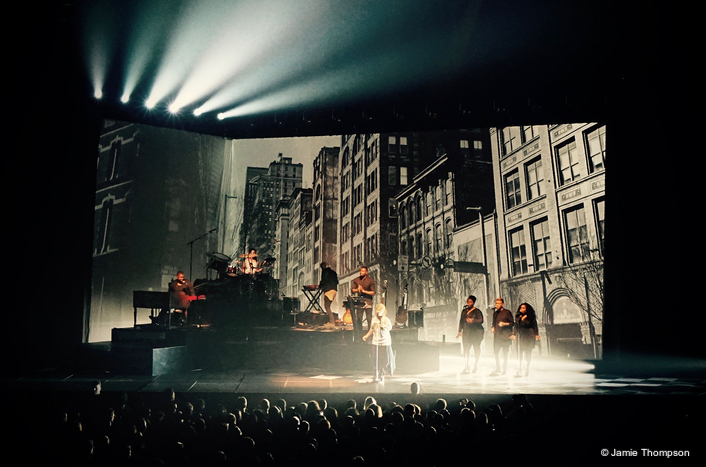 John Fitzsimmons at Adlib did an “amazing job” states Andrew of co-ordinating all the RF elements which were managed on the road via Sennheiser’s WSM program running on a laptop.

It was a very Waves and FX heavy mix for Andrew, who was recreating multiple album sounds using vocal effects, reverbs, delays, etc. utilizing around 12 instances of H-Verb, multiple verbs, delays for vocals, guitars, Hammonds, drums and even a run of guitar stomp boxes and amp simulators for vocal effects!

He also used an outboard Locomotive Audio 14B limiter / compressor on Emeli's main vocal in conjunction with a plugin chain, which he describes as “a stunning piece of hand-crafted art”.

He comments that working with the Adlib team was “Fantastic as always … it’s all down to service at the end of the day, and Adlib never disappoint. James ensured everything was smooth and efficient day-to-day and that I had everything I needed”.

Andrew has known the Liverpool based company since early on in his career – he first met MD Andy Dockerty when he was FOH engineering for Texas – and Andy was one of those who inspired him to pursue what has been a very successful professional career. 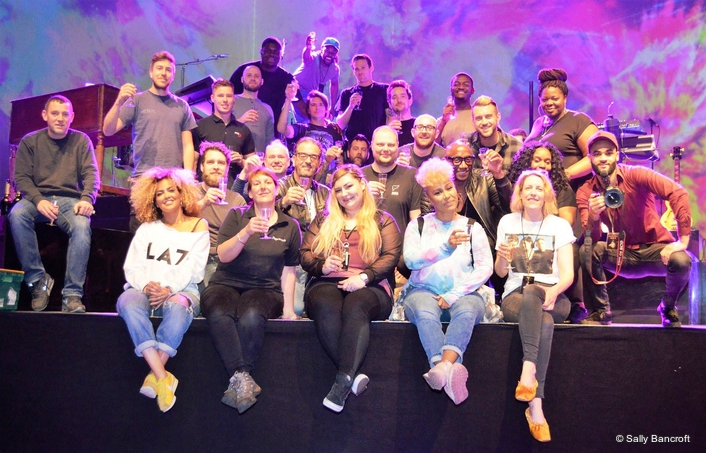 Adlib Director & account handler Phil Stoker stated, “We were all delighted when Emeli won The Brit Award recently. Her live show is stunning, the band is great & she is surrounded by a top crew with good management. The London Brixton show was a particular highlight on the UK run. Thank you to Steve, Max & Andy for bringing us on board.”