Fans of US rapper A$AP Ferg are treated to dynamic live footage and effects on his current Mad Man tour, through a slick stage design that features custom-built onstage robot cameras and a large HD video wall powered by Avolites Ai RX8 Servers. Lighting designer, video director and programmer for the tour is Michael Smalley of Twin Designs, who in the past has worked with artists including Pitbull, Shakira and Bassnectar. Smalley collaborated closely with production design company Vita Motus and LA-based technology design firm VT Pro Design to deliver the show

"The artist wanted a clean, runway look, like a high-end music video shoot," explains Smalley. "The cameras on the robot arms capture intimate and close-up shots so the audience can really see every moment on the big screen. This is mixed in with high impact effects to give a dynamic range to the show." 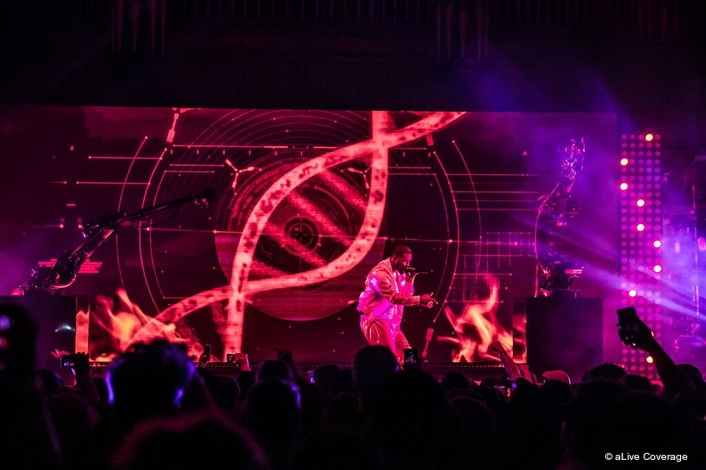 To ensure the cameras follow A$AP Ferg's every movement accurately and at speed animator at VT Production, Jordan Ariel, uses specialist 3D modelling software. The Ai RX8 servers, provided by VT Pro Design along with the robot arms, relay the live content from the cameras to the onstage 12ft x 28ft LED screens. 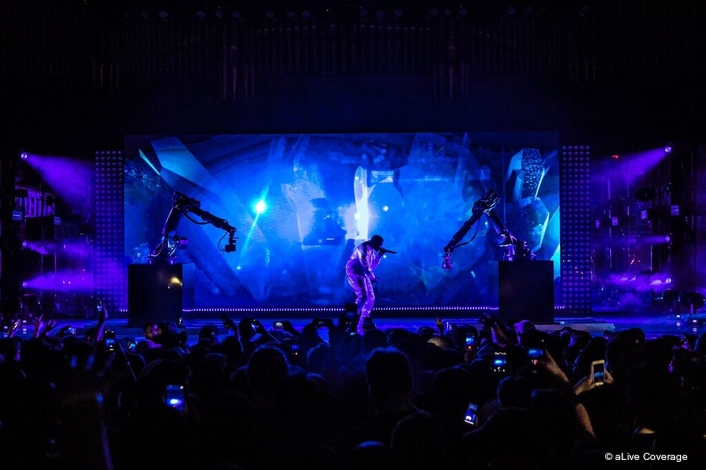 "Heather Shaw of Vita Motus called for screens to give the show the extra wow factor," says Smalley. "To make Heather's design work, I needed servers that ensured minimal delay and that could act as a hub for multiple inputs and real-time effects processing."

Smalley worked alongside Group One's in-house Ai support technician, Ruben Laine to map every tile of the onstage video wall in the Ai server, giving Smalley the flexibility to mix a multitude of effects across the stage using a live feed. This was mixed in with the show's ambitious pre-recorded video content created by long-time A$AP Ferg collaborator and video content designer, Andrew Best.

"With Ai, I can control the LED screen tiles in the same way I can control an entire lighting rig," says Smalley. "The production's rig is almost entirely LED, including moving heads, strobes and battens, meaning that everything on stage is mappable through Ai. I achieved absolute integration of lighting and video using the media server not only as a server, but as a powerful lighting instrument." 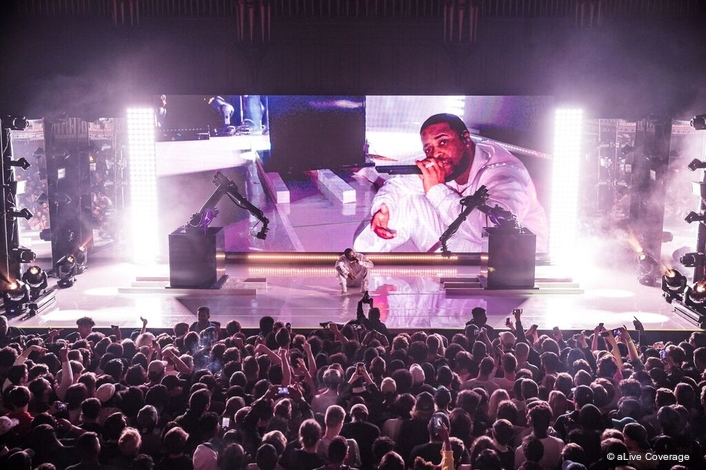 In doing so, Smalley has entire songs in the set whose content and lighting is all controlled inside Ai. "All limitations are now out of the window," he says. "Ai is opening a whole new doorway to creative possibility." 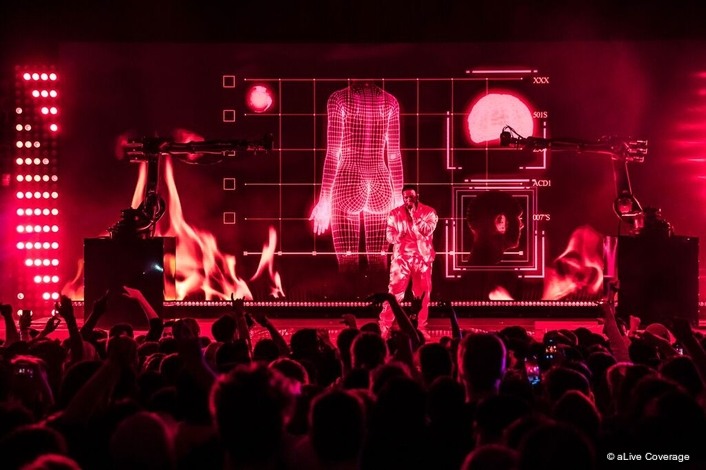 He adds, "One of the best aspects of Ai is that despite the ambitious video processing and feeds, it's pretty much plug-and-play. We had limited time to program and get this show out there and Ai really helped us streamline the pre-production process." 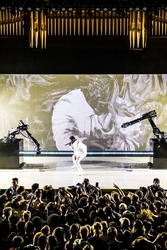 Of the technical support he received on tour, the designer remarks, "With any live tour scenario it's also good to know a product's technical support team is there when you need them. The Avoilites staff have an incredibly personable manner - the customer support level is extraordinary."
A$AP Ferg's Mad Man tour plays at mid-sized venues across North America and continues into April.