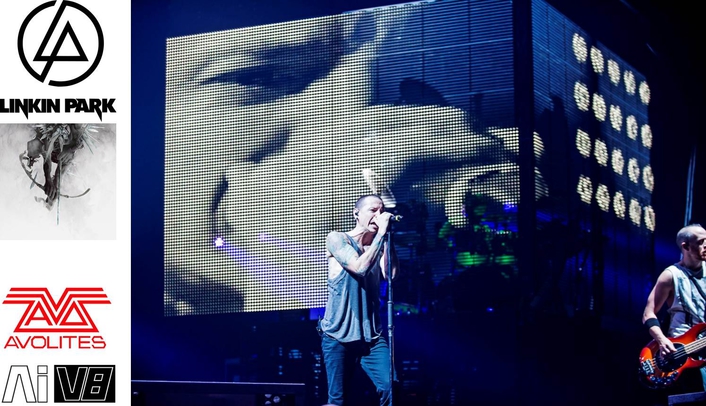 Two Avolites Ai Infinity Servers  handled the HD camera feeds and visuals triggered in real time and delivered them to LED array
US rock band Linkin Park recently stormed into London's O2 Arena, performing in front of a spectacular backdrop powered by Avolites Ai Infinity servers running version 8. The rockers played two nights in London and one in Manchester as part of the European leg of their 'The Hunting Party' tour, with a 'stark and edgy' show that saw unique looks for each song.

"Every instrument that the band plays, including the DJ rig and the guitars, are sending some kind of signal across the system," explains systems programmer and lighting designer Scott Chmielewski, from visual content creation agency DMDS7UDIOS. "We use these to trigger content, be it live camera, or pre-existing media. I can also manipulate those images in real time, add effects and blend them together in layers."

It was video director and content producer Brandon Parvini of LA-based Ghost Town Media, alongside Linkin Park's DJ and creative director Joseph Hahn who worked on the visual concept and pre-visualisation. During this development period Michael Fullman and Vartan Tchekmedyian of VT Pro Design came on the scene and the role of Parvini and the team from Ghost Town shifted to that of transition team. Fullman then engaged Chmielewski to assist in the realisation. 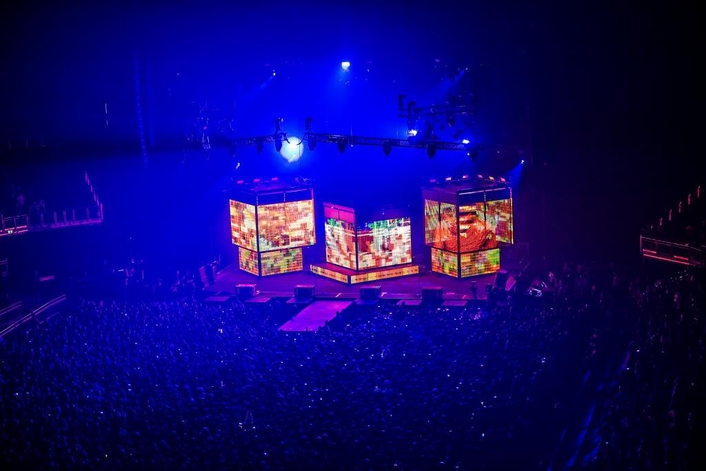 "Ai gave us a seamless level of integration in terms of the ability to use and manipulate signal types of so many different variations, including video signals, midi, time code, and motion capture systems," Chmielewski continues. "The processing power of Ai is incredible - I can't think of another server that would allow us to use the four video inputs for live capture on top of a high definition video signal and on top of high resolution content while still taking midi notes and time code and staying in sync!" 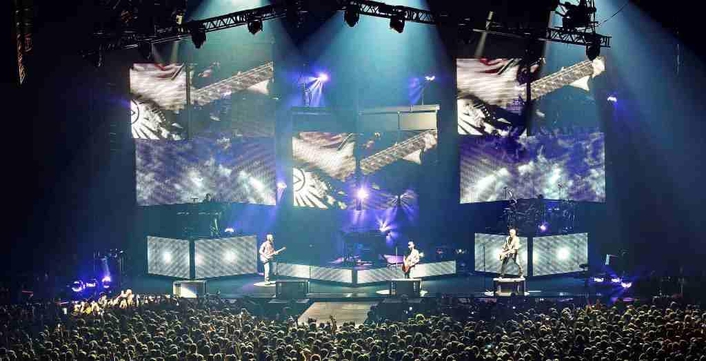 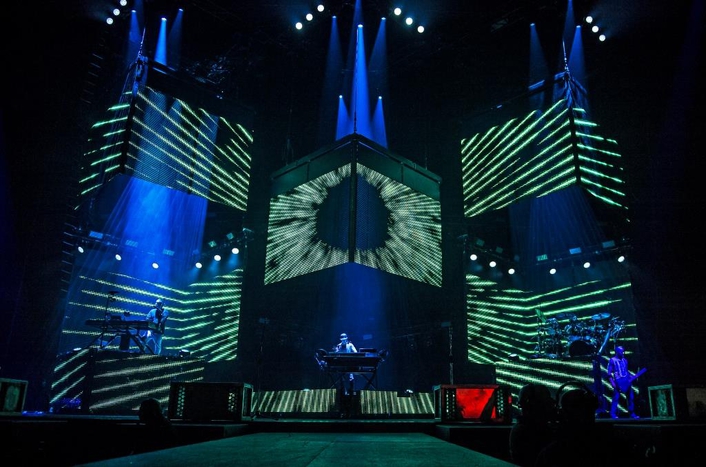 "We would not have been able to pre-visualise this show in any other way than using Ai's powerful built-in pre-visualation tool," says Chmielewski. "We were able to visualise the moving screens, the midi notes, the content, the interactive elements, everything. When we got to our first production rehearsal with physical equipment I didn't have to touch it. What we did in pre-programming and pre-tech rehearsals translated perfectly to the real world."

Linkin Park continues to tour in the USA until 14th February 2015 and will be returning to Europe for festival dates throughout the summer.