Emmy-award winning production company 7 Cinematics, the foremost producer of live-music broadcasts and cinematic video streams, prove that live-streamed concerts can be profitable. In August 2020, 7 Cinematics collaborated with The Avett Brothers to capture their live performance at the Charlotte Motor Speedway in Charlotte, NC. To ensure viewers’ safety, fans watched from their cars in a packed infield, while remote fans could pay per view the concert online. Demand for both in person and online tickets was so high, that The Avett Brothers and 7 Cinematics added a second show on October 24th. The two sold out shows combined pulled in 3000 cars and roughly 20,000 online pay-per-views.

“This new model proves there is a profitable and safe way for artists and fans to connect during the pandemic,” Adam Paul, CEO of 7 Cinematics, explained. “The world has never seen something like this before and we broke new ground on these productions. There wasn’t a bad seat in the house, whether fans were at home or at the speedway.” 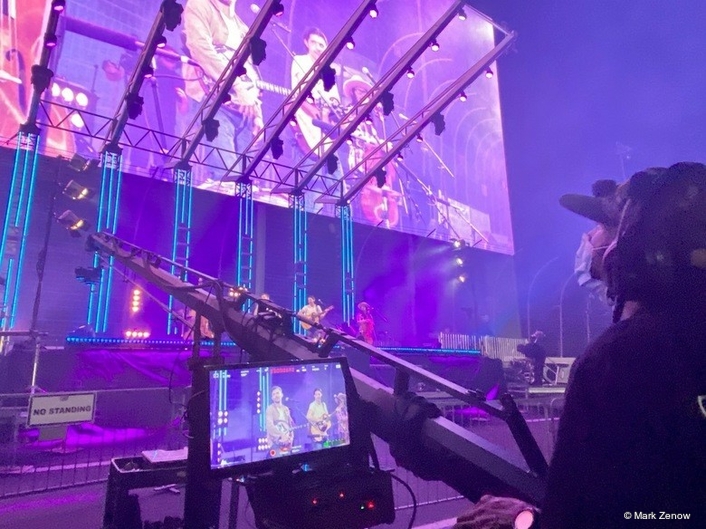 7 Cinematics beamed its signal to Nugs.net for a live broadcast around the world, while simultaneously sending the stream to the speedway’s 200-foot long LED screen. Crystal clear audio was broadcast via radio signal to each car within the speedway. 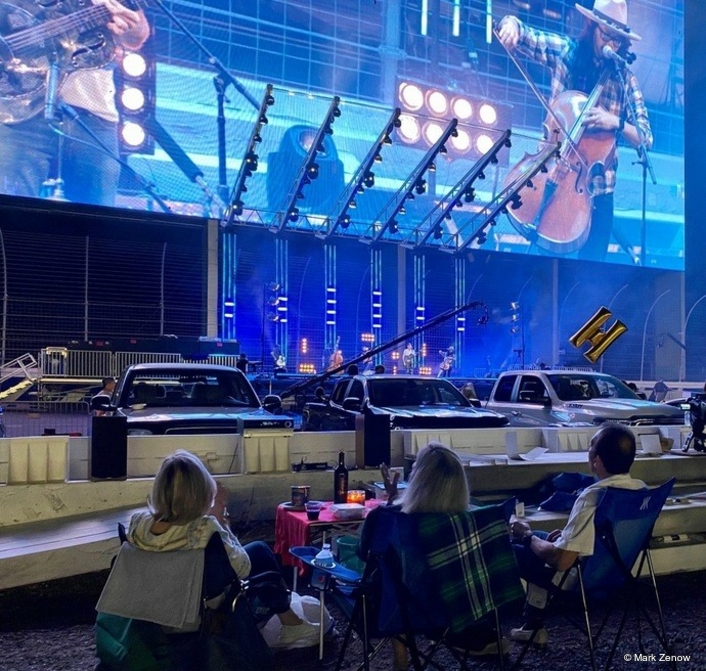 The Avett Brothers have worked with 7 Cinematics on video projects before, including the music film currently airing on PBS, The Avett Brothers at Red Rocks. The production company is known for exceeding at seemingly impossible tasks and their list of past clients and projects reads like a laundry list of the most iconic live performances from years past. This includes such groundbreaking performances as: The Red Hot Chili Peppers Live from the Great Pyramids, Kanye West’s Sunday Service, The Brothers 50 at Madison Square Garden, The Raconteurs (Jack White) Live at the Ryman Auditorium, Dead and Company Live at Folsom Field, and more.

ABOUT 7 CINEMATICS
7 Cinematics is a three-time Emmy Award-winning production company, known for producing the world's foremost live-music broadcasts and video streams. With hundreds of live shows produced to date, the company has redefined an industry, by creating and producing groundbreaking broadcasts, including: The Red Hot Chili Peppers Live from the Great Pyramids, Kayne West's Sunday Service, The Brothers 50 at Madison Square Garden, The Raconteurs (Jack White) Live at the Ryman Auditorium, Dead and Company Live at Folsom Field. The company's work has aired on NBC, Direct TV, PBS, CBS, Netflix, YouTube and other streaming platforms. Headquartered in Greensboro, North Carolina the company also has studios in Nashville and Los Angeles.