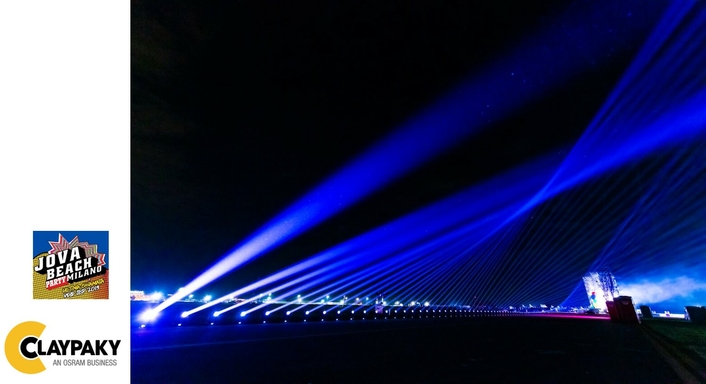 One hundred Claypaky XTYLOS units were used to create the "Il colore del suono" (the color of sound) lighting rig, conceived by the Giò Forma studio and created in conjunction with Claypaky's lighting designer Marco Zucchinali.

The installation was put together for the Jova Beach Party on the runway of Milan Linate airport, which has been closed since July for major refurbishment works. The event was the final stage of Jovanotti's tour of the beaches of Italy. It saw over 100,000 people attend over eight hours of music with various guests, and culminated in a concert by Jovanotti himself, Italy's most loved rap singer-songwriter.

Claudio Santucci from Giò Forma explained how the installation came about: “It all started with Jovanotti's and the creative team's request to have a light installation which could be seen from afar. I went to the Claypaky showroom to see their new light, the Xtylos. After the demo, I immediately realized that a large open outdoor space like an airport was the best place to get the most from its solid concentrated light beams. We then talked to Paolo Dozzo, Claypaky's manager for Italy, who made the 100 Xtylos units available to us through Agorà.” 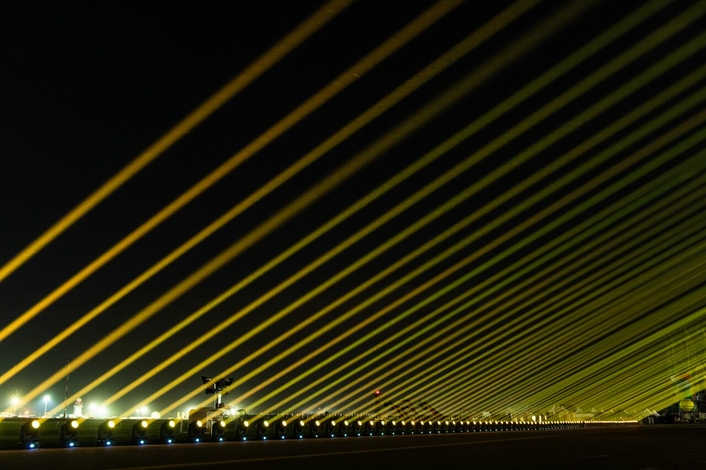 Santucci went on to say: “Giò Forma's concept draws its inspiration from the idea of expressing the relationship between light and sound as a cross between vibrations and sensory stimuli that merge into a synaesthetic whole. We wanted to represent the connection between sound waves and light waves. Few people know that there is a very close relationship between the two: some sound frequencies correspond to the light frequencies of certain colors.”

The “il colore del suono” installation produces a play of light and music, which also evokes certain aspects of nature: the waves on the sea, the Northern Lights, rainbows. 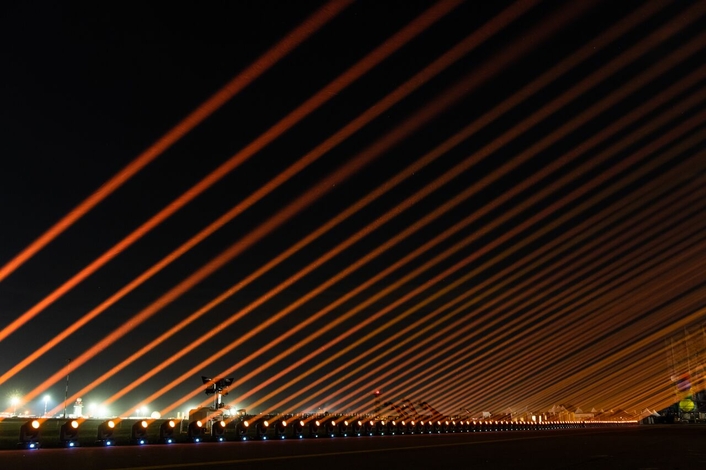 “We were able to recreate multiple sequences of movements and colors with the Xtylos units, which we then combined with the sound of the concert. The exceptional nature of these fixtures was immediately evident from their extremely solid light beams, which could be seen miles away regardless of their color.”

The Claypaky Xtylos is an innovative compact beam moving light with unique optical and color features. Its 10,000-hour tailor-made laser light source is a powerful engine which produces a wide range of colors. The Xtylos uses laser technology with RGB additive color mixing. Unlike with the subtractive mixing used with discharge lamps, its colored light beams are as bright as its white one. 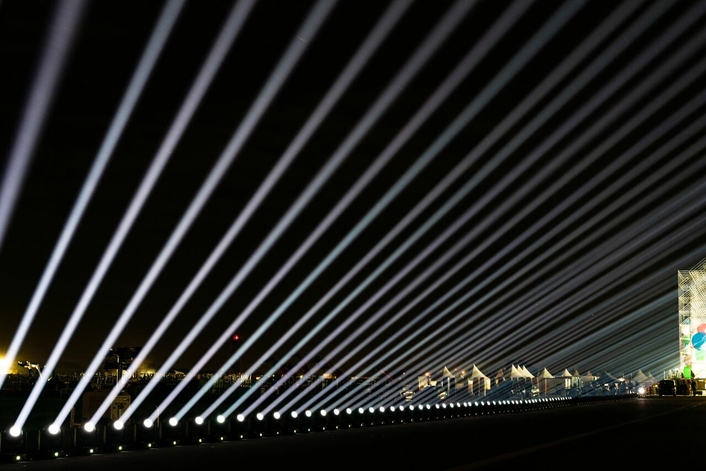 Claypaky's Paolo Dozzo said: “The advent of the Xtylos on the market clearly shows that it is still possible to make profound technological innovations in the entertainment lighting sector, even by completely redesigning the light source. The potential of the Xtylos makes new creative alternatives available to lighting designers; it allows them to transform their ideas into reality in a way they probably would not have been able to achieve with any other beam moving light.” 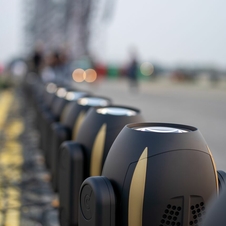 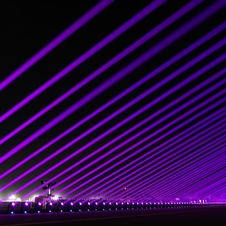 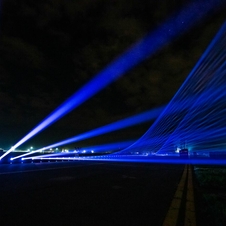 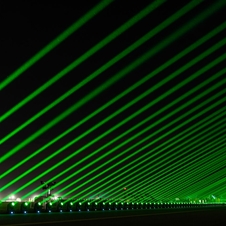 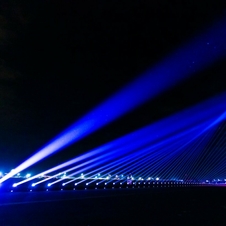 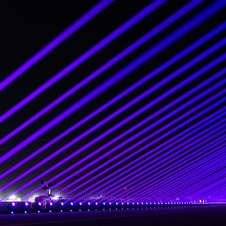 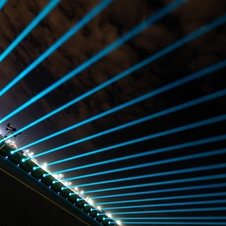 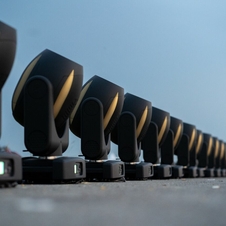 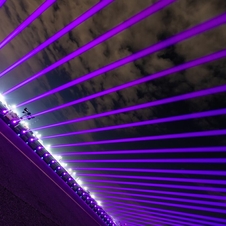 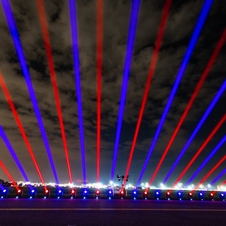 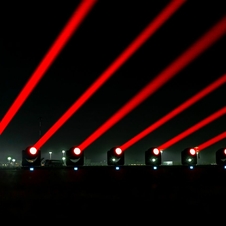 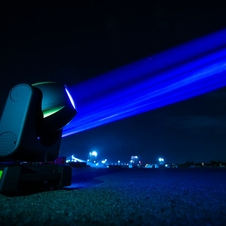 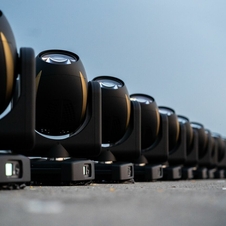 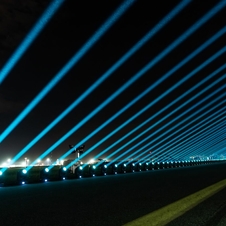 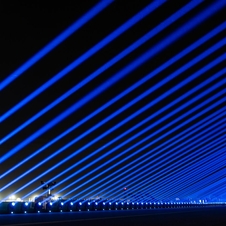 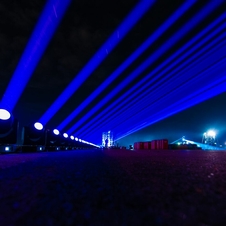 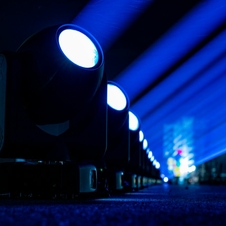 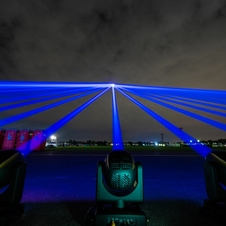 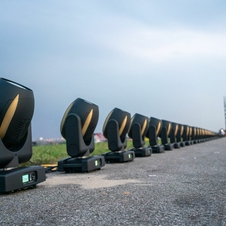 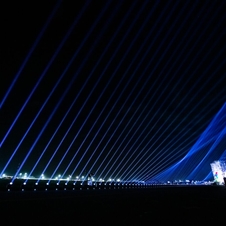 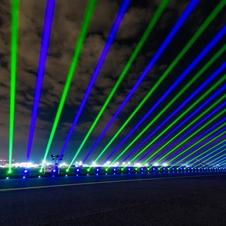 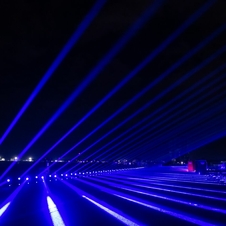 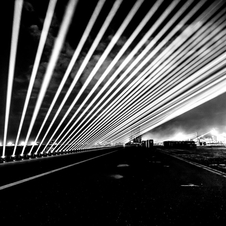 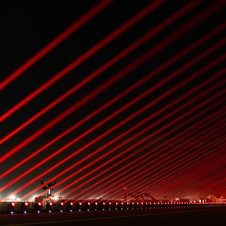