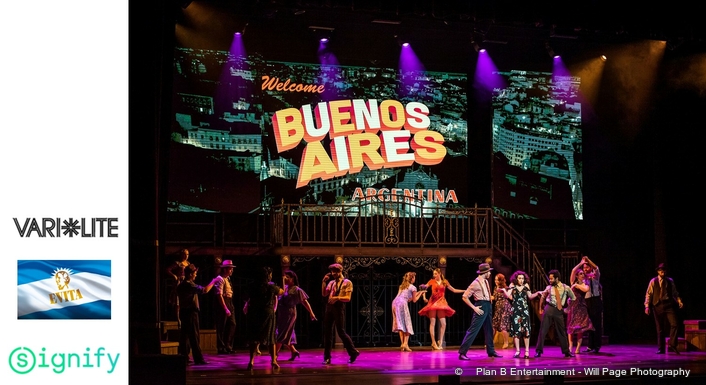 The VLZ Profile luminaire, from Vari-Lite’s latest generation of LED moving head fixtures, has once again proven its outstanding stage lighting credentials, this time on Plan B Entertainment’s US touring production of Tim Rice and Andrew Lloyd Webber’s Evita. Specified by lighting designer Chad Bonaker, the fixture’s size, brightness, zoom and effects package combined to meet the designer’s every need.

Bonaker, faced with the familiar touring theater challenges of limited truck space and short load-in times, knew he had to ask a lot from his lighting fixtures. “The lighting package needed to be very compact,” he says. “And, with quite a few one-off tour dates, we wanted to limit the number of fixtures to be loaded in and refocused from venue to venue.” 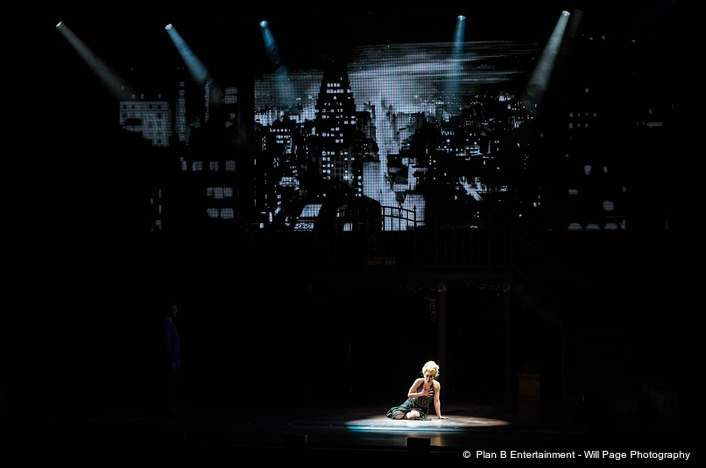 With the fixture count necessarily at a minimum, maximum versatility was essential. “Every light in the air had to pull its weight in multiple roles,” says Bonaker.

The core of that versatility would be a high output and a wide zoom range. “Evita has a few full stage numbers where I wanted to get good color on the whole stage and still have fixtures left over for specific texture and solo work,” he says.

The powerful 24,000 lumen output and 8-50˚ zoom range of the VLZ Profile delivered all the flexibility he needed, and more. “I originally planned on 16 fixtures, to provide a full stage side wash in color, but with the VLZ’s brightness and zoom range, I could usually get away with using just eight,” he says. 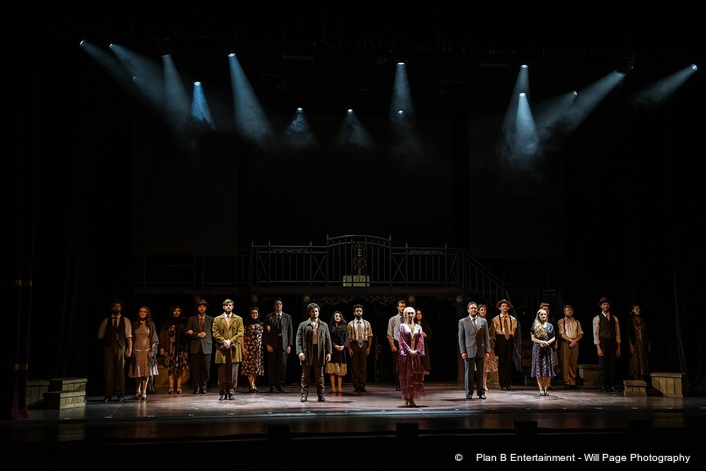 Overall, Bonaker declares the VLZ’s performance, in terms of both brightness and color rendition, to be “outstanding”.

“Normally,” he says, “you run fixtures at full and wish you had a bit more intensity: for some pickups, I find myself running the VLZs at 50%.” He adds, “The quality of the LED light also avoids the weird skin tone color issues that sometimes occur with non-incandescent sources.”

Summarizing, Bonaker says, “I put the VLZs through their paces and they did great. I was nervous that with so few fixtures, the show wouldn’t be very dynamic, because I’d have to use so many for area lighting alone. Luckily, I could do so much with just a few fixtures, that the rest could be used to create some art . . . The flexibility allowed me to create a dynamic design with a great variety of looks.” 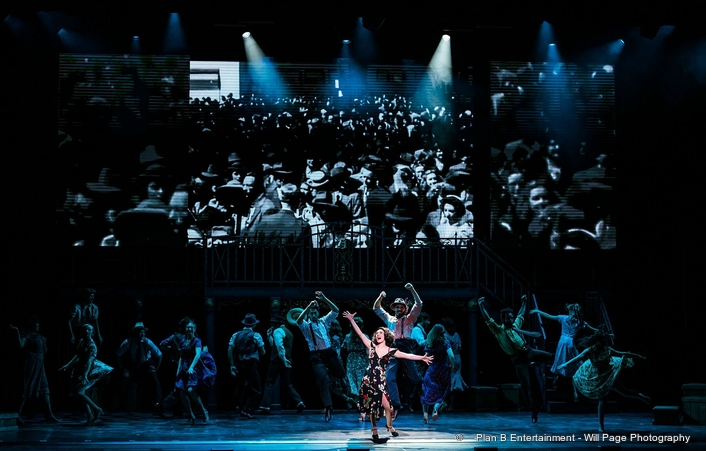 For Bonaker, the VLZ Profile has validated LED technology’s place in stage lighting. “This tour has proven to me that the age of the incandescent theater fixture is waning,” he says. “The quality of these fixtures makes me believe that we’re on the verge of a seismic shift in lighting to rival the introduction of the original Vari-Lite.”