VR and AR examined from all angles at IBC2017 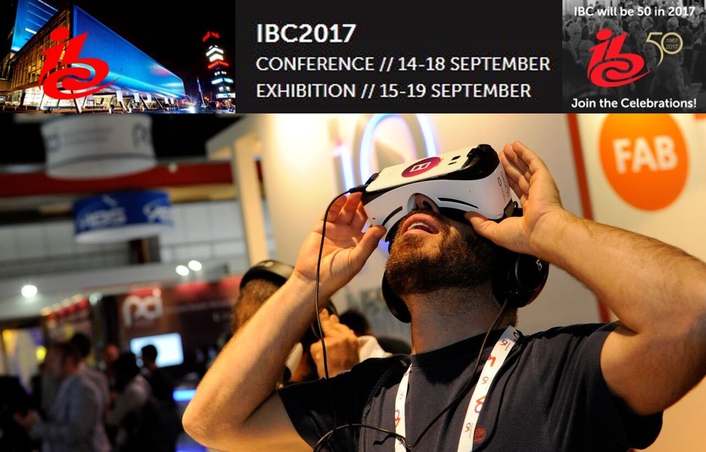 Virtual Reality (VR), Augmented Reality (AR) and Mixed Reality (MR) will come under real-world scrutiny at IBC2017, with opportunities throughout the show to learn more about these new technologies - from their current place in the market to the opportunities they offer, as well as examining technological challenges and user experiences.

Rikard Steiber, President Viveport and SVP Virtual Reality at HTC Vive, will give a conference keynote presentation on 16 September looking at the road ahead for VR. The session will look at the emerging swathe of consumer devices and services, such as the Viveport VR app store, as well as showcasing successful VR experiences across platforms, from entertainment to sports content.

While revenue forecasts for VR and AR over the next three years run into the billions, many companies are still hesitant to invest. The panel discussion “Leaving the Hype Behind: Next Frontier in VR, AR, MR and Other Realities in Between” on 17 September, promises an illuminating session on the realities of VR and AV. Success stories, insight into the projects in R&D, and a pragmatic discussion about what will it take for VR and AR technologies to reach their potential will all feature. Panellists include Edward Tang, Co-Founder and CTO of Avegant, a company that has developed ground-breaking Retinal Imaging Technology; Leen Segers, Co-Founder and CEO of LucidWeb, a pioneer in VR content development and distribution; and Tony Mugavero, CEO of LittlStar, a global network platform dedicated to VR and 360 content.

Also taking place on 17 September, the Startup Forum offers an invaluable day for established media houses, startups and investors working in VR, AR and MR to share their opinions on the future for these advanced media technologies. Speakers include Marco DeMiroz, Co-Founder of The Venture Reality Fund (The VR Fund), a company that invests in early-stage VR, AR and MR startups.

IBC has also curated a choice selection of conference papers on this hot topic, in a session entitled “VR and AR – The Production, The Potential and The Pitfalls”. Speakers will share some of the lessons that have been learned so far, as well as discussing the exciting potential of live-action VR captured with camera arrays, the potential adverse effects of VR and AR – and how to avoid them.

In addition, the IBC Future Zone is set to deliver the latest ideas and innovations as a specially selected group of companies, including BBC R&D, Generic Robotics, NHK. Sennheiser and Immersia TV, showcases technologies including mixed reality, 3D audio and holographic projection, with a focus on multi-sensory virtual worlds and imagery of the future.

The IBC Future Zone is also home to the IBC Future Reality Theatre. Free to attend for all IBC attendees, the Theatre looks beyond current technology, identifying state of the art concepts and inventions and helping to map future applications and market sectors. Confirmed companies speaking include, Adobe, Live Planet, Nokia, V-Nova and Mettle.

“VR, AR and MR are everywhere at IBC this year, from the conference to the Future Zone to the exhibition halls,” said Michael Crimp, CEO, IBC. “There’s a real sense of excitement around these new technologies and IBC provides an ideal opportunity to learn more about the new opportunities that are available for driving innovative content and creating new revenue streams.”