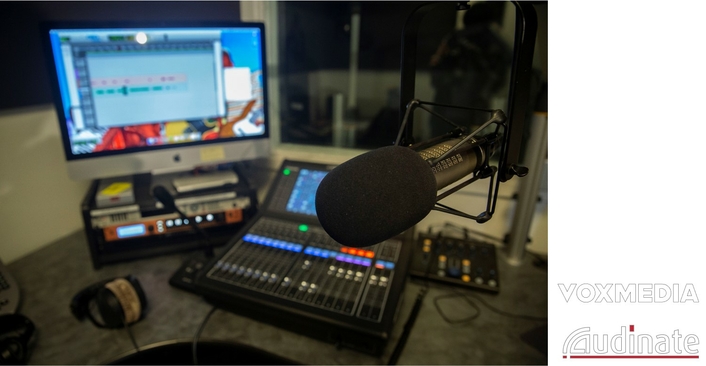 The Vox Media portfolio features some of the most respected editorial properties in the business, including Vox, New York Magazine, The Verge, The Cut, Eater, Vulture, The Strategist, Polygon, and more. The Vox Media Podcast Network is one of the largest collections of popular podcasts spanning technology, news, pop culture, and futurism. Vox Media Studios is the group’s award-winning nonfiction production and distribution studio for multiple TV and streaming partners.

Miles Ewell is the Director of Production Technology for Vox Media. Ewell and his team of AV professionals manage all the internal equipment rental systems of the company, external sub-rental systems, all of the in-house studios, studio infrastructure design and building, and technical consultation across the company.

"A lot of our focus these days is on the podcast group, and the long-form studios team because they require a lot of tech support and consultation," said Ewell. "We also support editorial video across the company, as well as events technology." 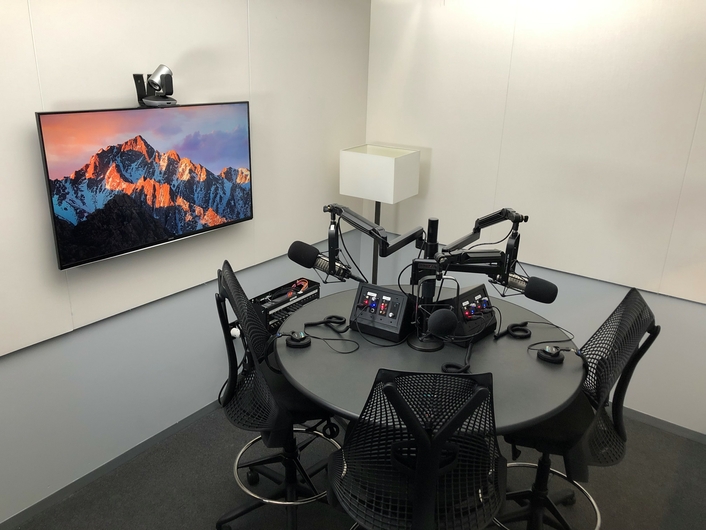 Ewell and his team have supported the Studios division since launching a couple of years ago. The Studios division writes and sells shows to the likes of Netflix and Hulu, and other providers. The team also supports the Vox Media Podcast Network, which works with all of the company's editorial groups and writers to build an extensive catalog of podcasts. In all cases, the Production Technology team helps design, install, and configure the studios and spaces and then provides on-going support for the studios.

“When I first started with Vox Media, I was running live sound for streaming sports shows, and when I joined, we were plagued with some challenging analog audio runs in our Bryant Park studio, that were regularly impacting our live streaming work," said Ewell. "They had a Yamaha QL5, but were not using Dante for stage patching. I convinced them to buy a Yamaha RIO Stage Rack with Dante connectivity, and it was the best thing ever.  All our audio signal problems were solved, and I was hooked on Dante from then on.” 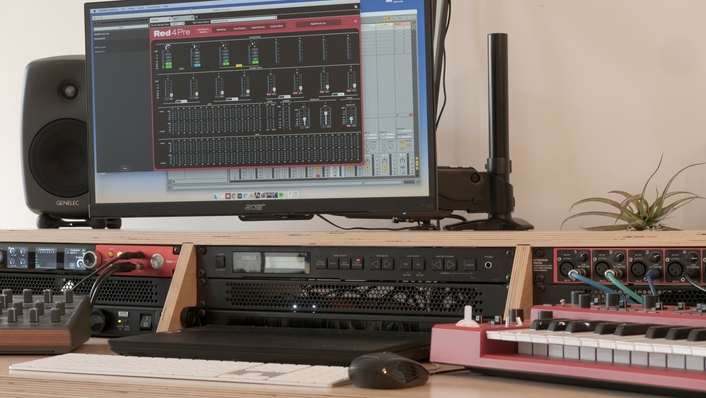 When the Vox Media team decided to build a new facility in New York, Ewell helped design the audio infrastructure to use Dante as much as possible.

"I use Dante any chance I can. I don't even want to use broadcast headphone amps in our podcast studios anymore. I just want to use the RedNet headphone amps," said Ewell. "Being able to control everything remotely, like Dante coupled with certain manufacturers like Focusrite, you could do everything from somewhere else and that is so appealing."

Audinate’s Dante is a complete audio networking solution and the de facto standard for digital media networking. Dante distributes uncompressed, multi-channel digital media via standard Ethernet networks, with near-zero latency and perfect synchronization. It enables digital audio distribution via standard Ethernet networks — the same networks used for home or office data networking. In fact, Dante is designed to allow audio, control, and all other data to coexist effectively on the same network.

"I'm taking a fresh look at our podcast infrastructure. In San Francisco, we have a small studio, and we use Dante from the console to the computer. In DC, we have two podcast studios that are both QL1s with RIOs, and those are fully integrated," said Ewell. "I see a lot of opportunity for using Dante. In both New York and DC, in our multi-room facilities, they always shared a Dante network. I set up our studios in each facility so that they were connected. So we had a primary control room, and then we could have a session with people in each room separately, and I was able to do that extremely quickly with our Dante setup." 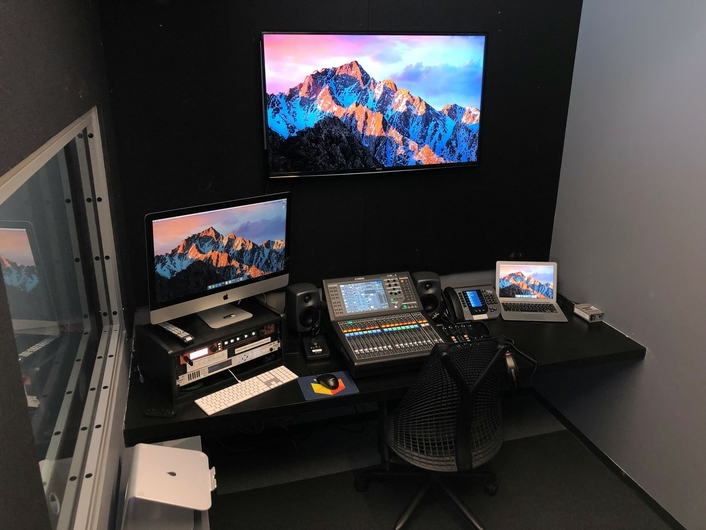 Along with unparalleled audio quality, Dante delivers ultra-low latency and near-perfect synchronization. Dante’s intuitive user interface and network management features enable even the most complex networks to be set up and configured quickly and easily, making system integration simple.

"At our Broad Street, New York facility, we have something like 24 Dante devices, including RedNet devices, in our server room to talk to our comms system and our Skype units," said Ewell. "We have a bunch of QL consoles throughout the floor and audio suites and live control rooms and podcasts control rooms, and we use a lot of AVIO adapters because they're so easy to deploy."

Available for analog input or output, for AES3 and USB conversion, Dante AVIO Adapters allow users to connect their favorite audio gear with any Dante-connected system — delivering the interoperability, performance, and scalability that only audio networking can bring.

"The AVIO USB adapters are great because in our podcast studio specifically, we do interfacing with people over Skype or Zoom, and we found that laptops running Skype are easier to manage, so we use AVIO adaptors to connect the laptops," said Ewell. "So, if someone in one room needs to hear audio from another room, we've already programmed the transmitters and receivers. We have a dedicated, completely separate Dante network, primary and secondary with ports in almost all rooms."

Ewell and the Vox Media team are looking forward to getting past the pandemic and back to a more normal level of business and creative interaction. But many lessons have been learned for the work-from-home experience, and Ewell is looking to leverage the benefits of remote connectivity and control in future audio systems and production plans.

"We're excited to get people back into our studios on a more regular basis. I'm taking a deep look this year at how we can build really clean remote-controllable studios," said Ewell. "I'm looking forward to seeing our use of Dante grow and seeing how I can have a studio in California controlled by a producer in New York — we just mix/match what we need to make a project happen. I have no doubt that Dante will play a big role in those concepts."

About Audinate Pty Ltd:
Audinate Pty Ltd (ASX:AD8) has a vision to pioneer the future of AV. Audinate’s award winning Dante AV over IP networking solution is the worldwide leader and used extensively in the professional live sound, commercial installation, broadcast, public address, and recording industries. Dante replaces traditional analogue cables by transmitting perfectly synchronized AV signals across large distances, to multiple locations at once, using nothing more than an Ethernet cable. Audinate is headquartered in Australia and has regional offices in the United States, United Kingdom and Hong Kong. Dante technology powers products available from hundreds of leading audio partners around the world. The company’s ordinary shares are traded on the Australian Securities Exchange (ASX) under the ticker code AD8.

Dante and Audinate are registered trademarks of Audinate Pty Ltd.