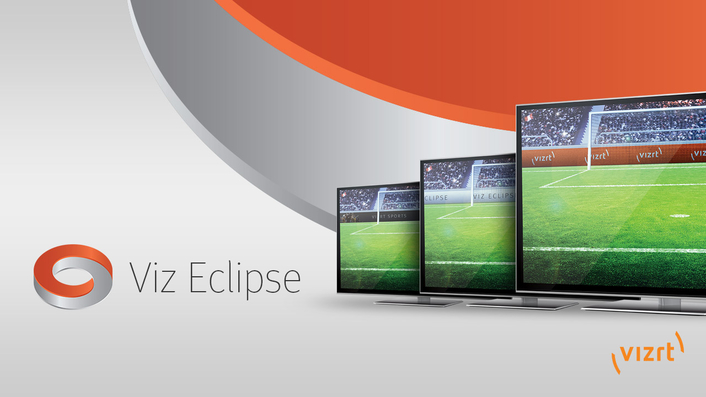 Vizrt, a leading provider of sports production tools for the digital media industry, has today announced Viz Eclipse, a new tool that allows sports rights holders and broadcasters to virtually replace field-side advertising boards. The technology utilises Vizrt’s pioneering image-based camera tracking capabilities and does not need any physical camera or board adaptations on site.

Using Vizrt’s advanced keying techniques, the ads appear natural in the background, allowing freedom of camera movement. Players and officials can walk in front of keyed adverts without interruption to the layered insertions. Viz Eclipse can be applied to non-unicolor backgrounds, such as LED boards, and rendering filters allow for seamless blending of virtual signage with the stadium’s environmental conditions.

“Viz Eclipse will give sports rights holders the opportunity to globally monetise their content,” said Stephan Würmlin Stadler, EVP Sports for Vizrt. “Televised sports will always be a live commodity and Viz Eclipse will allow targeted, regionalised advertisements to be added to live games in an unobtrusive way.” 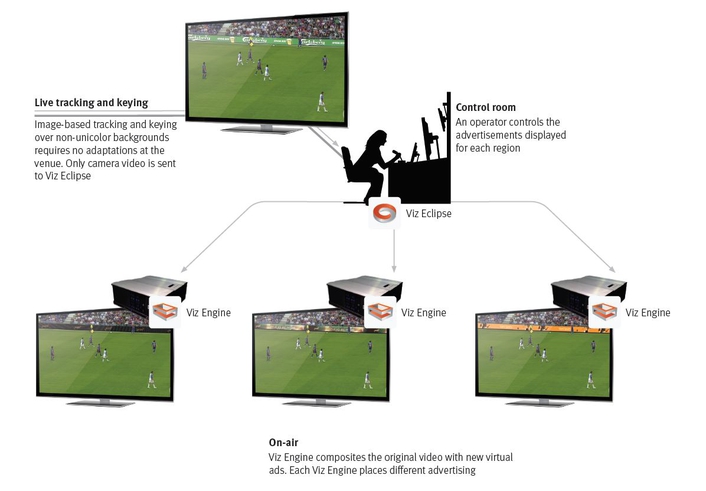 “We recently accomplished virtual insertions of region-specific advertisements during live games for international coverage of the NBA playoffs. Using Viz Arena, we were able to place virtual advertising for Chinese audiences on the basketball court during the live game, downstream in the broadcast center. The same technology is used here but applies more sophisticated techniques for keying over the multicolored boards placed field-side during a game.”

The initial focus of Viz Eclipse is on soccer and it can be applied to footage recorded from any stadium with perimeter advertising boards. It doesn’t need any alterations to the boards themselves and requires minimal overhead to TV production workflows due to its image-based camera tracking and keying. Automatically working with multiple Viz Engines, Vizrt’s real-time graphics and video compositing engine, users can easily target an unlimited number of regions with custom sponsor messages.

“This is going to transform the marketing capabilities of modern sport,” said Petter Ole Jakobsen, CTO, Vizrt. “It’s always very exciting to see new ways of using virtual graphics technology and applying it in the real-world. By being able to key graphics over almost any background while having live movement in the foreground, we’ve created groundbreaking technology that could evolve into new forms of live storytelling in the future.”