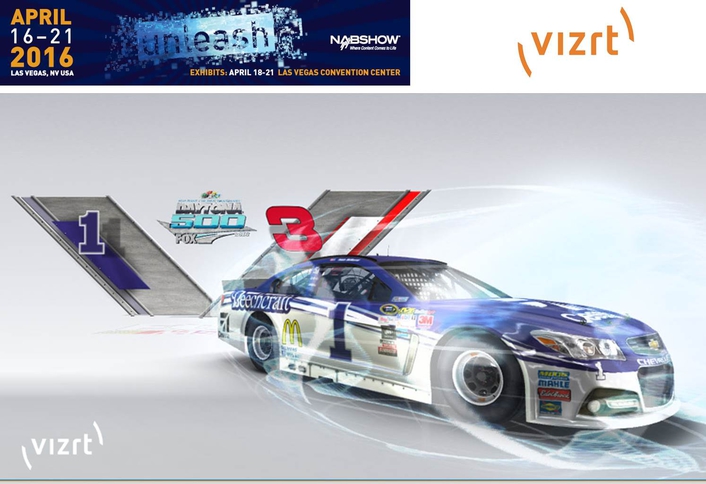 Augmented reality graphics
At NAB, Vizrt will present AR graphics during a live studio presentation that will demonstrate how media companies can easily add AR content to any live production without the need of a chromakey wall. The AR graphics will include data-driven election content powered by the Astuce US Election Data Platform module developed and integrated in Vizrt by AstuceMedia and designed by the Al Jazeera America Creative team as well as interactive graphics controlled by the presenter.

To display the AR graphics, Vizrt will use a camera on Shotoku’s new Virtual Studio pedestal and a hand-held camera featuring tracking from Ncam. The tracking data from both systems allows Vizrt’s Viz Virtual Studio to place AR graphics on the set, tracked with realistic movement. 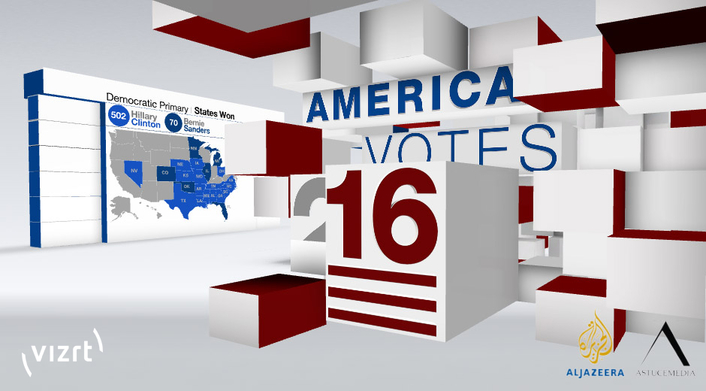 Adding depth to the studio
Vizrt’s live studio presentation will feature a 7.2 meter LED video wall from Leyard. The video wall will display a virtual window which acts as an extension to the real studio space by creating a perspectively correct representation of the background based on camera position. This capability adds depth to the physical studio for displaying virtual graphics.

The video wall will be driven by Viz Engine running on a specialized version of BOXX Technologies’ all new APEXX 5R, a 3U, rack-mounted workstation that includes liquid cooling, a 2000W redundant power supply, and in this case four NVIDIA M6000 graphics cards and a Matrox Xmio3/6/550 video card.

"Virtual graphics technology is not just limited to the green screen,” said Gerhard Lang, chief engineering officer, Vizrt. “This year at NAB we wanted to highlight what is possible for broadcasters in any environment. By adding virtual graphics to the studio or outside for a live event, any idea can be expanded upon, giving the presenter a visual way of telling the story.”