TV3 - the First Television Station in Spain on Google TV

With the release of the application for Google TV, TV3 becomes the first television station in Spain to have its own presence on this platform. TV3 offers this service with a range of thousands of videos on demand (accessible through programs and through a search engine) and a live feed of channel TV3CAT. The service is similar to what TV3 offers through other Smart TVs (Sony, Philips, LG, Sharp) and other platforms like the PS3 console, Windows Media Center, the TiVo service from ONO, the InOut TV receiver and mobile devices.

This boost in TV3 content on the Google audiovisual platform is being carried out to coincide with the closure of satellite emissions of channel TV3CAT and it is one of the steps that Televisió de Catalunya is making to promote the broadcasting of channel TV3CAT. 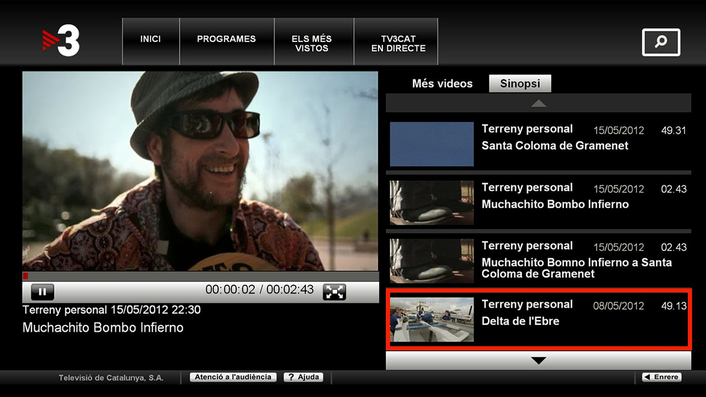 To access TV3 on Google TV you need to download the application from the device through the Google Play app market.

About TV3 – Televisió de Catalunya
TV3, based in Barcelona,  is the television company of the Catalan Broadcasting Corporation (CCMA). It was founded in 1983 with the mission of restoring the Catalan language and culture to their rightful place. Today it is Catalonia’s main communication medium and the TV network that is most watched by the country’s citizens. Its programming is firmly committed to social and democratic values, pluralism, and public service.