BT has chosen the former International Broadcast Centre at the Queen Elizabeth Olympic Park as the home of its new BT Sport channels. Timeline Television has refitted part of the building to house three TV studios, a control centre, 20 edit suites and an audience holding area. Designed, installed and operated by Timeline Television, the new Olympic Park studios is a production hub for all the sports content that BT will offer and some programmes will be hosted from the studios.

Timeline Television reports that iCR’s ability to combine a number of parallel real-time processes, together with its unique Unified QC solution, which enables fast and efficient manual review of content along with best quality picture quality, made the platform an obvious choice. 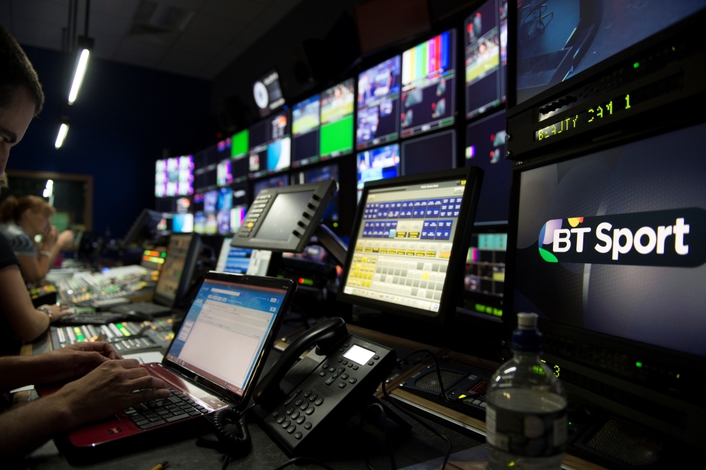 "We chose AmberFin for the BT Sport project because we needed the highest-quality transcoding, QC and re-purposing available, delivered in the least possible time. This was essential in our design for the fast-turnaround workflow which lies at the heart of BT Sport,” commented Charlie Tear, Technical Director at Timeline Television. “AmberFin sits at the centre of the BT Sport workflow, providing file ingest, re-versioning and delivery for BT's three new flagship sports channels. AmberFin's API allows us the flexibility to customise its monitoring, control and integration with the rest of the facility's systems and last but not least, AmberFin's integrated DPP capabilities have helped BT Sport become the UK's first fully DPP-compliant broadcast production hub."

Launched on 1 August, BT Sport broadcasts a range of live sports content including Barclays Premier League football and Aviva Premiership Rugby plus Serie A, Ligue 1, Brasileirão and Major League Soccer from overseas. Additionally, its studios broadcast a range of original debate and information shows every day of the week.

“BT Sport is one of the most ambitious European broadcast infrastructure projects in many respects including the creation of this new leading edge production facility on the Olympic Park,” remarked Jeremy Deaner, Chief Executive Officer of AmberFin. “We’re pleased and proud that AmberFin iCR has proved itself to be the optimum transcode, standards conversion and QC solution for this prestigious new complex.”

Jamie Hindhaugh, Chief Operating Officer of BT Sport said ““At the core of our new studios build is a spirit of collaboration that brings the best of industry – and sometimes competitors – working together toward a common aim: to make the BT Sport studios a world-class hub for the best ideas and talent. We believe talent attracts talent and our partnership has helped us to foster that mind-set.”

About Timeline Television
With a solid history of quality editing for post production and live programming, Timeline is a recognised and reliable name in UK broadcasting. All of the UK’s networks have trusted Timeline to deliver technical and creative facilities for programmes as diverse as live music and awards shows, political conferences, global and domestic sporting competitions, light entertainment and current affairs.
Timeline takes pride in an ability to provide innovative, leading edge broadcast solutions, and a willingness to offer flexible, value-for-money services, which are tailored to the needs of each client.
With two large post production facilities in London and a third in MediaCityUK, Timeline provide state-of-the-art facilities to major broadcasters including BBC, BSkyB and ITV.
Timeline is the industry’s leading authority on shared server systems and specialises in the delivery of IP Director networks.