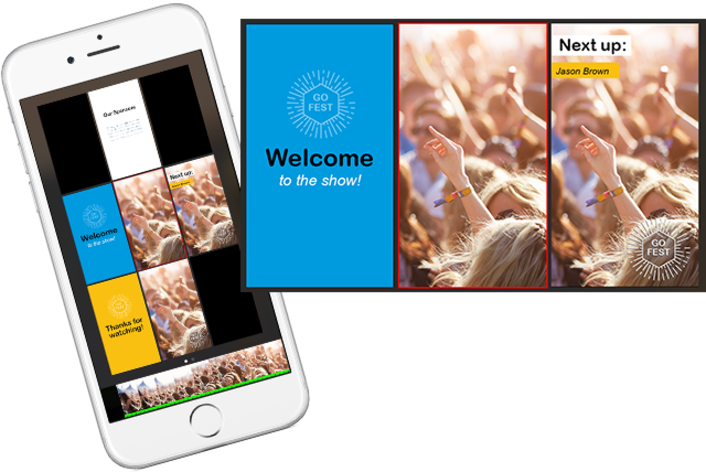 Wirecast Go lets iPhone users turn their device into a mobile broadcast studio; enables creation of live productions with professional look and feel to be sent directly to YouTube and other RTMP servers live

Telestream®, the leading provider of digital media tools and workflow solutions, today announced that Wirecast Go, a mobile live streaming application that converts any iPhone into a live broadcast studio is now available for download from the Apple App store.

Building on Telestream’s experience in live streaming with Wirecast - the streaming production software used by hundreds of thousands of webcasters - Wirecast Go is ideally suited for both professional and amateur iPhone users who want to broadcast breaking news and live events. Wirecast Go combines ease of use with professional features, and offers robust live video streaming to multiple destinations, along with the ability to intuitively brand streams, add a range of graphics, and edit shots.

Whether they are watching a live concert, or participating in a spontaneous flash mob, Wirecast Go lets users share their experience in a professional-looking production directly to YouTube or to any RTMP server with just a few taps.

Wirecast Go is available in two versions. The standard version is free and enables unlimited live streaming to YouTube from an iPhone. It allows insertion of images, logos and graphics from a user's photo library; social chat and sharing; and the ability to save two shots in a shot list. The premium features of Wirecast Go can be unlocked for just $5.99. These enable live streaming to any RTMP (Real Time Messaging Protocol) destination, as well as private or unlisted broadcasts on YouTube. Users can also switch between unlimited numbers of shots, and capture and replay highlights from the live production with just a few taps on the iPhone, which is great for sports and other live events.

“Wirecast Go offers a level of professional production that other consumer mobile streaming apps don’t offer,” said Barbara DeHart, VP of Desktop Business at Telestream. “With the hunger for instant knowledge ever increasing, Wirecast Go fills a huge need for those who want to deliver professional live streams to the world from their iPhone.”