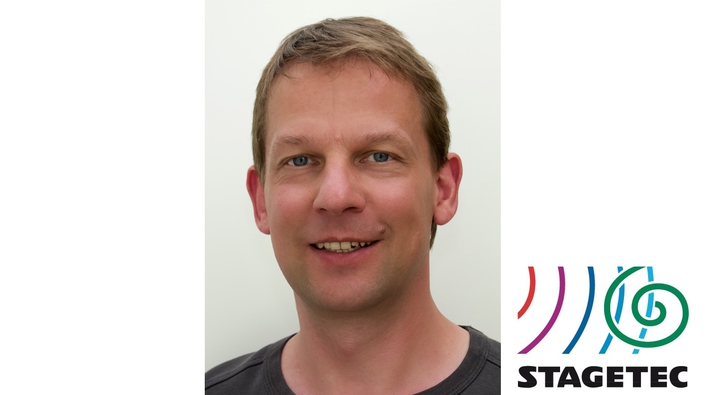 Stage Tec, the Berlin manufacturer of professional audio mixing consoles and routers, has appointed long term employee Dirk Berar as Head of Software and Systems Development. In his new role, the Senior System Architect will coordinate and moderate software development. Dr. Helmut Jahne, Managing Director of Stage Tec, is well acquainted with Dirk Berar's skills: "This position requires somebody with expertise, somebody who is able to motivate a team and is highly customer-oriented.”

Dirk Berar was apprenticed as an electronics technician specialising in communications at Siemens Nixdorf. Subsequently he studied electrical engineering at Technische Universität Berlin, where he graduated with a German Diplom. In 1999, the graduate engineer began his career at Stage Tec in software development, where he worked on developing dynamic automation for CANTUS and CINETRA, the company’s first mixing consoles. Berar was involved in developing the other consoles, AURUS, AURATUS and CRESCENDO right from the start.

Increasingly, Dirk Berar adopted the role of systems engineer, integrating the diverse engineering disciplines at Stage Tec. His responsibilities included project management, requirements management and systems engineering for development projects. "I look forward to driving the development of new products in an innovative team, an exciting challenge for me", says Dirk Berar about his new role.

An independent company based in Berlin, Germany, Stage Tec Entwicklungsgesellschaft für professionelle Audiotechnik GmbH has specialised in developing and manufacturing digital audio equipment. Its flagship products include the digital routers NEXUS and NEXUS STAR as well as the professional mixing consoles AURUS Platinum, CRESCENDO Platinum, AURATUS and ON AIR flex.

Assisted by a business partner, Stage Tec was established in 1993 by 13 engineers (nearly all of whom still work there). The company is headed by Dr. Helmut Jahne, who was one of the founding members of the Stage Tec team and who continues to drive the technological supremacy of the product lines.