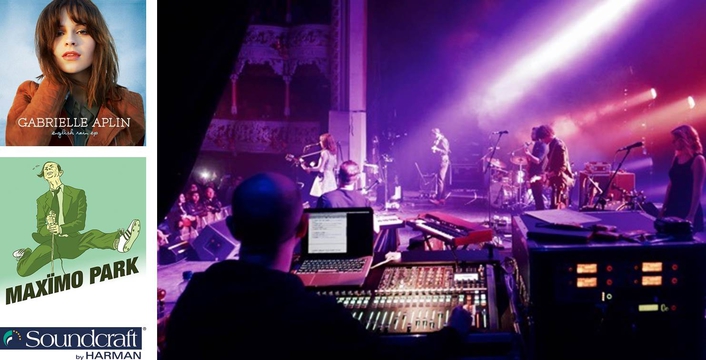 A Soundcraft by HARMAN Si Performer 3 console was the ideal digital live sound mixer for British recording artist Gabrielle Aplin's small venue tour throughout the UK. Its compact form allowed the console to easily fit in smaller venues that ranged in capacity from 200 to 900 people, along with an eight-piece band, and still deliver pristine sound quality.

Independent sound engineer Darryl Walsh worked with Aplin on her tour and helped select the new Soundcraft console after it was decided they would bring their own system to each of the smaller venues. Walsh said he looked at several options but the Si Performer 3 won out because of its small size, ease of use and exceptional sound quality. The console’s 64 channels and eight stereo inputs met the band’s complete microphone and in-ear monitor needs.

“Having never used a smaller mixer, I admittedly had my reservations but these were quickly dispelled after the first day in rehearsals,” Walsh said. “I was so impressed with the sound quality. The in-ear monitors sounded great and all of the band members were happy.”

In fact, Walsh was so impressed that he purchased his own Si Performer 3 console after seeing how flexible it was during the tour. Following Aplin’s small venue tour, he used it as the monitor console for British alternative rock band Maximo Park’s 10th anniversary tour, and on Aplin’s most recent tour.

“The feedback from the bands has been excellent,” Walsh said. “Both Maximo Park and Gabrielle Aplin claimed it was the best monitor sound they’d experienced, especially regarding how clean and smooth the sound was.” 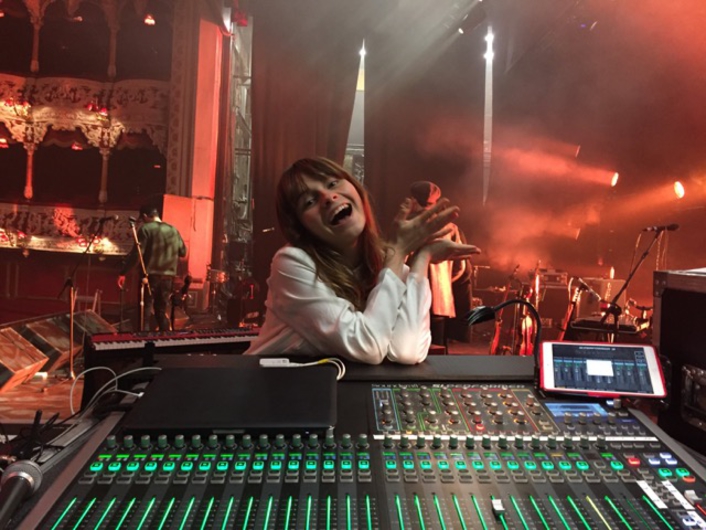 Walsh has worked as a front of house and monitor engineer on the tours of several popular UK artists, including Shane Filan, All Saints, The Saturdays, Little Mix, Tricky, Matt Cardle and Joe McElderry. Walsh had become accustomed to Soundcraft’s Vi Series consoles prior to purchasing the Si Performer 3 and claims the sound quality surpasses other small consoles.

According to Walsh, the layout and usability of the console can’t be beat due to the fact that any fader can be assigned anywhere, with four banks and a dedicated button to send to every mix.
“It is without a doubt the easiest and one of the most pleasant surfaces I’ve used,” Walsh said. “Anyone who has any experience using a console could learn to use this in a short amount of time. It’s a lot simpler than anything else in its class in my opinion and the sound quality wins for me.”

ABOUT HARMAN
HARMAN designs and engineers connected products and solutions for automakers, consumers and enterprises worldwide, including connected car systems, audio and visual products, enterprise automation solutions and connected services. With leading brands including AKG®, Harman Kardon®, Infinity®, JBL®, Lexicon®, Mark Levinson® and Revel®, HARMAN is admired by audiophiles, musicians and the entertainment venues where they perform around the world. More than 25 million automobiles on the road today are equipped with HARMAN audio and connected car systems. The Company's software services power billions of mobile devices and systems that are connected, integrated and secure across all platforms, from work and home to car and mobile. HARMAN has a workforce of approximately 28,000 people across the Americas, Europe, and Asia and reported sales of $6.5 billion during the 12 months ended December 31, 2015.