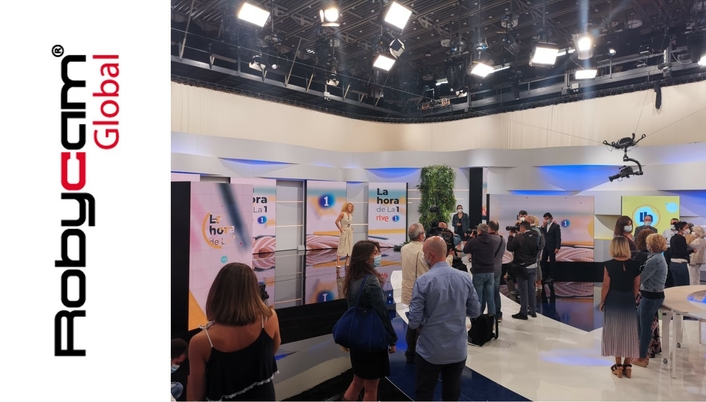 "We are very excited to partner with UP Films Imagen Aerea and bring Robycam to Spain. We value this opportunity to introduce the system to a high-level TV production in studio space and, of course, to welcome the UP Films crew to the Robycam family"

When Spain’s TVE network decided to introduce a new morning show with a different feel and different production options they turned to the industry leader of flying camera systems that they had worked with many times before: Up Films Imagen Aerea based in Madrid. The producers of ‘La Hora de la 1’ and Up Films needed a system that would provide tremendous production value in the small space of Prado del Rey’s existing Studio 1. At the same time, they needed something that would not take up a lot of room in the studio so that every inch of space can be utilized for production. And lastly, they wanted something that would integrate the cutting-edge graphics and visual style that they had envisioned for their new show. After looking at what’s available on the market, Up Films chose to go with Movicom’s Robycam Compact cable-suspended camera system.

We are very excited to partner with UP Films Imagen Aerea and bring Robycam to Spain. We value this opportunity to introduce the system to a high-level TV production in studio space and, of course, to welcome the UP Films crew to the Robycam family"- says Victor Pakhomov, Movicom CEO 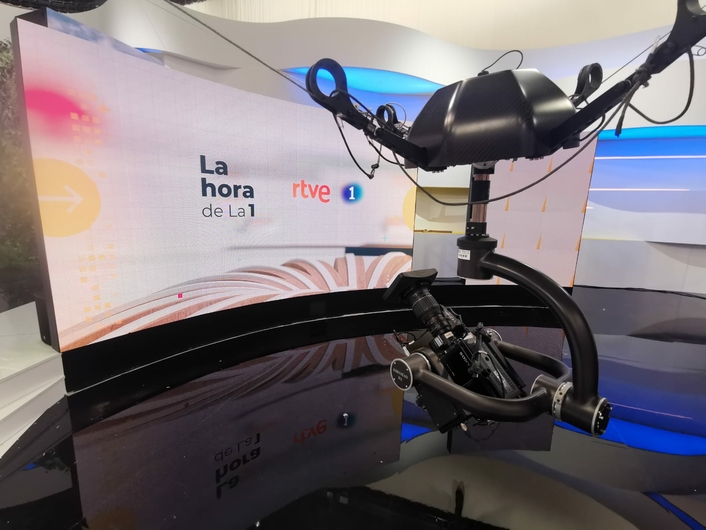 The system´s set-up features a specially- designed smaller camera dolly, the part of the system that actually ‘flies’ over the production area, and smaller winches for moving the camera dolly through space. These can be placed in out-of-the-way areas of the studio thus making the least possible impact on the footprint of the studio. The system features an extremely shallow drop angle of only 4.5 degrees, allowing it to work in low ceiling environments. Yet despite the smaller size of the system it has full positional tracking and camera data compatibility with all major Augmented Reality Graphics systems, like Vizrt which is what TVE chose to use for ‘La Hora de la 1’. This combination allows not only pre-programed moves in the studio space which can be repeated and intercut with regularity, but also any kind of AR graphics can be ‘dropped’ into the 3D space of the studio to enhance the visual environment. 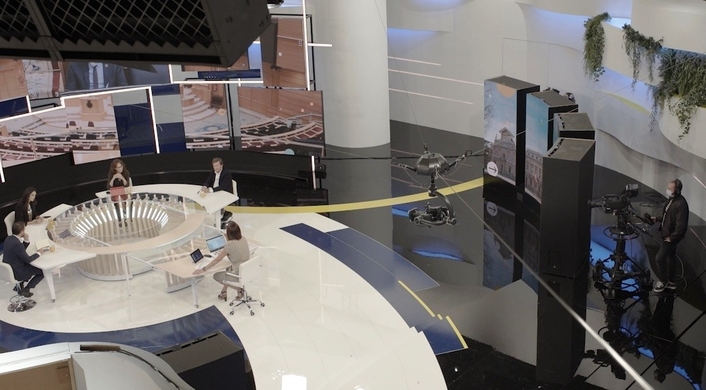 ‘La Hora de la 1’ premiered on September 7th, 2020 and has been building an audience in an already crowded morning show field. The producers hope that the added production value and visual excitement of the Robycam Compact suspended cable-camera system will help to set their show above the field. 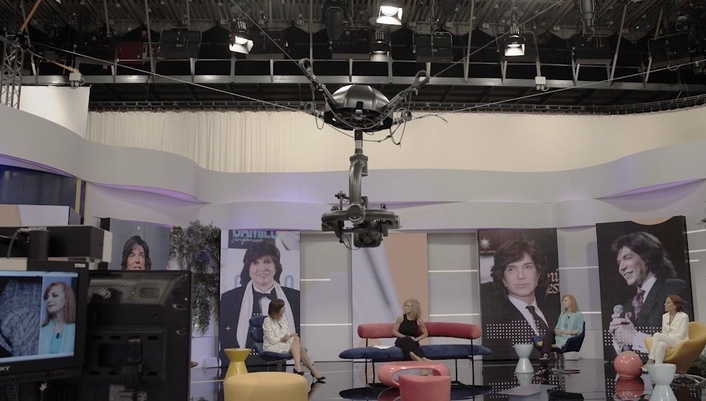 About Up Films Imagen Aerea

Up Films is a Spanish company, specializing in air-stabilized systems, with more than 10 years of experience in mainstream TV shows, events and concerts and being experts in CableCam systems, Cranes and Drones. In 2020 a company has decided to purchase the Robycam Compact 3D system in order to expand his limits in 4-wire suspension systems and real-time AR broadcast.

Movicom is a leading speciality cameras developer and provider. In-house designed and manufactured products form an extensive portfolio of aerial-cable cameras, rail camera systems, remote and gyro-stabilized heads along with remotely controlled robotic Polecam solutions. Globally represented, Movicom products are renowned for its high quality, operational stability and smart design. Backed by on-going support of its engineering team, Movicom is able to provide flexible technical solutions that can be adjusted to particular broadcasting needs. With considerable record of largest sports and cultural events Movicom is recognized for high standard of its operations all over the world.