At the large Nambu University Municipal Aquatics Center, where close to 11,000 spectators watched swimming and diving, the original Robycam 3D cable camera system was installed to take advantage of its large operational area of 200mx200m and flexible installation options. The Aquatics center's domed roof presented a challenge for installation but the Robycam 3D system worked flawlessly providing continuous coverage during the event and broadcast. 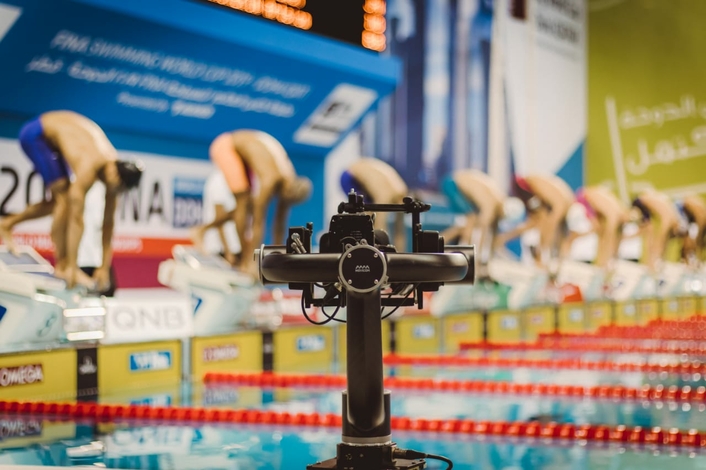 In the smaller Yeomju Gymnasium, which first opened in 1987, the FINA organizing committee built two temporary pools that were used for the artistic swimming events during the championships. The Robycam 3D Compact system was placed here to cover all angles of the event. The lighter and smaller profile Compact system has an operational area of 80mx80m and is perfect for venues where space is tight and time for rigging is limited. 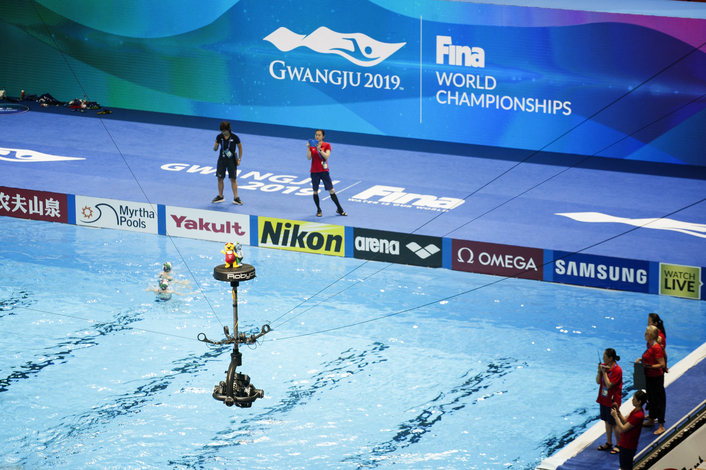 “Our wide portfolio of equipment and technical flexibility was a key factor in our success in Korea” said Oganes Gevorkyan, Head of Operations for Movicom. “All aspects of the project were considered from ceiling height, stadium size, installation time and location limitations, but our team was able to come up with and implement plans to provide two full 3D cable camera systems with different rigging methods, specifically addressing each venue's unique requirements.” 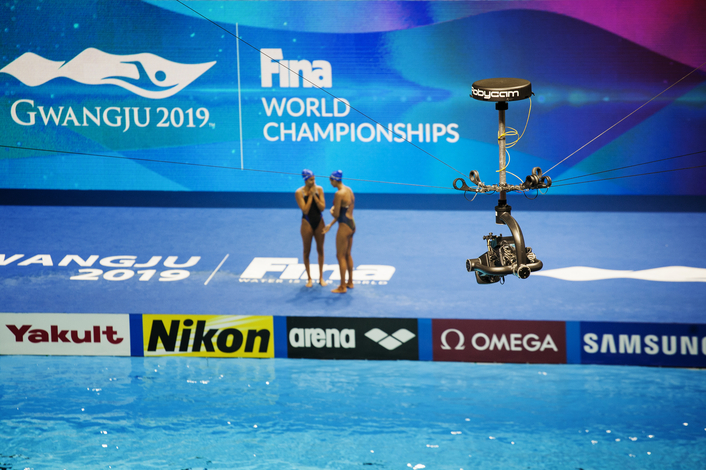 Both Robycam models offer gyro-stabilized heads and are equipped with integrated Compass AR Tracking which allows the use of complex AR graphics as provided by many major broadcast graphics companies. The Motion Control System software that runs the Robycom models allows operators to record camera movements, then reproduce and even adjust these recorded flying paths. Replicating desired trajectories is of great benefit for AR and graphics integration or while working in close proximity to physical objects. System safety is a priority,  so the operational software is designed to set safety zones which can easily exclude physical objects from the Robycam's working area, this guarantees the system's safety and eliminates human error in the heat of the broadcast moment. 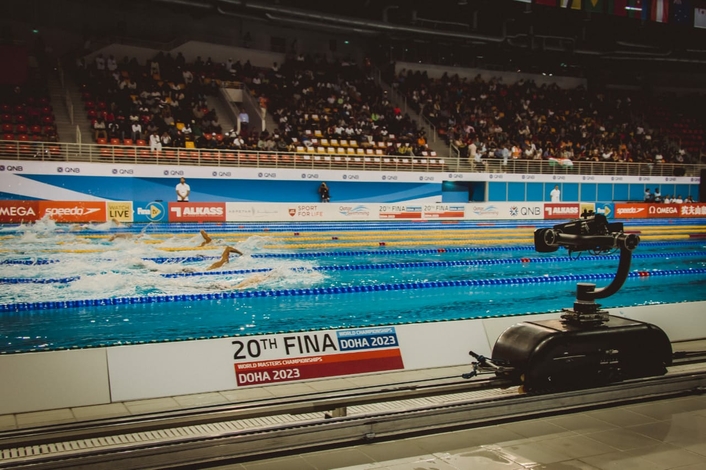 At the Doha FINA Swimming World Cup 2019 in Qatar, in partnership with the French company DEEP VISION, specialized in underwater filming, another solution by Movicom - the Robyrail track camera system with a Gyro-stabilized R3 Head was used to cover competitive swimming
events. Movicom also provided several POV cameras at the start and finish positions to fill out the broadcast coverage.

The Robyrail system uses a monorail system thus keeping its working footprint minimal, a critical feature at poolside, yet achieving staggering speeds of 13 meters per second to match peak athletic performance. Fiber-optic cable is used for video and power to keep the system light and fast. The system software allows for maximum customization of speed, safety areas and even automated move operation. The Robyrail system was deployed alongside the 50m pool at the Hamad Aquatic Center in Doha, covering every race and keeping track of all the action.