Opus – German Stage Award – has been presented during Prolight + Sound in Frankfurt am Main since its inception. The presentation ceremony for the Opus – German Stage Award – will be held together with the presentations of the Sinus – Systems Integrations Award, the Musikmesse International Press Award (MIPA) and the Prolight + Sound Press Award (PIPA) in ‘Saal Europa’, Hall 4.0, at 18.00 hrs on 6 April 2017. These presentation ceremonies are part of a gala evening at the fair, an important meeting place for the sector.

The Opus – German Stage Award – has been given for outstanding achievements in the fields of theatre and stage productions, live events and open-air events since 2002. A jury of experts from the industry, associations and trade publications, as well as representatives of Messe Frankfurt, honours new, exceptional approaches to the creative use of technology. Following the introduction of a new set of rules, the entire collective achievement behind the winning projects can now also be recognised – previously, Opus could only be awarded to individuals. The honorary award is sponsored by the Professional Lighting & Sound Association of Germany (Verband für Licht-, Ton- und Veranstaltungstechnik - VPLT), the European Association of Event Centres (Europäischer Verband der Veranstaltungs-Centren - EVVC) and Messe Frankfurt GmbH.

On the basis of the artwork for Garvey’s current album, ‘Prisma’, Glatthor designed a dynamic, three-dimensional stage setting with an abstract tree trunk rising above the drummer’s platform in the middle. Thanks to the well-thought-out positioning and the choice of illuminants, the branches and the huge tree trunk can be erased from the stage by modifying the lighting and made to reappear as if by magic later. Thus, the stage is extremely dynamic and can adapt continuously to the changing content, dramaturgy and mood of the songs. 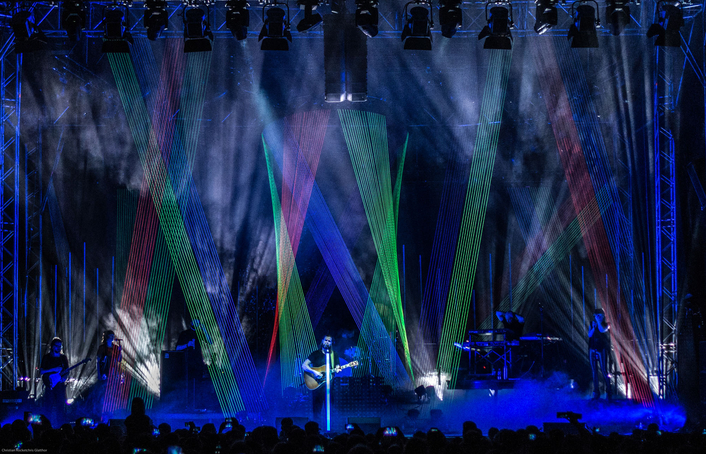 The concept, which makes clever use of hundreds of specially made rubber bands, is underscored by numerous unconventional ideas ranging from microphone stands illuminated by controllable LEDs, via specially made, organic-looking platforms for the musicians, to an efficiently downsized ‘dimmer city’ that cuts truck space, weight, costs and even CO2 emissions.

The extraordinary stage design delighted fans and scene insiders at 25 venues with around 200,000 visitors during the last festival season. Given its great success, the ‘Get Loud Open Air Tour’ will be continued in 2017.

‘The Robbers’ at the ‘Residenztheater’ in Munich

The production of Schiller’s drama by director and stage designer Ulrich Rasche places the protagonists in the wheelwork of a gigantic man-machine-music theatre, “to surprise the soul during its most secret operations”, as Schiller wrote in his introduction to ‘The Robbers’. The focal point of the set is an imposing conveyor-belt construction, the idea for which was realised by the technical departments of the ‘Residenztheater’ in just under a year. As an unceasingly marching mass of humanity, Schiller’s figures become part of this overwhelming apparatus. Underscored by the music of composer Ari Benjamin Meyers, the result is a disturbing mood of foreboding that sets Rasche’s production apart from other interpretations of the play. 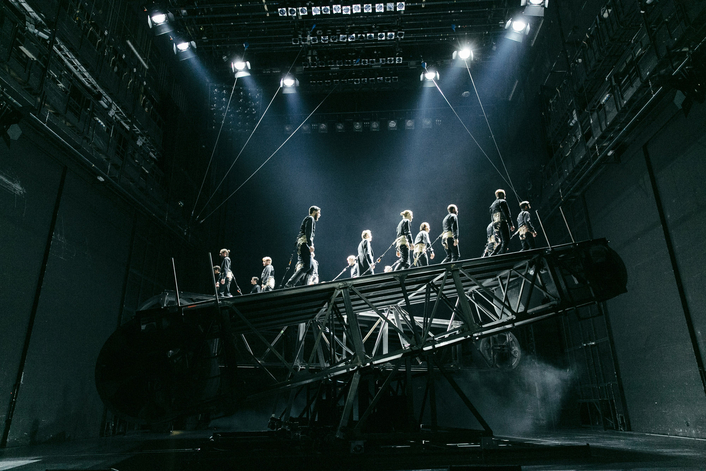 Technical Realisation category: ‘The Robbers’ at the ‘Residenztheater’ in Munich

‘The Robbers’ premièred in the ‘Residenztheater’ on 23 September 2016. The leading roles are played by Valery Tscheplanowa and Franz Pätzold as unequal brothers, Franz and Karl Moor. Gerrit Jurda was responsible for the lighting. Director Ulrich Rasche made a name for himself in the German theatre world with, inter alia, productions at the ‘Staatstheater Stuttgart’, the ‘Volksbühne Berlin’, the ‘Theater Bonn’ and the ‘Schauspiel Frankfurt’ theatres.

Background information on Messe Frankfurt
Messe Frankfurt is one of the world’s leading trade fair organisers, generating over €640* million in sales and employing 2,364* people. The Messe Frankfurt Group has a global network of 30 subsidiaries and 55 international sales partners, allowing it to serve its customers on location in 175 countries. Messe Frankfurt events take place at approx. 50 locations around the globe. In 2016, a total of 138* trade fairs were held under the Messe Frankfurt umbrella, of which more than half took place outside Germany.
Comprising an area of 592,127 square metres, Messe Frankfurt’s exhibition grounds are home to ten exhibition halls. The company also operates two congress centres. The historic Festhalle, one of the most popular venues in Germany, plays host to events of all kinds. Messe Frankfurt is publicly owned, with the City of Frankfurt holding 60 percent and the State of Hesse 40 percent.