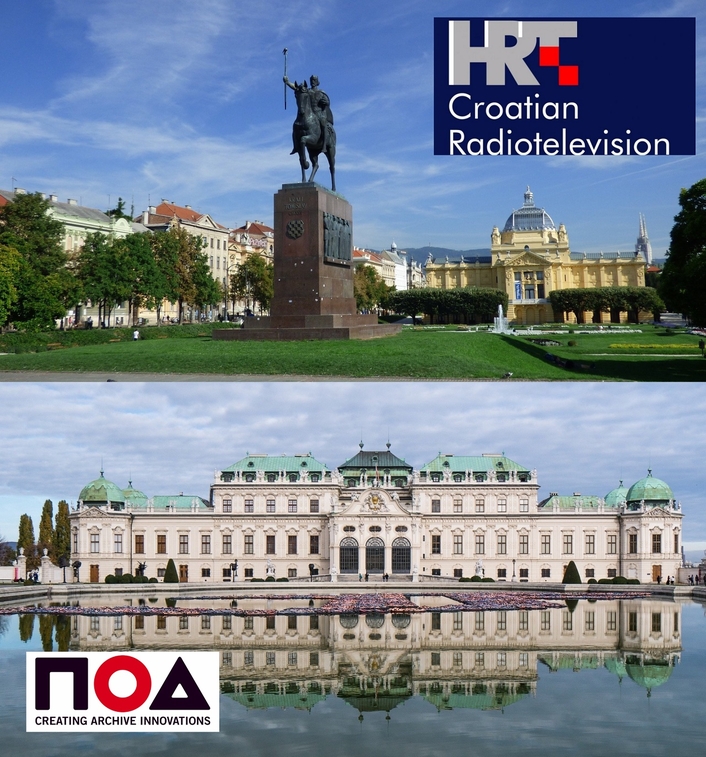 In March the COVID-19 pandemic swept over Europe and the world, causing most nations to go into lockdown. This left many broadcasters scrambling to figure out how to maintain a steady stream of programs to their audiences who were stuck at home. Croatia’s public radio broadcaster HRT is one example of a media house that found itself having to work remotely on very short notice. When reality struck, HRT’s archiving department immediately contacted AV digitizing and archiving specialist NOA GmbH to request support in this endeavor.

Even though HRT’s 40 producers were at home, they still needed to ensure the programming flow. Like most broadcasters, they weren’t able to physically create new programs during lockdown so they were required to repurpose content. This meant they had to retrieve audiovisual material from the archives and repackage it for their listeners. That per se might seem simple enough, but they didn’t have the necessary web licenses that would allow them remote access to the repertoire.

“We actually could have never imagined that one day we would ask our producers to work from home. The surreal setting found us completely unprepared,” said a HRT representative of the archive department. “Fortunately, NOA was there to lend a hand by providing us with 40 temporary web licenses for free. This was a truly noble act and from a business point of view, it’s increased our trust in NOA as a technology partner enormously.”

The entire scenario was unprecedented for HRT and its staff as it was for every other human being around the world. And to make matters more complicated, the broadcaster didn’t have extra budget to invest in these web licenses so they could remotely access NOA’s mediARC asset archive management system located at HRT headquarters.

“We were really glad we could help HRT in completing their production tasks by allowing 40 creatives to be connected through our web license,” added Christophe Kummer, NOA managing partner. The unparalleled storyline has driven so many industries to opt for online tools and in this case the in-house approach was the best one.”

NOA’s mediARC AAM solution delivers comprehensive media content description with its advanced metadata tools. It allows users to enrich legacy essence with content-related information and store it inside a central repository, where it will remain for many years. At present, more than 7,000 seats around the world rely on NOA mediARC to manage up to 20 million searchable metadata items and media objects per installation. These institutions include national archives and broadcasters in Sweden, Belgium, Mexico, Slovenia, Slovakia, Croatia, Romania, Bulgaria and the United Arab Emirates.

HRT is a national public service broadcaster, mainly financed by viewer/listener licence fees and advertising. It has well exceeded a million radio and television listeners/viewers. Its headquarters, alongside Croatian Radio, Croatian Television and Music Productions, are housed at the new building complex at 3 Prisavlje, on the bank of the river Sava, just south of the centre of Zagreb. HRT has seven regional radio stations and five regional TV centres. It has three national and seven regional radio channels, two terrestrial TV channels and one satellite TV channel broadcasting in Croatian. Since 1997, HRT radio and television programmes have also been broadcast digitally via satellite throughout Europe. The two international programmes, “Voice of Croatia” on radio and “Picture of Croatia” on television, are broadcast throughout Europe and overseas, notably in countries with large Croatian communities, such as Australia and the Americas.