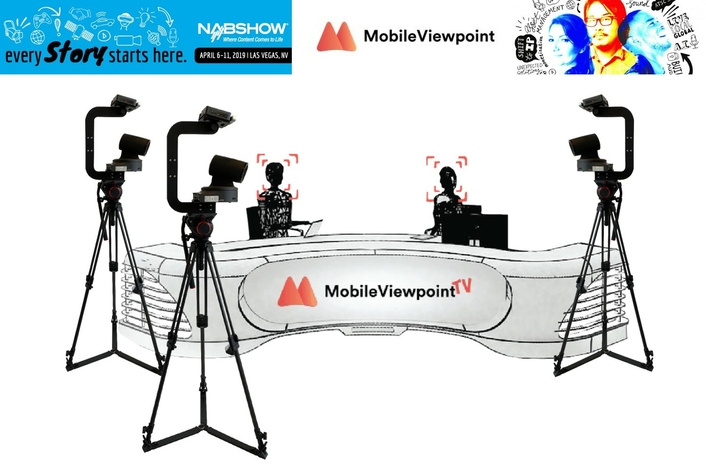 Mobile Viewpoint, a leader in IP contribution solutions, today announced that it will be demonstrating its upgraded artificial intelligence (AI)-driven live production solutions at NAB 2019. IQ Sports Producer and VPilot both use AI algorithms to track and capture live content, automating the production process for broadcasters and content producers – including sports clubs.

IQ Sports Producer is an all-in-one live production and streaming solution designed especially for sports. It combines a fixed-position 32MP 180° camera that can cover an entire field of play, with Mobile Viewpoint’s AI engine, which tracks players, balls or other objects during a live game. IQ Sports Producer creates a virtual camera out of the 180° which tracks the position of play during a match or game. The solution is targeted at smaller and lower league sports clubs and teams, who receive little regular TV coverage. 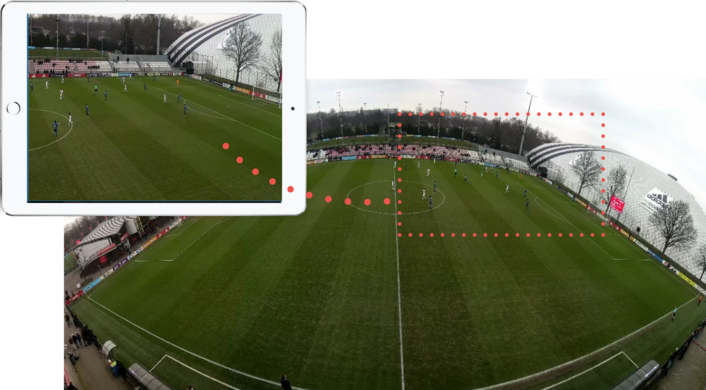 IQ Sports Producer had been upgraded with extra AI-enabled 4K cameras to cover more specific areas of a field or pitch, for example, close to the basket or goal, to provide a better viewing experiences closer to a standard multicamera production. The system by default supports IP cameras, but is now also available with SDI-inputs, supporting multiple stitched 4K cameras at 60 FPS. At NAB, Mobile Viewpoint will be showcasing the technology with a live ball tracking demonstration.

“AI is playing an increasingly important role in the production of live content – especially in sports, it can be used to track and record specific movements or players, reducing the need for entire film crews. Smaller sports clubs, who want to promote their games but don’t have access to full-scale production facilities, can benefit from AI technology tremendously, ” said Michel Bais, CEO of Mobile Viewpoint. “The updates to our AI-driven products IQ Sports Producer and VPilot ensure that sports clubs, broadcasters and content producers get the most out of the technology, and support them in the best way possible as they strive to deliver more live content.”

New features to VPilot include its use of AI to support the automatic insertion of name tags based on image recognition, meaning that it can tag who is speaking and who has joined a conversation automatically. Alongside this, Mobile Viewpoint has also added voice recognition to enable automatic display of overlays based on who is, for example, joining a news broadcast by phone. Alongside this, Mobile Viewpoint has also incorporated a CasparCG compliant interface into VPilot, which makes it possible for customers to ingest overlays and ticker tapes from their existing production environment.

Mobile Viewpoint has added RAVENNA, AES67 and Dante audio input interoperability, which makes it possible to replace audio cables from microphones and other audio sources with a single ethernet wire, and interface with third party audio panels or directly with a digital microphone.

Mobile Viewpoint will be conducting live demonstrations of IQ Sports Producer and VPilot at this year’s NAB Show, taking place between 8 – 11 April 2019, on stand C3307.