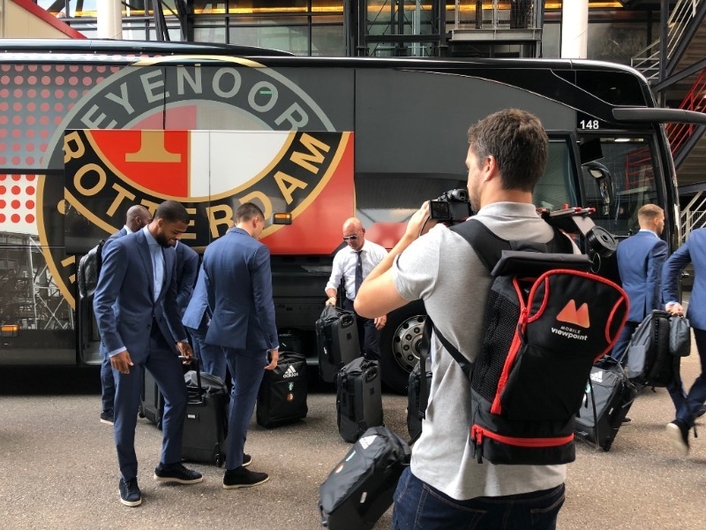 Footballclub Feyenoord wanted to reach their fan base and expand their audience, while also connecting with potential clients online. Choosing Mobile Viewpoints platform of IP contribution including the clipping solution SpotOn, Feyenoord can now provide live coverage and clips of games, training sessions, press conference, and live Q&A’s with players. With this technology live and on demand videos can now be published on the Feyenoord website and their social media account instantly.

Bas Abresch, Team Lead Content of Football Club Feyenoord: “With this technology we can reach out to our fanbase more easily. Social media gives us the ability to reach a large audience at any given time. Mobile Viewpoint’s technology has offered us greater portability and reliability, enabling us to stream high quality video and share interesting moments online within seconds. We already saw an increase of our online reach and our original posts are shared massively.” 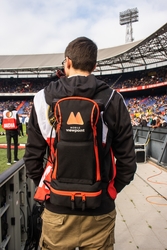 Michel Bais, managing director Mobile Viewpoint: “We see that football cubs are looking for new means to engage with their fans and to provide attractive content on multiple platforms on a daily basis. Not only of their first teams, but also for lower league and youth teams. Our technology enables this in a cost-efficient way and unlocks new ways to promote their club.”

About Feyenoord
Feyenoord is a professional football club from Rotterdam, founded on July 19, 1908, which plays in the Eredivisie. The home base is Stadium Feyenoord, which is popularly called De Kuip. The football team is one of the three traditional top clubs in the Netherlands. 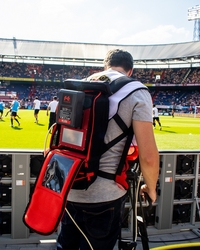 Feyenoord won the national championship fifteen times, thirteen times the KNVB Cup, once the European Cup I (the forerunner of the Champions League), twice the UEFA Cup and once the World Cup. Partly because Feyenoord was the first (and until now the last) Dutch club that won an international prize, it plays historically a leading role in Dutch football. In the UEFA ranking of the best clubs in Europe, Feyenoord is in 62nd place on 23 August 2018.

About Mobile Viewpoint
Mobile Viewpoint is a global player, focusing on the development and implementation of IP transmission solutions for both the broadcast and security industries. Its H.264 and now H.265 HEVC codec implementations, combined with patented technology, allow for HD video to be transmitted over bonded IP connections. Mobile Viewpoint also has a range of artificial intelligence-driven production and storage solutions, supporting broadcasters and content owners in the end-to-end delivery of video content.
Customers include major broadcasters, such as BBC News, Al-Arabiya, Sky Sports News, EBU.