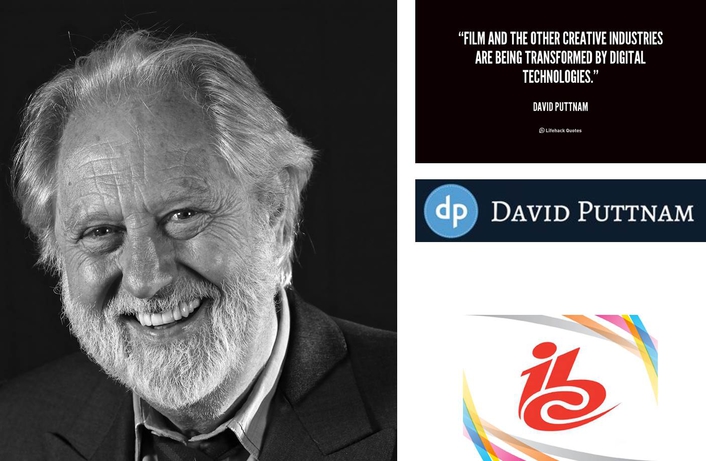 IBC announced today that Lord Puttnam will deliver a keynote address at the forthcoming IBC Conference on Sunday 11 September 2016. Oscar-winning film producer, educationalist and politician Lord Puttnam will address a broad spectrum of issues including the extraordinary growth of Facebook and YouTube; the impact of technology on creativity; the likely effects of the UK’s EU Referendum vote on the creative sector and the media's role and responsibility in trying to reverse the potentially catastrophic loss of public trust.

Lord Puttnam is the Chair of Atticus Education, an online education company based in Ireland. Atticus, through a unique arrangement with BT Ireland, delivers interactive seminars on film and a variety of other subjects to educational institutions around the world. Lord Puttnam spent 30 years as an independent producer of award-winning films including The Mission, The Killing Fields, Local Hero, Chariots of Fire, Midnight Express, Bugsy Malone and Memphis Belle. His films have won ten Oscars, 25 BAFTAs and the Palme D'Or at Cannes. From 1994 to 2004 he was Vice President and Chair of Trustees at the British Academy of Film & Television Arts (BAFTA) and was awarded a BAFTA Fellowship in 2006.

He retired from film production in 1998 to focus on his work in public policy as it relates to education, the environment, and the creative and communications industries. He was Deputy Chairman of Channel 4 Television (2006 - 2012), Chair of The Sage Gateshead (2007-2012), founding Chair of the National Endowment for Science, Technology and the Arts (NESTA) and, for ten years Chair of both the National Museum of Photography, Film and Television and the National Film and Television School.

Entitled “Transformation in the Digital Era: Leadership, strategy and creativity in media and entertainment”, the IBC2016 Conference will see more than 300 executives sharing insights on key issues at the heart of the entertainment, media and technology sector.

Lord David Puttnam of Queensgate, CBE
In 1998 he founded the National Teaching Awards, which he chaired until 2008, also serving as the first Chair of the General Teaching Council from 2000 to 2002.
From July 2002 to July 2009 he was president of UNICEF UK, engaging with issues as diverse as water security and child trafficking.
In October 2013 David stepped down as Chancellor of the Open University a post he was appointed to in 2006, following ten years as Chancellor of The University of Sunderland.

He is the Republic of Ireland's Digital Champion; President of the Film Distributors’ Association; Chair of the TSL Advisory Board; Chair of the Academic Board, Pearson College; a UNICEF Ambassador, and Adjunct Professor of Film Studies and Digital Humanities at University College Cork.
In 2007 he was appointed Chairman of the Joint Parliamentary Committee on the Draft Climate Change Bill, having performed the same role on the 2002 Communications Bill.
He has been Chairman of two Hansard Society Commission Reports on the relationship between Parliament and the Public and has served as a non-executive director on a number of public companies.

He has also served as a trustee of the Tate Gallery, the Science Museum, the Thomson Foundation and a great number of other organisations.
David was awarded a CBE in 1982, a Knighthood in 1995, and was appointed to the House of Lords in 1997.  In France he was made a Chevalier of the Order of Arts and Letters in 1985, becoming an Officer in 1992, and a Commander in 2006.