Alex Mahon: A Journey from TV to VR 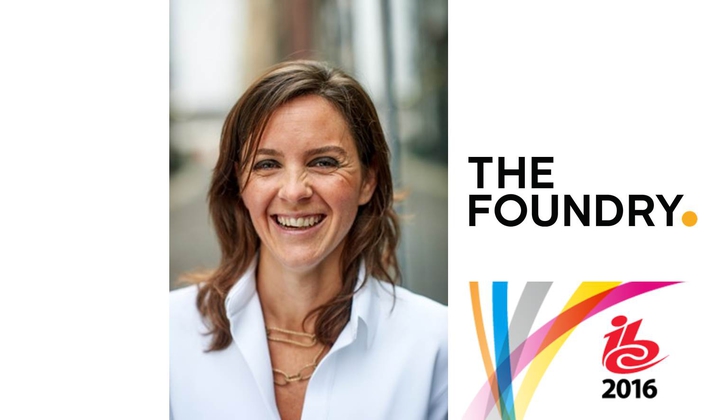 Alex Mahon, CEO of The Foundry

Alex Mahon, ex-CEO of Shine Group and now CEO of The Foundry, will talk us through her journey from traditional TV to the new world of VR and special effects, and discuss some of the most exciting products of her new company at a special IBC2016 Conference session, on Friday 9 September at 9:30.

Alex Mahon is the CEO of The Foundry, a leading global developer of creative software used to deliver high-end visual effects and 3D content for the design, visualisation and entertainment industries. Clients including Pixar, Weta, ILM and Mercedes Benz, and its tools are behind award winning movies such as Star Wars, Lord of The Rings and Interstellar, with every single film nominated for the best VFX Academy Award in the last five years made using The Foundry’s software.

At the forefront of virtual reality, The Foundry is working with leading players in the industry, from Nokia to Google, to help them create immersive experiences, to fulfil the demand of this growing sector.

The high-growth company was founded in 1996 and is headquartered in London, with 300 staff in Silicon Valley, Los Angeles, Shanghai and the UK. In 2015, the company was acquired by HgCapital.

Alex was previously CEO of Shine Group, departing in 2015 after successfully completing the sale of the company into a new joint venture between 21st Century Fox and Apollo Global Management. She joined Shine as Managing Director in 2006 and built the group through M&A and organic growth into an organisation with 27 creative labels in 12 countries and brands including MasterChef, Biggest Loser, Broadchurch, Spooks and The Bridge. Prior to this, Alex had a career in media across Europe – at Talkback Thames, FremantleMedia Group and RTL Group. This followed on from her early career as a PhD Physicist and also at strategy consultants, Mitchell Madison Group, working in the internet retail sector.

Alex is currently Non-Executive Director of Ocado Plc., and The Edinburgh International Television Festival, Chairman of the RTS Awards, serves on the DCMS advisory panel on the BBC and is also Appeal Chair of The Scar Free Foundation, a national charity pioneering and transforming medical research into disfigurement.