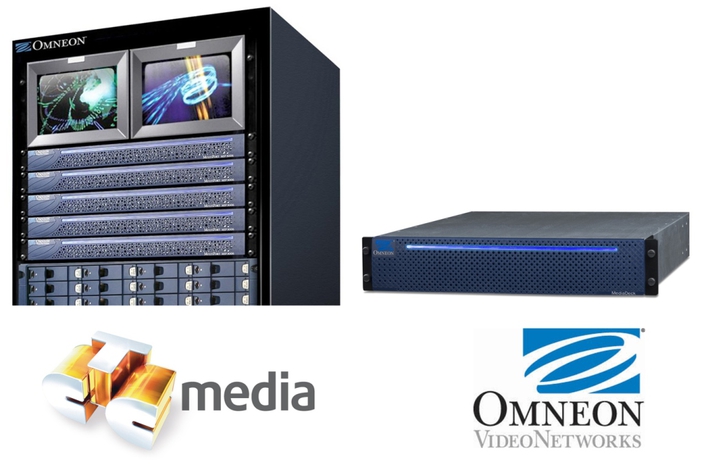 "Changing technology and lack of support for our previous server systems led us to look at a new playout solution, and the Omneon Spectrum and MediaDeck systems offered key benefits that suited our tapeless model," said Alexander Dekevich, chief information officer at CTC Media. "The Omneon server systems enable easier IT integration than competing products, and they come backed with better support and an API that facilitates their optimization within our end-to-end workflow."

"Given the extensive reach and viewership achieved by CTC programming, the reliability of the network's playout systems is of the utmost importance," said Geoff Stedman, senior vice president of marketing and business development at Omneon. "The Omneon installation at CTC demonstrates the flexibility of Omneon server systems in supporting tapeless operations in conjunction with other leading solutions for digital media management and distribution."

CTC was launched in December 1996 and today is a leading entertainment network in Russia. CTC broadcasts an optimal mix between Russian productions and international programming of interest to its target audience, viewers aged six to 54, with a particularly strong appeal to younger audiences. CTC's powerful brand has strong recognition with a broad cross section of viewers attracted by its original and dynamic programming, which has a youthful and aspirational outlook. Approximately 100 million people are within the CTC signal reach. In 2008, CTC achieved an average overall audience share of nine percent and an average audience share in its target demographic of 12.2 percent. CTC now ranks as the fourth-most-watched nationwide broadcaster in Russia overall. Further details are available at CTC's website

Omneon Inc. is a leading provider of scalable media server and active storage systems that optimize workflow productivity and on-air reliability for the production, distribution, and management of digital media. Omneon is a pioneer in the use of advanced IT technologies and open systems for broadcast applications, producing a modular and expandable video server architecture in the Omneon Spectrum(TM) media server. The Omneon MediaGrid(TM) active storage system delivers centralized content storage that is scalable in capacity, bandwidth, and media-processing power. The company has an extensive global presence with customers in more than 50 countries on six continents. Omneon is on the Web at