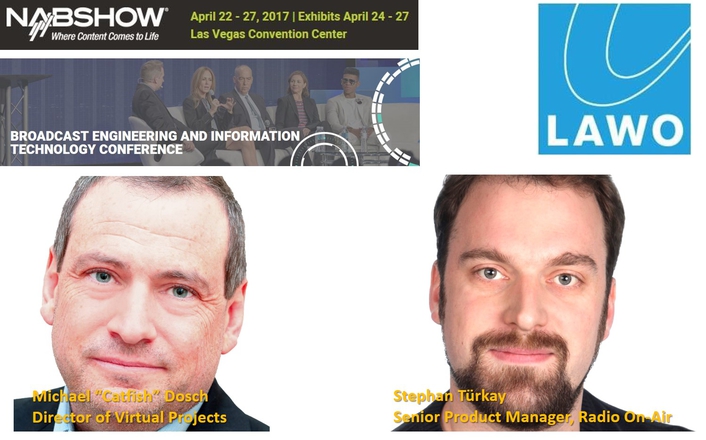 As Radio facilities become increasingly computer-centric, savvy radio engineers have been actively seeking IT technology that complements and enhances broadcast operations. This trend is so prevalent that NAB has renamed their tech conference at spring NAB, now calling it the Broadcast Engineering and Information Technology Conference.

According to Türkay, “It’s only natural that radio wants to take advantage of the huge power available in today’s PC platforms. We eliminated tape machines and carts 20 years ago in favor of PCs, and PC power has doubled many times over since then, but we still use it in the studio just for playout! There’s a lot we can do with that power.”

“Virtualization has been a dominant trend in Information Technology over the past years,” notes Dosch. “IT has found that moving processes to Virtual Machines results in more scalable systems, more reliable infrastructure, and systems that can be quickly diagnosed and administered remotely. Moving audio mixing, codecs, phones, audio processing and other tools out of hardware, and into the virtual domain along with playout, will help broadcast studios to become more reliable, serviceable, and scalable too.”

“That’s why we refer to virtualization as ‘AoIP 2.0’”, Dosch says. “The first wave of AoIP united physical devices – the mixing console and audio peripherals – via Ethernet. The second wave will take the software apps that replace those physical devices and unite them, using IP inside a virtual machine environment.”

In their white paper, Dosch and Türkay will discuss the computing power now available to broadcasters, examine already-existing software tools that can be used to shift studio infrastructure from racks to the cloud, and give real-world examples of what such convergence looks like in modern broadcast plants.

The paper will be presented during the Radio Technology session at NAB 2017, on Monday, April 23, at 10AM.