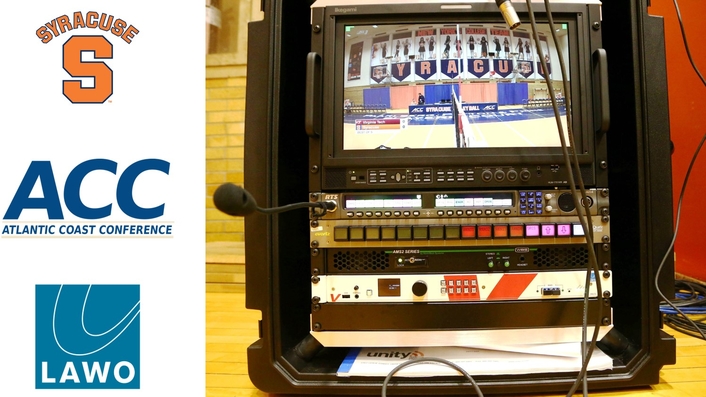 Dramatic changes in sports production mean that sending an OB mobile to sports venues and broadcasting on local cable TV no longer provides an adequate education for aspiring broadcasters. With a history of producing both great student athletes and media professionals, Syracuse University’s Athletics department and its Newhouse School have expanded their facilities to prepare students for today’s real-world broadcasting.

Key to the technical support for the new venture is an expansion of the existing Newhouse School infrastructure – increasing its use of audio and video equipment from German innovator, Lawo.

Previously, the school had sent a TV truck out for its students to create content. “We no longer have to take the control room to the venue, and can now connect multiple venues to a central control room,” explains Neal Coffey, Manager of Operations and Engineering at Syracuse University’s Dick Clark Studios. 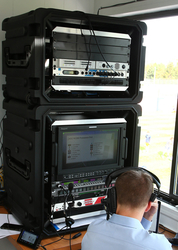 “The goal of the Atlantic Coast Conference Network (ACC) initiative is to connect five Olympic sport venues via fiber-optic lines to the Newhouse School and Carrier Dome. These venues include soccer, field hockey, volleyball, ice hockey, and softball,” Coffey continues. “This will allow production control rooms in the Newhouse School to send and receive signals to produce a complete event. This will include multiple cameras switched with replay, graphics, and commentary.”

The SU ACC Network initiative will provide Newhouse students with practical sports production experience while creating Olympic sports content for the ACC Network. This is an extension of the conference’s existing rights agreement with ESPN, the ACC’s exclusive worldwide rights holder. Set to run until 2039, the partnership gives ACC fans unprecedented access to live events via a comprehensive, multi-platform network, while also bringing new academic opportunities to Syracuse students seeking a career in media.

The Newhouse School completed an $18 million renovation in 2014 launching the Dick Clark Studios and Alan Gerry Center for Media Innovation. The ACC Network initiative added broadcast infrastructure to support the learning opportunities for students in sports production and sports journalism: “The goal is to produce approximately 70 games this current academic year,’ Coffey elaborates. “To date (end of October 2017), we have produced 24 games that include men’s and women’s soccer, field hockey, and volleyball. This is a great real-world laboratory for our faculty members to teach in.” 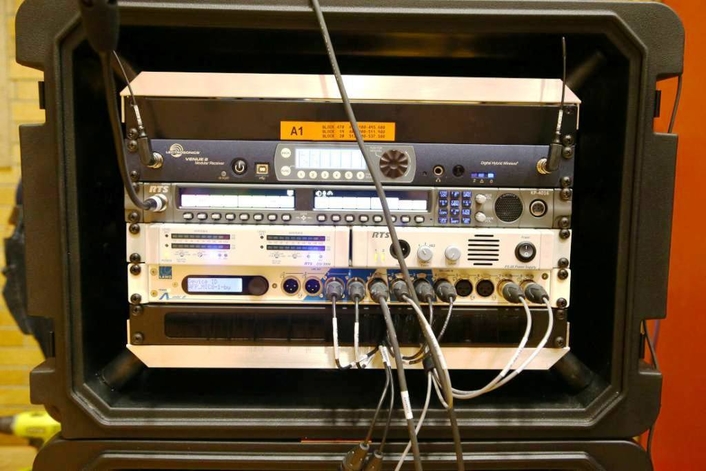 In all, 278 strands of single-mode fiber directly connect the Olympic venues to Newhouse’s three control rooms, with another 278 strands connecting them to the Carrier Dome. This will extend production capabilities for Men’s and Women’s Basketball and Lacrosse.

With the existing audio infrastructure at the Newhouse School using a Lawo mc²56 mixing console and Nova73 router, the integration at the sports venues has added two Lawo V_remote 4 units (announcer replay and official replay), a Lawo LCU Commentary Unit, and Lawo A_line and A_mic8 for EFX mics.

The infrastructure gives students real-world experience in producing sporting events with modern technical equipment: “Before, an analog OB truck needed to be driven around to the venues and set up,” Coffey emphasizes. “Now our students are just bringing cameras and I/O units to the field of play, connecting to the fiber links and starting remote production. 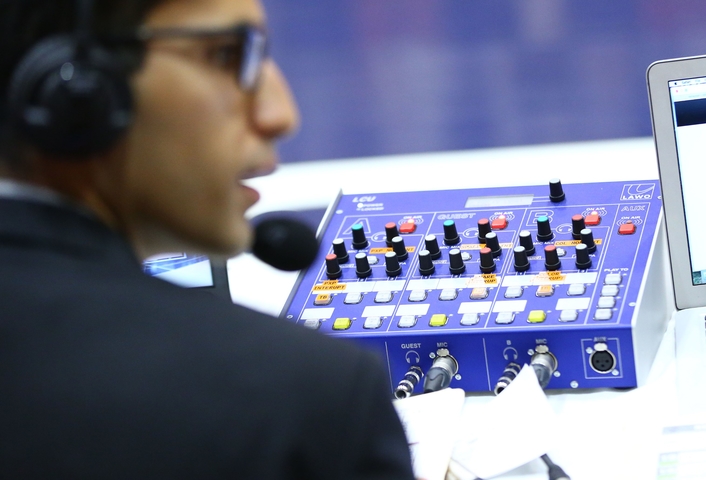 “Students gain experience with professional equipment and are familiar with it after leaving university, giving them more chances for starting off their business career,” he states. “There is also a marketing aspect, as this supports the branding of Syracuse University as an educational institution.

“This is just the beginning of this exciting initiative,” concludes Coffey. “We expect the technology to grow and evolve as our sports production needs expand.  It is a unique collaboration that will serve both current and future athletes and media professionals at Syracuse University.”